It will be available to all brands starting Nov. 14 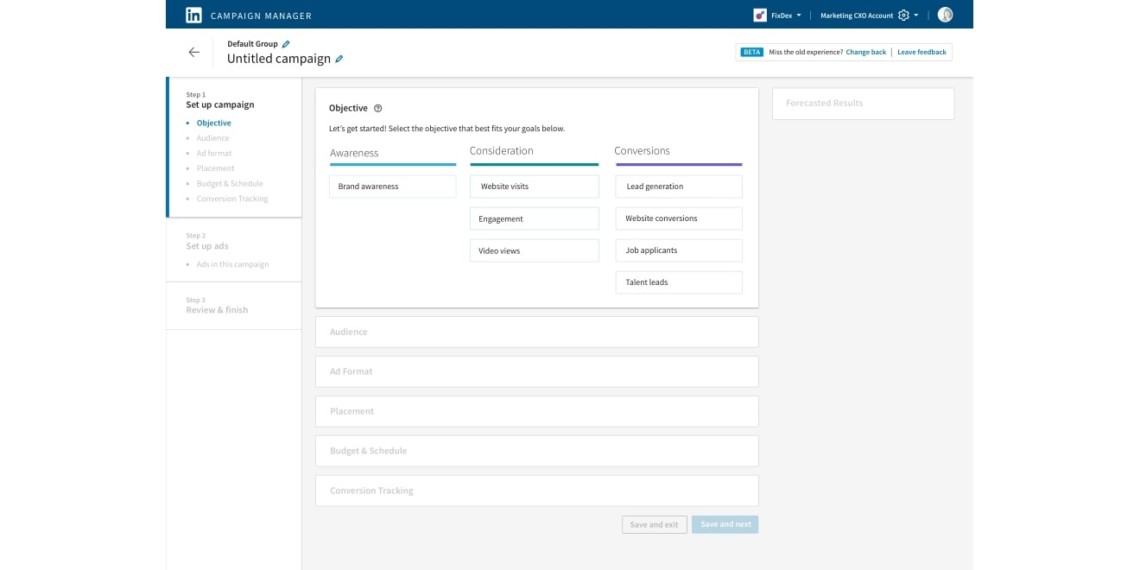 LinkedIn’s campaign creation experience will be customized based on a brand's primary objective
LinkedIn
Share
By David Cohen
|
November 5, 2018
Share

Group product manager Nikin Julka said in a blog post that the new experience will be available to all LinkedIn advertisers starting Nov. 14, describing it as a “complete overhaul” of Campaign Manager and saying that it will “lay the groundwork for objective-based optimization and pricing to come mid-2019.”

Once advertisers choose the primary objective of their campaign—driving clicks to a website, lead generation, video views—LinkedIn’s campaign creation experience will be customized based on that objective.

Julka said only ad formats and features that support the primary objective will be surfaced, and “other enhancements” have been added to guide advertisers through each step of the process. He also highlighted several improvements: 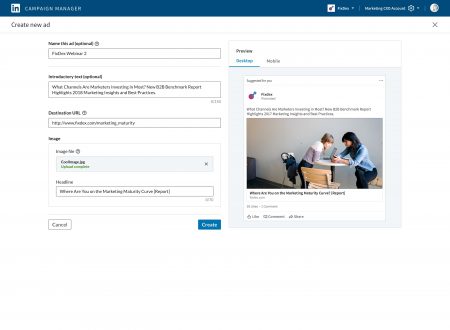 Julka said the new campaign creation flow works seamlessly with the reporting experience it introduced in July, adding, “Objective-based advertising will serve as the foundation for future innovation to come, making it easier and more intuitive to launch ads and meet your business goals on Campaign Manager.”