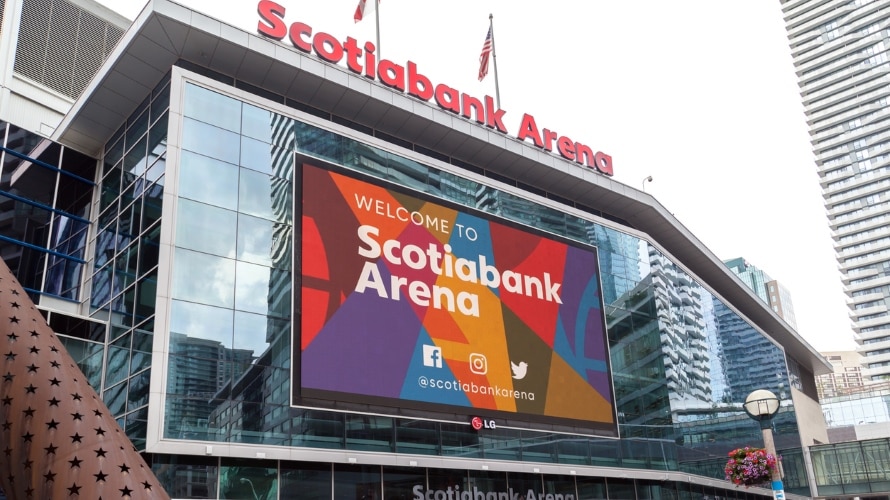 Scotiabank Arena, home of the Toronto Raptors - Credit by JHVEPhoto/iStock

One of the suites at Toronto’s Scotiabank Arena was Twitter Central during game two of the National Basketball Association Finals Sunday night.

The Golden State Warriors defeated the host Toronto Raptors 109-104 to knot the series at one game apiece.

The game was witnessed from Twitter’s suite by five of the most influential NBA Twitter personalities and over 10 of the most engaged fans on the social network, with the fans learning of their invites via surprise direct messages.

The social network will repeat the stunt at game three of the NBA Finals at Oracle Arena in Oakland Wednesday night.

In addition to the occupants of the suite Sunday night, famous fans in attendance at the game included former President Barack Obama, Shawn Mendes and, of course, Drake, the Raptors’ unofficial ambassador.

The most-tweeted-about players during game two were:

And the most-used hashtags were:

Twitter also shared some of the tweets that originated from its Scotiabank Arena suite:

Great food and beer. Vip at the @Raptors game pic.twitter.com/TMbRwAwvgL

Won a ticket to the @TwitterCanada suite for game 2 of the NBA Finals @Raptors game!!! What a day!! Didn’t expect this when I woke up this morning. Thank you @TwitterCanada!