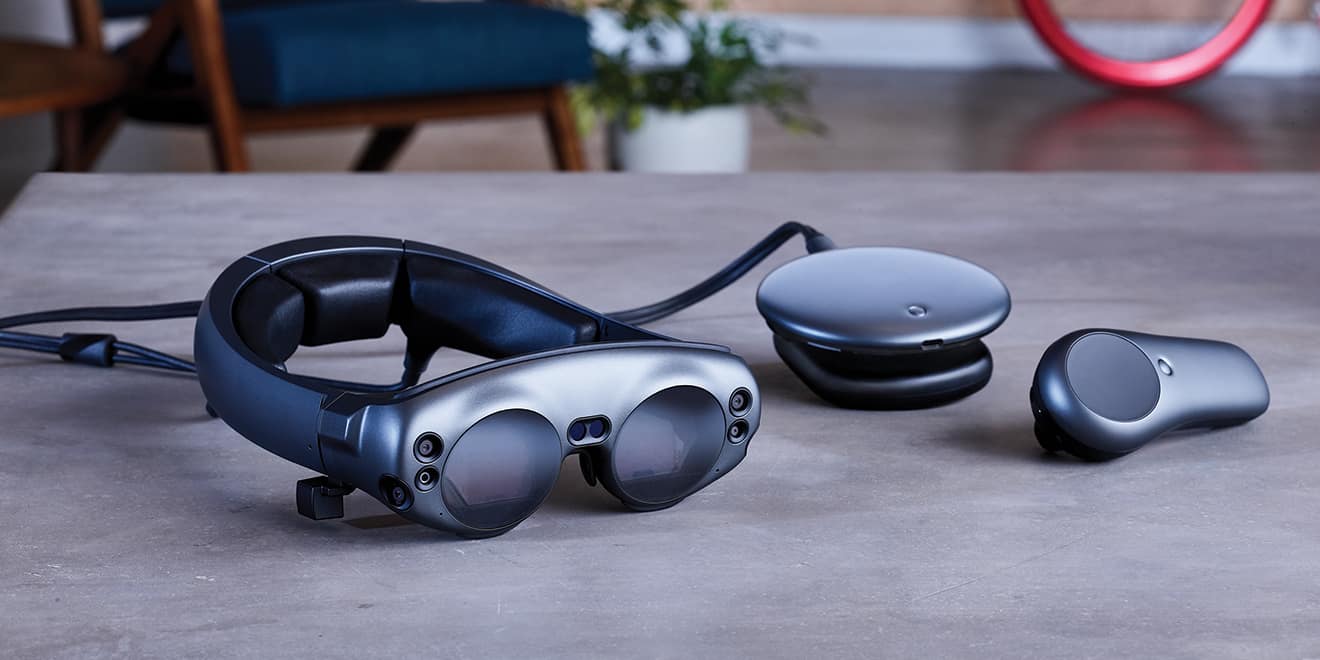 Today, the company announced it’s begun shipping the Magic Leap One Creator Edition. The model, which will be available to developers in “limited quantities,” marks the broadest—albeit still small—distribution of the technology, which has been the subject of hype and scrutiny for its secrecy and massive amount of funding. (According to Crunchbase, the company has raised $2.3 billion without ever releasing a product, with investments from companies such as Google and Alibaba.)

The long-awaited device won’t be cheap. According to Magic Leap, the first edition will cost $2,295 and includes the headset, computing pack, handheld control, chargers and a few apps.

“Join us on a mind-expanding journey into the outer reaches of human creativity,” the company said in a press release. “Magic Leap One Creator Edition is a spatial computing system that brings digital content to life here in the real world with us. Its unique design and technology lets in natural light waves together with softly layered synthetic lightfields, enabling creators to build unbelievably believable interactive experiences and create worlds within our world. And this is just the beginning.”

While the One Creator Edition is clearly aimed at developers, it is shipping with a few consumer-centric programs. There’s Tónandi, a collaboration between Sigur Rós and Magic Leap Studios—which lets users watch and hear the dreamy Icelandic band perform in AR. (The company teased this out a few months ago.)

Another program is Create, which Magic Leap describes as a “playful sandbox mixed reality experience” that lets users paint, build and draw in AR. It also gives some signs of how AR might transform our real world into something more magical. For example, a house that looks like it’s underwater, or a knight and a dinosaur fighting on a coffee table.

While virtual reality has been slow to reach broader adoption, many have said augmented reality would be faster to catch on with the mainstream. Part of that bet has been because AR is possible on devices ranging from phones and tablets to headsets.

Apple, Facebook and Google have been among the platforms to bet on AR, releasing their own developers, while Snapchat and Pokemon Go creator Niantic have made their own playful splashes over the past few years. Meanwhile, Microsoft’s HoloLens has piqued the curiosity of some creatives and developers.

Among the first partners is Wayfair, which used Magic Leap to create a way for people to place furniture in a real-world environment. (IKEA has already done this as well, but the Swedish company’s only requires an iPhone.)

AR developers among the first to get their hands on a headset say they see a lot of potential for Magic Leap—features that include eye and hand-tracking technology that lets the headset interact more naturally with a person’s body. However, many say the drawn out reveal might have hurt its potential—at least in the short-term.

“I think there was a ton of hype for this launch and that might have been a disservice to where we are in the industry,” said Marc Jensen, chief innovation officer at agency Space150. “Reality will not meet expectations today—especially with the great promo videos they’ve put out. This headset has set a new standard, but it’s another iterative step in the progression toward AR taking over as the dominant computing platform of the future. People who want that future to be here now (and this to be some sort of tipping point) are going to be disappointed.”

However, that shouldn’t stop brands and agencies from experimenting, Jensen said.

Others that haven’t tried the One Creator Edition yet are eager to get their hands on it. Courtney Harding, co-founder of AR/VR agency Friends With Holograms, said she plans on buying a headset for her office. However, she said all the hype leading up to the debut might have created unnecessary pressure.

There’s also another elephant in the room: Will Apple come out with its own headset? While Apple has been quiet on its own, there have been plenty of rumors and reports that the company—which tends to let others be first out of the gate—is working on a device of its own.

“To quote Tom Waits a little bit: no one knows what they’re building in there,” Harding said.

Right now, in the mass adoption cycle, both augmented reality and virtual reality largely remain in the hands of innovators and early adopters—they have yet to move over into the sweet spot of mass market users. But as more people adopt to the technology, the price will come down.

Tom Goodwin, head of innovation at Zenith, said people tend to buy solutions—not devices. For example, people bought the iPhone to have access to the internet, and they buy televisions to watch programming.

According to Goodwin, augmented reality such as the type promised by Magic Leap might be also looked at as a metaphor for how we should perceive and interact with the real world and the digital world.

“I think people that work in technology are not necessarily that good with working in society,” he said. “They think it’s hardware and code when it’s more about humanity and empathy.”