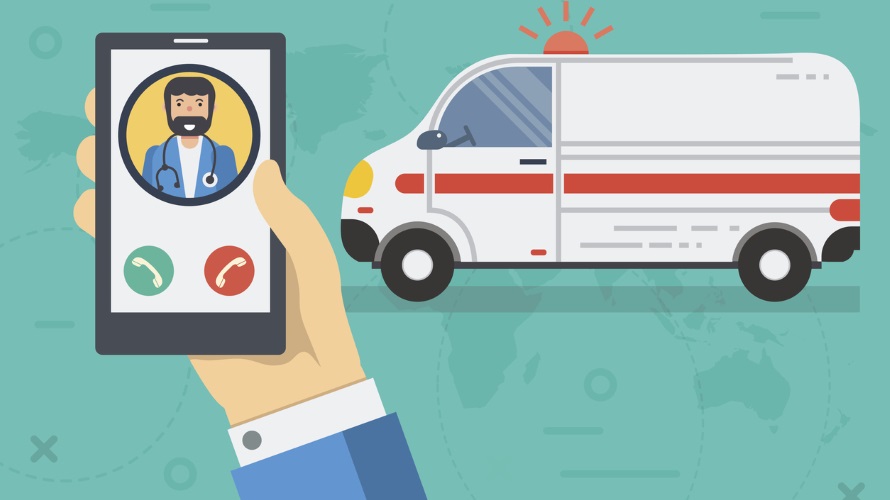 A mass shooting in Little Rock, Ark., last July led Facebook to activate its Safety Check feature—a crisis-response system that is gaining new recognition in the aftermath of terror. The social media tool invites users to mark themselves as safe and send requests to others in the region—those listed as “not marked as safe yet.”

Law-enforcement teams have actively encouraged people to log on in times of crisis. After the attack on Barcelona last August, police asked people to communicate via social media in order to avoid overwhelming telephone lines.

Critics say that Safety Check encourages panic and promotes an individualistic attitude to global crises. Yet the use of social media is arguably a powerful instrument in the fight for improved city security.

Population growth and economic expansion have driven city-dweller figures up in recent years. More than one-half of the global population now lives in cities. And this rapid urbanization has created “hotbeds of unrest,” as the World Economic Forum warns.

Traditional call-based emergency service systems are insufficient and outdated, leaving an increased number of people vulnerable in a crisis. But new applications that harness a wealth of big data, from real-time location to historical behavioral data, are uniting communities and offering safety in numbers.

While highly populated regions become victim to the most atrocious terror attacks and hate crimes, as spaces get larger and more packed, general violence in the city is also a growing issue. Overall crime may be down in the U.S., but homicides are up in major cities.

Identifying and tracking violent crime is difficult because not all crimes are reported. In the U.K., Unesco recently discovered a hidden surge of domestic violence and violence against women, challenging the assumed decline of violence crime. Similarly, U.S. college campus sexual assault figures, estimated to be one in five, are likely to be far higher. The Department of Justice has estimated that 80 percent of campus rapes go unreported.

As The Atlantic’s Alia Wong reported, crime rates tend to be in line with “whether a given school is a place where students feel comfortable reporting the incidents.”

The evidence makes a clear case not only for improved city security, but also better crime reporting services. And as public fear over crime and violence surges—soaring to a 15-year high in 2016—there’s intense pressure on local authorities to protect against both large-scale terror attacks and silent sufferers.

For those willing and able to report an incident, the 911 phone-based calling system requires a person to dial, speak the local language and relay specific location information for first-response teams. This isn’t always possible—for instance, in cases of domestic abuse, or when a person does not know where they are.

The federal government estimated that more than 10,000 people die every year in the U.S. due to inadequate location accuracy in the current emergency service tools. Some 70 percent of emergency calls are made from cellphones in place of home phones, which are particularly hard to track, and this proportion of mobile calls is expected to rise.

In contrast, a smartphone owner can book an Uber with a few taps or basic voice commands. GPS navigation and tools like Waze use crowdsourced traffic data to help drivers map the fastest routes. Google Maps has already predicted where we want to go before we’ve even stepped out the door. Meanwhile, our local firefighters might struggle to find us if we stray too far from home.

The next-generation 911 is long overdue, boasting Internet-protocol-based networks and text and visual tools for ease of use and to help share more valuable data. But this dream barely scratches the surface of what is already possible with today’s mobile technology—enabling fast communications between fragmented systems, automated alerts and, ultimately, saving lives.

While Facebook Safety Check touts smart integrations in an already popular online setting, with advantages such as GPS location tracking and known social circles, Google is challenging the tech titan with its own spin on social security.

Google’s Trusted Contacts automatically tracks traveler location, visible to chosen friends and family, even if the phone is offline, and it sends timed alerts in emergencies.

The Safelet bracelet from Everfind, for example, is an alarm-enabled accessory that is configured to send a distress call via the mobile application. The wearer can select a list of “guardians” to alert (including the police). In a crisis, they hit the emergency panic button, which sends the user’s location and activates their microphone, which automatically records an audio message.

These mobile apps provide superior communication channels that make use of real relationships and public services, and they are light years from the anachronistic 911 calling system. However, their true power is not simply in facilitating rapid responses to emergency situations, but through collecting and analyzing data trends, modelling and predicting dangers in order to help prevent violent crimes from ever occurring.

New social app Onde Tem Tiroteio (Where Is There a Shootout) was created by locals in the region sharing real-time alerts on social networks like Twitter and Instagram.

And tools like PrePol help police departments by using historical trends to map regions where increased crime is likely to occur. These tools can be done on a city level to transform urban spaces creating transparency and isolating pockets of danger. Layered with personal data, this creates the possibility of a truly smart travel companion.

In the hands of local communities, a new form of neighborhood watch can share their data—using social media profiles, historical behaviors and intelligent tools to read emerging trends. In this urban utopia, Big Brother isn’t watching you: He’s there on the street with you, opening doors and enabling free, safe movement.

Marc-Johann Kavantsaari is founder and CEO of GuardianX, a personal safety app that uses crowdsourced technology to tackle global violence.