Covid-19 has forced the media industry to reconsider time. Specifically, how much time it takes to build, test and collect data before releasing a new product for readers and advertisers.

As the coronavirus put pressure on media organizations to disseminate information as accurately and as widely as possible, newsrooms and product teams have also fast-tracked new products.

“The pandemic is an acceleration of what trends were happening anyway,” said Paul Hardart, clinical professor of marketing at NYU Stern School of Business.

In the short term, media organizations hope these products will continue to meet reader demand and draw advertisers at a time when they could especially use the revenue. In the long term, it may redefine just how much time it takes to innovate and release new products.

Publishers’ earlier efforts to diversify revenue streams with in-person events are moot because of social distancing orders. And in this storm, they’re left trying to juggle whether to enact layoffs, pay cuts or furloughs during an economic crisis with no precedence.

“To survive as a business, they’re going to have to start releasing products in a fast way and respond to changes in the marketplace,” Hardart said.

Here at Adweek, on March 2 we created a blog-style tracker, three weeks later we launched a daily livestream, and in the weeks since have started a weekly future-focused video series, two new podcasts, and created additional resources for creatives and marketers.

‘It is a speed that is very much new to us’

At Politico, new products are usually kicked around for about two months while the team quietly shops them around to potential sponsors. But Covid-19 changed that.

At the March 9 morning meeting (virtual, of course), the media organization dreamed up a newsletter to give timelier updates on the coronavirus. Politico Nightly went live that night, a timeline that “is unheard of,” Kissel said. 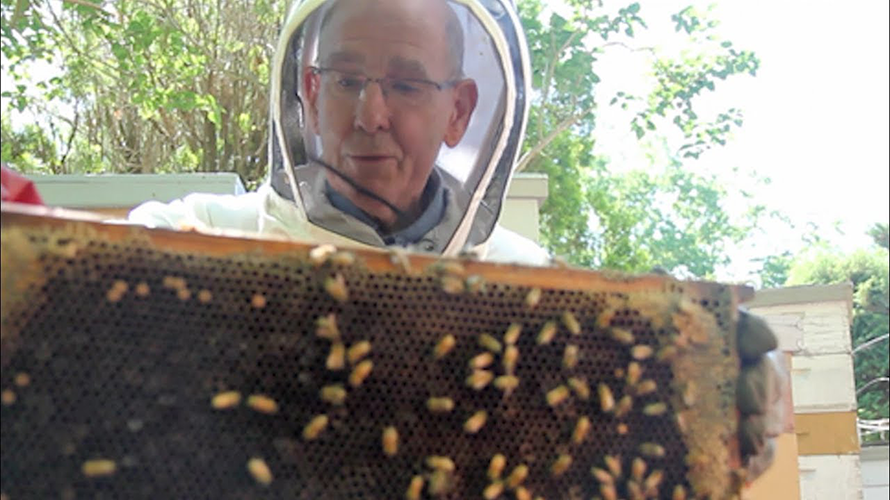 And within days of its creation, Politico monetized the newsletter with client Ro Pharmaceuticals. Other advertisers have included PhRMA.

Politico also turned its live events into virtual briefings, with reporters giving first-hand looks at their stories tracking the crisis as it unfolded. “It is a speed that is very much new to us and something we were trying to find pre-crisis to drive the organization,” Kissel said. “This has been an incredible experience for us to see how fast we can go if we force ourselves to.”

Bloomberg Media has announced two new products in the last several weeks, including a live interview series and a new vertical, Screentime, devoted to covering the business of streaming services.

From ideation to execution, the new interview series, called Leadership Live with David Rubenstein, was created in two weeks instead of the typical 10-week timeframe. It went live Monday.

To make it happen, the teams have prioritized video calls rather than emails and phone discussions while getting these products off the ground.

“With some of these features, you don’t have a window to debate and discuss this for weeks on end,” said M. Scott Havens, global head of digital and media distribution at Bloomberg Media. “There’s no way that would’ve happened if we were working in the office. There wouldn’t have been the need to do it at a record pace.”

The show, which features Rubenstein interviewing industry leaders, lives across platforms and could provide an accurate record for how business was conducted in these uncertain times, said Julia Beizer, chief product officer at Bloomberg Media.

“Some of the products we’ve brought to market have been discreet tactics that are all in support of our underlying strategy: provide utility for our users to keep them coming back and engaged,” Beizer said.

Bloomberg Media, which has harnessed its international newsroom to cover the virus, has seen a traffic increase along with the rest of the industry. The month of March, for example, had the strongest traffic on record for the Bloomberg digital network with 119 million unique visitors. In turn, the number of new subscribers in March increased by 80% from the previous month, according to the privately held company.

‘All hands on deck’ at The New York Times

As Covid-19 began its march around the world, The New York Times turned to a live blog to disseminate information as quickly as possible. The format, which had been used previously to cover debates and sporting events, began to expand its scope in response to the scale of the unfolding crisis.

Populating the live blog, which exists outside of the paywall, has become a newsroom-wide effort, including pulling in journalists who have had their beats affected by Covid-19 to report on the pandemic’s broad-ranging effects. It’s been an “all hands on deck” response to covering the virus with different desks contributing to the effort, including sports writers, according to Sam Dolnick, an assistant managing editor at the Times.

“The virus has reshaped so much, including much of the world we cover,” he said.

A newsletter the Times created to address the coronavirus with a “non-hysterical tone” quickly grew to hundreds of thousands of subscribers, according to Dolnick.

A month after the virus aggressively moved through the U.S. and stay-at-home orders were put in place, the Times saw an opportunity to offer more positive looks at quarantine life through an ongoing series called At Home that includes recipes and tips on how to stay sane.

The newsroom’s expanded audio team has also offered moments to step back from the news, with projects like 10-minute mini podcast episodes in The Daily’s feed called A Bit of Relief. On Sunday, select stories from the magazine can be streamed, and the Times just created a new podcast series with Wild author Cheryl Strayed.

“It definitely increased the urgency and made us want to speak to the moment and not overthink things, and engage with this giant story that is upending so much of life as we know it right now,” Dolnick said. “Without the crisis, we would have taken a lot more time to develop this stuff and to work on it and refine it, and the virus made us hungry to just get it out in the world.”

Both editorial and commercial teams are moving faster than ever to get new products off the ground, according to Pete Spande, publisher and chief revenue officer at Business Insider.

Significant projects on either side usually take between four and 12 weeks to go live. But in less than a month, the editorial team created series interviewing industry leaders at home—such as this one with economist Gary Shilling as he tended bees in his backyard.

The pressure to create new products to react to changing reader behavior or marketing trends is driving “invention and experimentation,” Spande said, adding, “There’s a lot of innovation in individually small doses that ultimately is driving a lot of engagement and new feature use.”