Message Replies Are Rolling Out Globally on Facebook Messenger

They work for text, photos, videos, GIFs and emojis 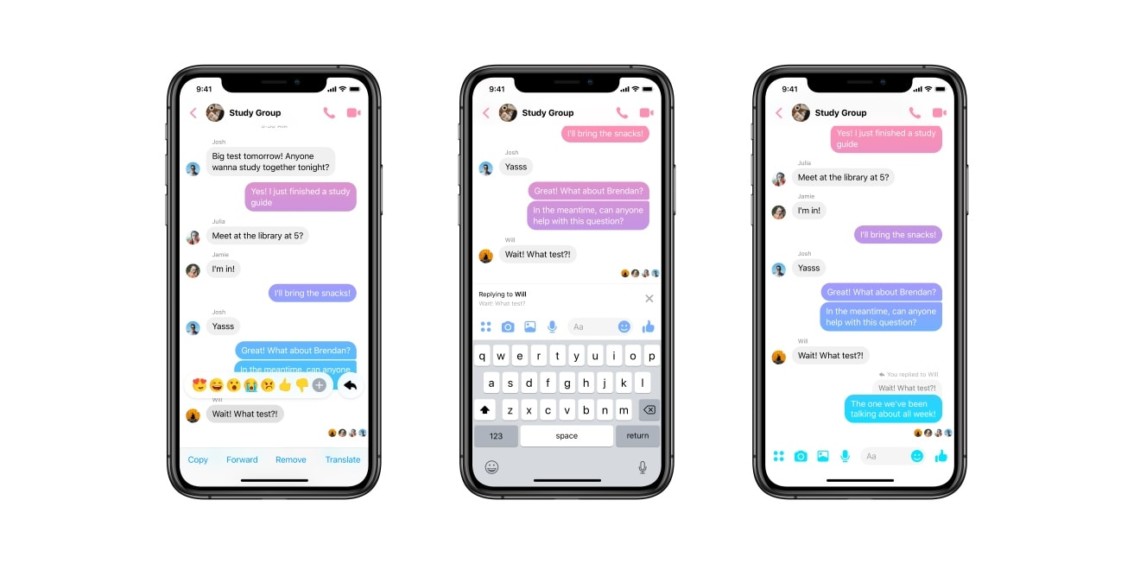 Facebook’s continuing efforts to revamp and simplify its Messenger application took one more step forward with this week’s global rollout of message replies.

Messenger users can long-press on messages—text, photos, videos, GIFs and emojis—and then tap the reply icon.

The full original message will be displayed in the text thread so that it’s clear to participants exactly which message is being responded to.

The Remove for Everyone feature was rolled out globally in February, giving people 10 minutes to delete messages to individual people or groups.

And earlier this month, dark mode was added to Messenger.