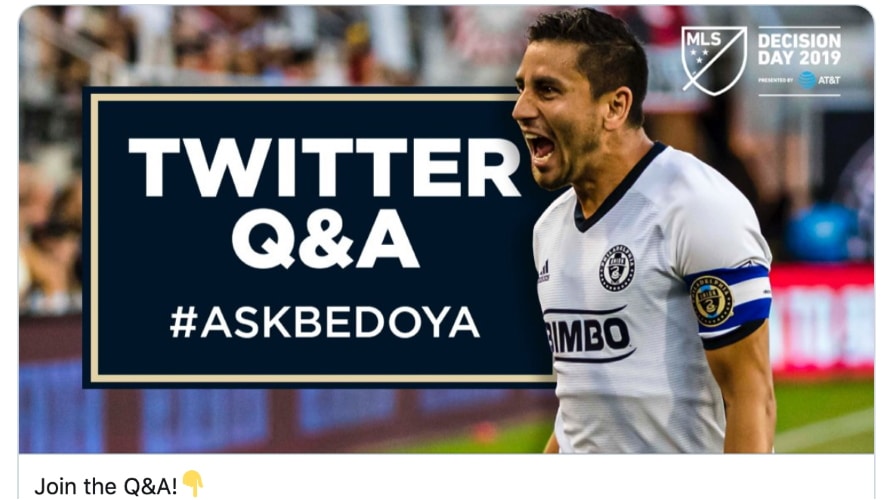 A Twitter Q&A with players in the 2019 MLS All-Star Game drew over 1,000 engagements per video response - Credit by MLS

The Major League Soccer regular season ended with Decision Day Presented by AT&T Sunday, with every team playing at the same time to determine the upcoming playoff slate, and the league took the opportunity to look back at its social and digital accomplishments.

Senior vice president of media Chris Schlosser, who is in his 11th year with MLS, said of the past season, “We set all new benchmarks for consumption, creation and innovation across the board. It was a really strong performance. We invested a ton in the creation of premium sports content and artificial intelligence driven across platforms we own and operate—our website, the MLS application and our social channels. We invested in new technology to give our athletes awesome content.”

Indeed, MLS’ social channels tallied 2.2 billion impressions this season, up 38% from the 2018 campaign, and social interactions were up 27%. The league said its total following across Facebook, Twitter and Instagram is up 96% since 2015.

Video was a key driver, as MLS tallied 777 million video views across all of its channels in 2019, up 132% compared with 2018, and fans have spent 461 million minutes with its video content thus far this year, up 66% from last year.

The league’s partnership with Twitter and Univision, which runs through the 2022 season, brings a game of the week to Univision in Spanish and Twitter livestreaming in English.

Schlosser said the second year of the partnership brought over 15 million viewers to the 23 games that were livestreamed on Twitter, up 10% from the first year of the pact in 2018, adding that with so much focus on live game viewership, the league feels strongly that its arrangement with the broadcast network and the social network is delivering new, young audiences.

Also on Twitter, a question-and-answer session with players in the 2019 MLS All-Star Game in July—created with the social network’s Very Important Tweeter tool for celebrities and major publishers—drew over 1,000 engagements per video response from fans. 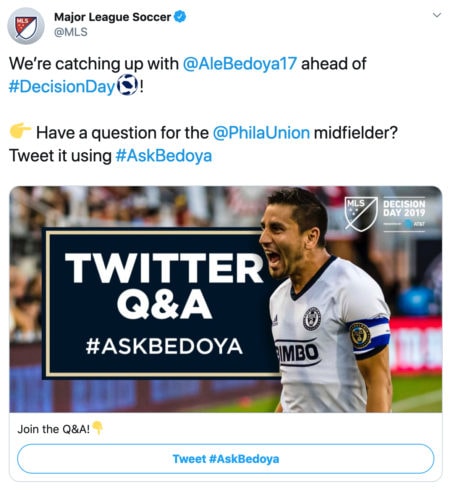 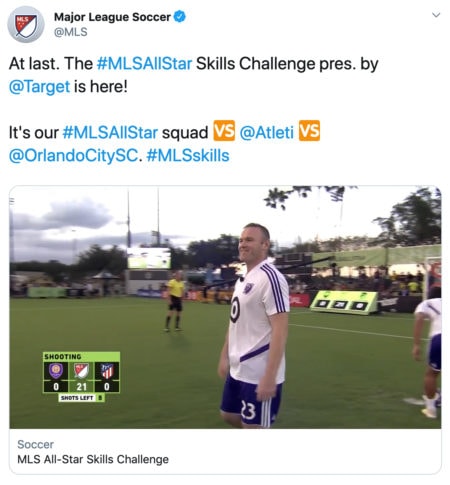 MLS
MLS has a channel on Twitch, as well, which has seen a whopping 1,002% increase in total minutes viewed year-over-year.

In order to help generate all of that content, the league partnered with Socialie to use its platform to create social content for players, partners and influencers and make it easy for them to share that content.

MLS said nearly 800 athletes were onboarded to the Socialie platform—from the league itself, development system MLS Academy and esports division eMLS—and almost 10,000 pieces of content were delivered to those athletes via the platform, including creative imagery from the Creator’s Network, in partnership with Adidas, and AI-generated individual highlight clips generated by WSC Sports.

Schlosser pointed to the simplicity of the Socialie platform on the athlete side and added that some of the biggest names in the league are participating, saying, “The league and its clubs have incredible power and incredible followings. Add 700-plus players and the power of that reach is insane. It multiplies everything you can do.”

The MLS app, which was thoroughly revamped in February, saw a 27% increase in users this season compared with 2018, as well as a 22% jump in sessions and a 31% leap in screen views.

GIFs proved to be a popular tool for the league, as well, with 548 million views in 2019 to date and a 580% year-over-year rise in views from January through August versus the year-ago period. 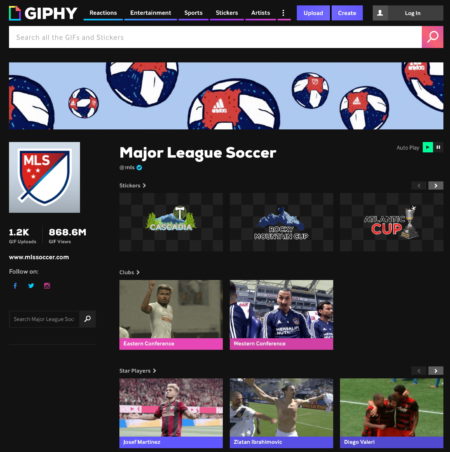 The league said 69% of esports fans who were aware of eMLS became more interested in MLS as a result.