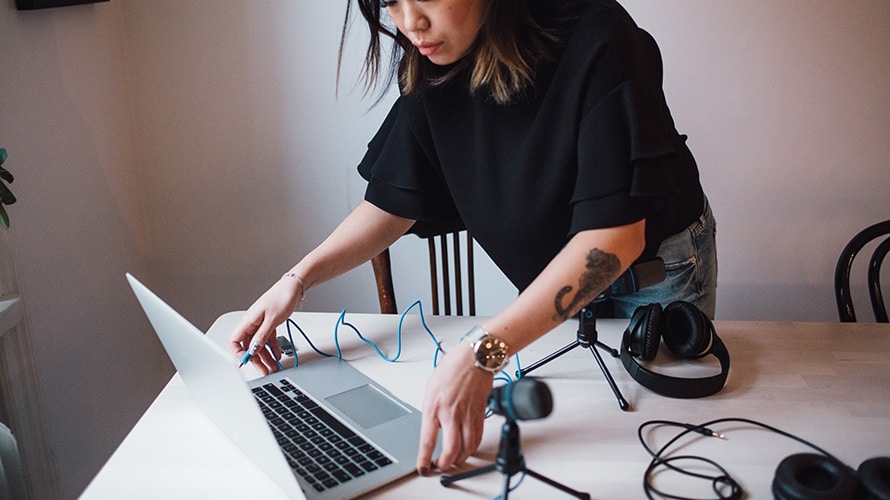 Squarespace and Gimlet Creative asked users to submit their ideas for their own podcast series and the response has been overwhelming. In the three weeks the contest was open for submissions, more than 5,000 entries poured in.

Squarespace, an online publishing platform, and Gimlet Creative, the team that oversees branded podcasts, will produce its own, separate podcast series, called Casting Call, to document the contest. Katelyn Bogucki, senior producer of Casting Call, said they were “blown away” by the number of submissions.

Those who wanted to participate were asked to give a podcast name, some audio and a written pitch for the show.

“We were inspired by the many podcast listeners out there who continually let us know that if they hear a Squarespace ad on a show, they know it’s going to be a good one,” said Squarespace CMO Kinjil Mathur. “Since the community views our ads as a seal of approval for good content or a marker of a podcast’s legitimacy, we knew that if we were ever to do our own show, we couldn’t let them down. Our own podcast needed to challenge the traditional concept of branded content and be nothing short of original.”

They received submissions from all 50 states, and topics ranged from arts and culture to spirituality—even former reality stars submitted pitches, Bogucki said, adding that she’s listened to each of the submissions.

A panel of judges, including Anthony Casalena, founder and CEO of Squarespace; Nazanin Rafsanjani, vp of new show development at Gimlet Media; and Aminatou Sow, co-founder of Tech LadyMafia and co-host of the podcast Call Your Girlfriend, will narrow down the submissions to three finalists.

A few episodes of Casting Call will document the search and the three finalists will come to New York to record pilot episodes in Gimlet’s Brooklyn studios, which will also air as part of the show.

Listeners will be able to vote for their favorite and a winner will be chosen at a live show in late September. The winner will create a full podcast series with Gimlet Media that will be rolled out next year.

“We’ve experimented with little ways in competitions and learned what it takes to make one that’s compelling and interesting and character-driven,” said Matt Lieber, co-founder and president of Gimlet.

Casting Call will be hosted by Jonathan Goldstein, creator and host of the hit Gimlet series Heavyweight and will debut in September.

“This person has the potential to become a part of the Gimlet roster and network. We’re just really excited about it,” Bogucki said.