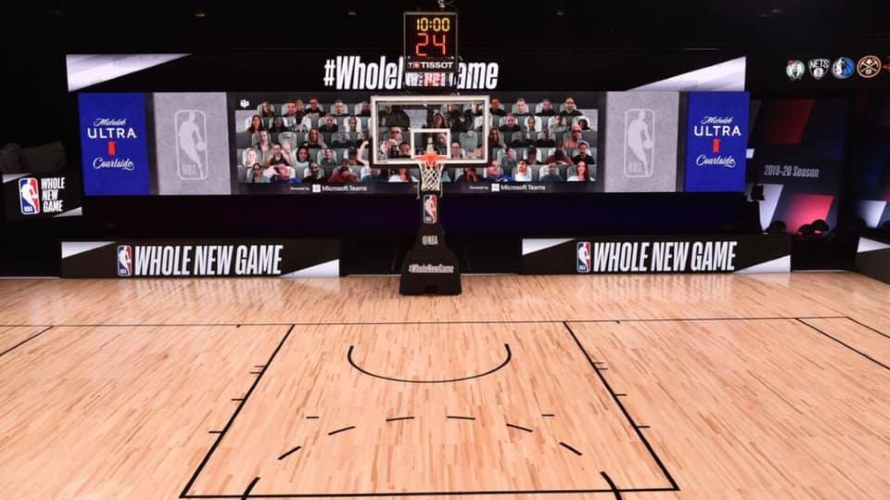 While fans won’t be allowed into the ESPN Wide World of Sports Complex at Walt Disney World Resort in Orlando, Fla., for the resumption of the National Basketball Association season Thursday night, Twitter teamed up with the league on some ways to make them feel like part of the action.

Fans tweeting about the games and using the #NBATwitter hashtag will have the chance to see their tweets displayed courtside on the video boards in the venue during warmups and halftime on opening weekend of the season’s reboot.

Now your Tweets can get courtside seats.

Tweet with #NBATwitter and your Tweets could make it to Orlando. pic.twitter.com/6nJgKj0wtV

Visual effects in the venue will also be affected by a virtual cheering experience, in which fans can digitally root on their squads via the NBA application, NBA.com or Twitter. 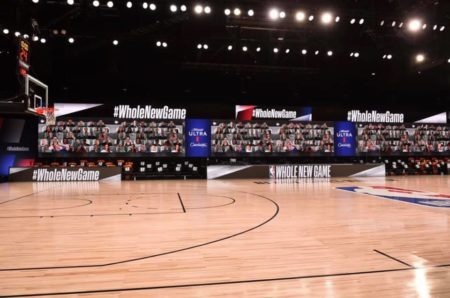 National Basketball Association
Tweeting with the official hashtags of teams that are playing will be reflected on the venue’s video boards with graphics and animations.

Hashtag-triggered emojis are back, both for participating teams and the league (#NBA and #WholeNewGame).

2 days until the NBA Restart!

On other social platforms, fans will have the opportunity to see their videos featured by taking part in TikTok challenges, and Snapchat’s ground segmentation augmented reality technology will enable them to explore a virtual rendering of the official court via a lens.
david.cohen@adweek.com David Cohen is editor of Adweek's Social Pro Daily.