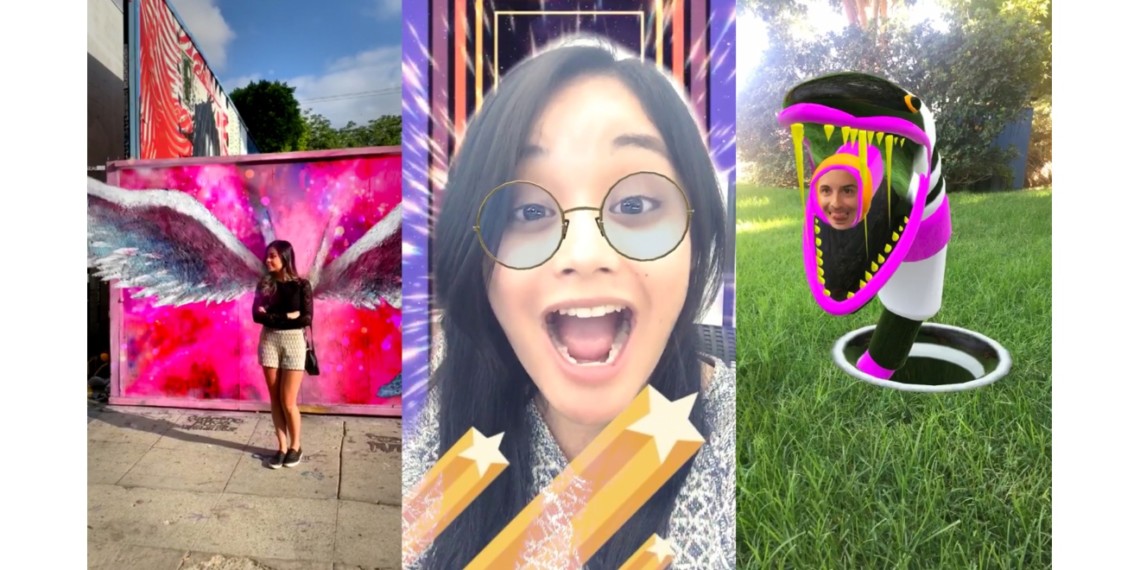 Snapchat introduced some new capabilities for the templates in its Lens Studio, opening up experiences that could previously be created only by Snap Inc. designers.

Snap Inc. said in its second-quarter earnings report that 100,000 Lenses had been submitted, tallying 3.5 billion views, meaning that since the end of June, the number of Lenses submitted has more than doubled, and views have jumped fourfold.

The new segmentation template in Lens Studio will enable creators to design experiences such as transforming hair into glittering colors, turning the sky into an underwater scene or transporting subjects into new environments.

Finally, creators can invite people on Snapchat to add faces from the camera rolls on their smartphones to their Lenses.

Angel Wings
Snapchat
Vibrant Oasis
Snapchat
A Snap spokesperson said the company believes that the engagement it is seeing from creators is an indicator of a shift in the augmented reality ecosystem, making AR creation available to people beyond technical professionals.
david.cohen@adweek.com David Cohen is editor of Adweek's Social Pro Daily.