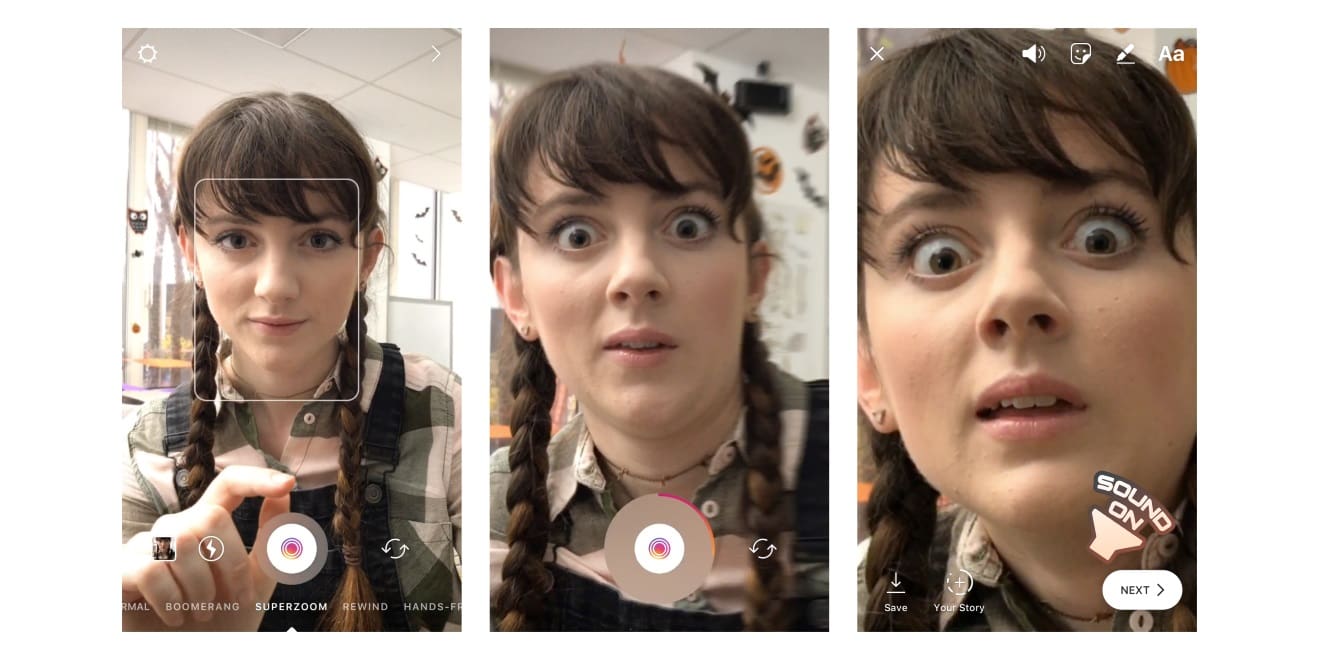 Instagram confirmed that it is in the process of rolling out six new effects for its Superzoom feature, which initially debuted in October 2017.

Superzoom enables Instagram users to zoom in on a single object in a video, with dramatic music in the background, and create three-second Superzoom videos.