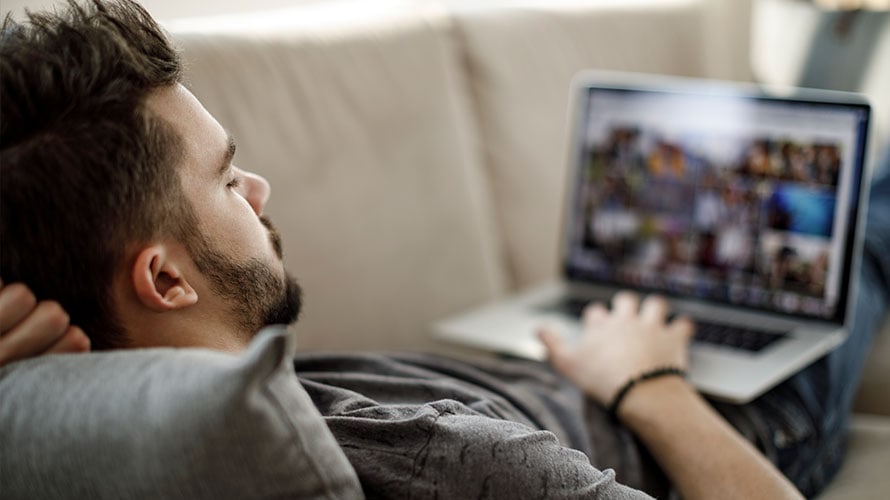 The average adult respondent said they’d be willing to pay $100 a month for an OTT bundle with about 15 channels.
Getty Images
Share
By Marty Swant
|
April 10, 2019
Share

New research conducted by The Harris Poll paints a detailed picture of how streaming media is changing the landscape of content and advertising—and what viewers are willing to pay for.

According to a survey of 2,000 consumers conducted by The Harris Poll and commissioned by OpenX, more than half of all Americans now use an OTT service, with the average adult respondent saying they’d be willing to pay $100 a month for an OTT bundle with about 15 channels. Meanwhile, the results released today found that streamers are willing to pay as much as $24 each month for a single OTT provider. That’s twice as much as some like Netflix currently cost.

The survey also found that more than half of viewers were willing to watch ads in exchange for lower fees or free content. About 56% said they would watch ads if it meant paying less, while another 44% said they’d prefer to pay a subscription rather than sit through ads. However, those that were OK with ads were split, with half saying they want all ads and no fee, while the other half want fewer ads and lower fees.

The ads apparently work. Around 72% of OTT users recall seeing an ad, 66% said they learned about a new product or company from an OTT ad and 46% recall stopping an ad on a streaming program on a mobile OTT device to research and buy a product based on an ad they just saw.

Dallas Lawrence, OpenX’s chief brand officer, describes this practice as “pause to purchase,” which signals advertisers might want to have a more down-funnel strategy for mobile customers than many marketers might expect.

“What’s interesting as we think of the advertising implication of this is you start thinking about the lean forward versus lean back paradigm of advertising,” he said.

But exactly how many ads are people willing to watch? Of those who said they’re OK with advertising, 29% said they wanted just two or three minutes of ads, while the other 25% said they were OK with 10 minutes.

And what’s everyone watching? About 74% said movies are the most valuable cable and OTT content, while 49% listed news and 48% said scripted TV. Meanwhile, live sports and live events accounted for 42% and 32%, respectively.

Despite the national skepticism around the use and misuse of data that’s plagued some internet giants, The Harris Poll also found that the majority of respondents were OK with giving up data in exchange for relevant ads and cheaper content. However, results also suggest that a user ID isn’t good enough on its own for accurate addressable advertising. That’s because about a third of consumers said they share passwords.

The findings in some ways run counter to how media buyers are actually spending on OTT advertising compared to traditional methods. Of the $70 billion spent last year on the TV market, just $2 billion went to OTT—up 40% from 2017—according to Magna, the research arm of IPG Mediabrands.

“It’s crazy to think we don’t do anything the way we did 25 years ago,” Lawrence said. “But we still buy TV ads the same way.”