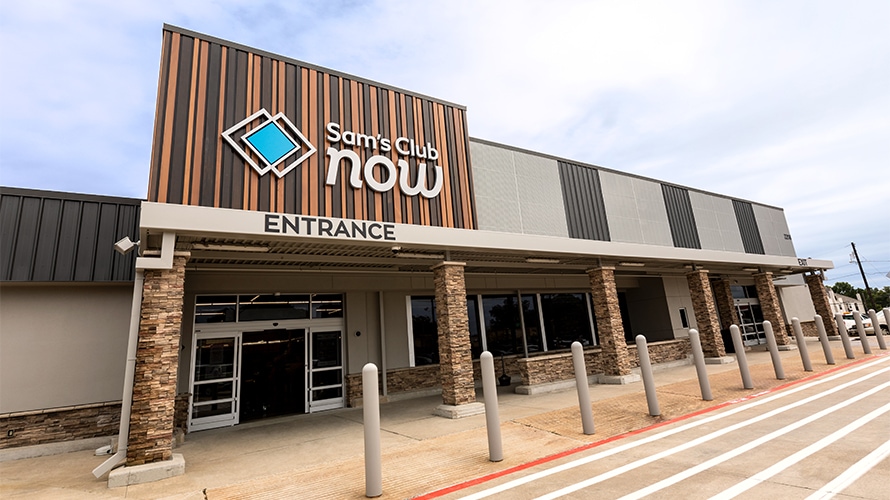 Sam’s Club, Walmart’s members-only retail warehouse, is opening its first Sam’s Club Now location in Dallas. The company describes the 32,000-square-foot store as a “technology lab that doubles as a live retail club.”

In the announcement, Jamie Iannone, chief executive of SamsClub.com and evp of membership and technology, said it will incorporate technology such as computer vision, augmented reality, machine learning, artificial intelligence and robotics, which Sam’s Club will test and refine to help evolve the retail experience at all 600 locations. But the increased convenience that this high-tech shopping experience offers—like any retailer tracking consumer movement and purchases—comes with a loss of privacy.

In order to shop at Sam’s Club Now, members will have to use the new Sam’s Club Now app, which is based on the existing Scan & Go app. As the name implies, Scan & Go allows customers to scan UPC codes as they shop and check themselves out. It was developed internally and came out in 2016. Features of the new app include smart shopping lists, which use purchase data to auto-fill; in-store voice search and maps to product locations—which will eventually combine beacons with smart shopping lists to map optimal routes; the ability to transform a digital cart into a pirate ship or a rocket; and one-hour pickup.

Sam’s Club follows in the cashierless footsteps of ecommerce platforms Amazon and JD.com in the quest to not just make shopping easier, but to also make inventory management better for themselves. But there are additional perks for retailers: In the release, Iannone said “down the road” Sam’s Club Now will use the more than 700 cameras to help manage inventory and “optimize the layout to make shopping effortless.”

It could also allow Sam’s Club to experiment with facial recognition. In 2016, Walmart filed a patent for an in-store system that uses video from checkout to identify customers and measure biometric data—like facial images—to potentially call in staff to intervene if a shopper appears unhappy and/or correlate transaction data to detect changes in purchase habits due to dissatisfaction. Walmart, however, did not comment when asked if this technology would be used at Sam’s Club Now. (Although, to be fair, Texas is one of the few states that has a biometric privacy act that calls for commercial entities to inform consumers and get consent before capturing biometric identifiers.)

Grocery delivery and pickup options are high on Walmart’s list of both domestic and international priorities. Its 2018 annual report says Walmart is expanding online grocery in Canada, Mexico and China. It already offers grocery delivery in less than an hour in over 160 stores in China, it recently partnered with online marketplace Rakuten on an online grocery delivery service in Japan and it acquired Cornershop, a marketplace for on-demand delivery from supermarkets, pharmacies and specialty food retailers in Mexico and Chile.