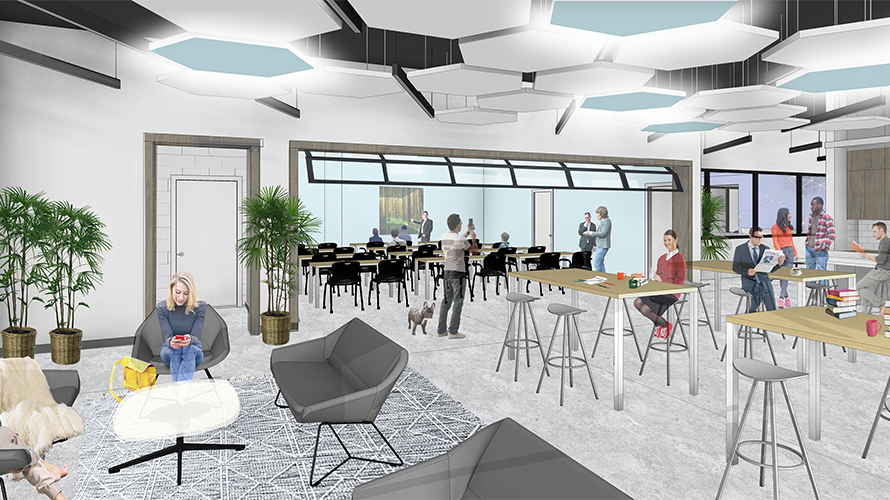 New York City has opened an AR and VR lab in the Brooklyn Navy Yard. - Credit by City of New York

New York City wants to make an old naval yard in Brooklyn a hotbed for virtual reality and augmented reality.

City officials, professors and entrepreneurs on Thursday gathered in Brooklyn’s Navy Yard for the opening of RLab, a 16,000-square-foot center that will house AR and VR startups while also providing research, education and training for New Yorkers working with the emerging technologies.

To jumpstart the project, the New York City Economic Development Corp. (NYCEDC) and the Mayor’s Office of Media and Entertainment are investing $5.6 million into RLab, which they say is the first city-funded AR/VR facility in the U.S. The initiative is part of a joint collaboration with several universities including Columbia University, City University of New York, The New School and New York University. The center will also be home to the venture capital firm Super Ventures, which will support startups through investments and guidance.

According to Karen Bhatia, vice president of tech at NYCEDC, the city had studied why VR and AR growth hadn’t yet taken off in New York, and through interviews with various stakeholders, all the “main parts” of the industry were in the city—the technologies, researchers, creators, academics, financiers—but it was fragmented.

“We saw an opportunity here if we created a physical space, a lab, where they could all come together and be housed under the same roof but simultaneously have a space where they could experiment,” she said. “It could catalyze further development of VR and AR technologies here in New York City.”

Along with the city’s investment, Bhatia said officials are also seeking private investments for RLab. And between public-private partnerships and various revenue sources, she said the center could be self-sufficient within three years. Another initiative within RLab will be to build a relationship with a similar lab in London, which could include collaborations and visits between the two.

So why the Navy Yard? Along with the growing area of innovation in that part of Brooklyn, the space lends itself to helping AR and VR, which often requires high ceilings and wide, open spaces. For example, on one end of RLab, developers are raising the ceiling in order to make room for a motion-capture studio.

The space won’t be just specifically about media and advertising. Rather, officials hope to attract both large and small businesses across a variety of industries. For example, one startup giving demos of their technology on Wednesday created a mixed-reality tool for studying the human body using Magic Leap and Microsoft HoloLens headsets that allows users to walk around a digital skeleton and examine different systems.

The lab will be initially led by Justin Hendrix, executive director of the NYC Media Lab, which is another city initiative that collaborates with media companies, brands and others to experiment with emerging technologies. Along with working directly with AR and VR companies, RLab will collaborate with city schools and other parts of the community to better educate the students interested in pursuing careers in VR and AR. Over the next decade, officials project RLab will help create more than 750 jobs.

“What has changed over the past few months and what’s incredible right now is just the pace at which people are able to prototype,” Hendrix said of the growth of AR and VR. “And that to me is the sign of a coming boom in applications.”