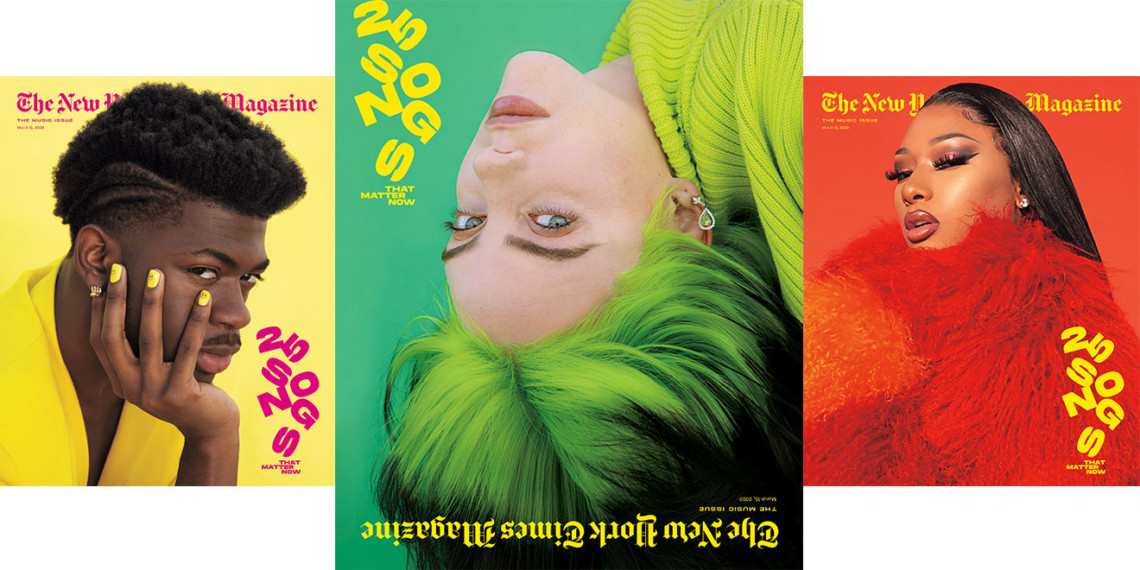 The New York Times Magazine will come to life this weekend in a whole new way.

In partnership with Google Lens, smartphone users will be able to access additional information online that corresponds to the print version of the magazine.

Readers who hover their smartphones over many of the pages in this week’s Music Issue will have the ability to access more content, including a behind-the-scenes look at how the cover was made and playlists of the songs the magazine is highlighting in its annual review of the music industry.

The Times did not give specific details about its partnership with Google.

To be clear: The publication doesn’t want to take away from the print reading experience, said Dan Sanchez, editor of emerging platforms at The New York Times.

“The last thing we want to do is distract from the print product that we think, on its own, is innovative and very well produced,” he said, adding that tension exists in weighing how to elevate what the team considers equally well packaged digital content. “Are we selling some of our print readers short by creating something very impressive online and not delivering that to the people who are only reading the print product?”

The Times has been quietly experimenting with this tech for the past few months, including enabling the technology on its cover this past weekend that showed readers a 60-second video of how the cover was made if they scanned it.

In the next three months, all New York Times Magazines will have some features that are Google Lens-enabled. Specifically, two other issues will use the technology more substantially.

Through the Google Lens app, readers put the magazine pages in the frame of their smartphone camera and click on the white dots that appear for more information. The resulting screen could be a call to action or additional content created by the Times, like more details about how that story came together.

For the first time, the magazine’s advertisers will also be able to use the technology. In this issue, there are 15.3 ad pages from eight advertisers, including interactive ads from Volvo and New Orleans Tourism.

Page rates were in line with other issues, a Times spokesperson said. The NYT Magazine’s rate card lists full-page, four-color ads at $107,000.

These ads are a mix—some are similar to the editorial experience of hovering over content, with information that pops up about the products.

“Any new advertising opportunity that allows brands to build a deeper and more engaging experience with their target audience is of interest to media buyers,” said Alexandra Levy, CEO of Silicon Alley Media. “This new program should not just generate brand awareness but also push consumers further along the consideration path, allowing them to discover and learn more about the brand, too. And that equals a win for media buyers.”

The Times hired a software developer to build the internal tools necessary to roll it out. The outlet is tasked, as all media companies, with striking a balance between changing consumer behaviors, allocating the proper resources to appeasing them and figuring out the best ways to deploy these new technologies.

“The magazine is a perfect place for this kind of experimentation,” Sanchez said, referring to how the publication has played with different storytelling methods, like in 2018 when, for its Voyages issue, readers could listen to the articles.

The New York Times Magazine also has a longstanding relationship with Google products, including a 2015 cardboard device to see additional VR journalism from the magazine.

“The New York Times wants to make the print reading experience more interactive, more engaged, and they have world-class editorial content for print and digital. We thought it was a great opportunity to partner together … to connect that physical with the digital,” said Eddie Chung, director of product management for augmented reality at Google.