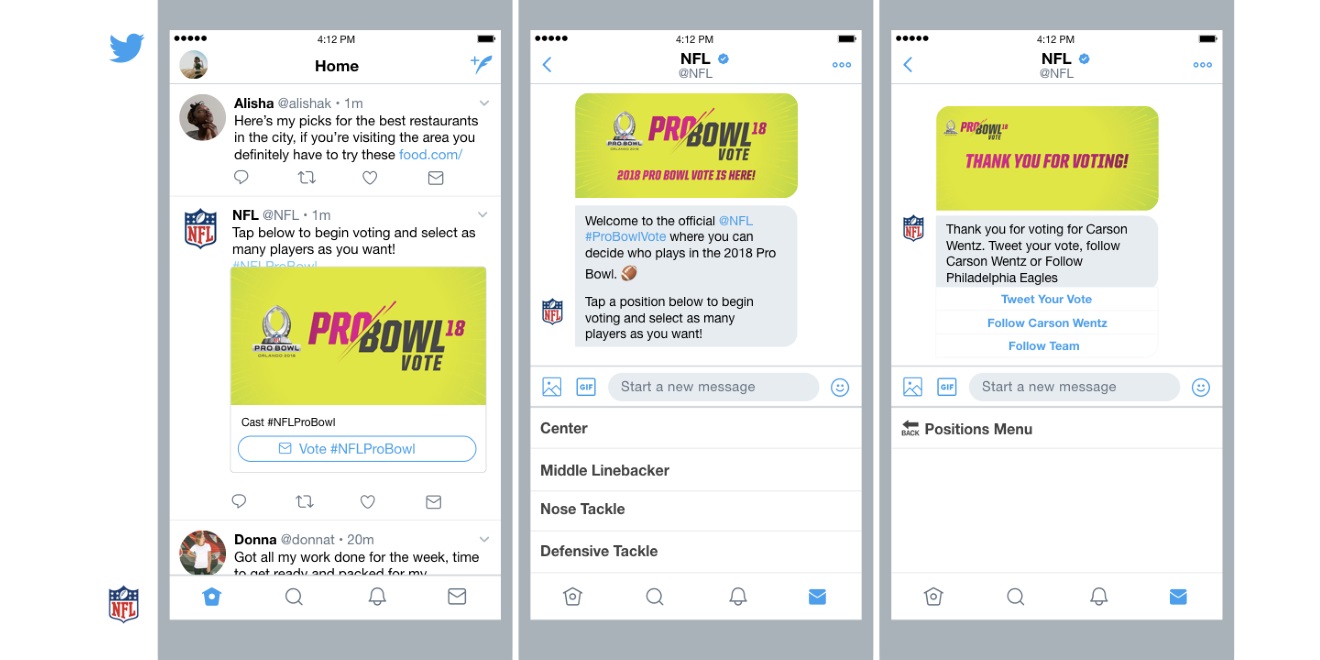 Want to send your favorite National Football League player to the 2018 Pro Bowl? Log onto Twitter and send a direct message.

The NFL announced Tuesday that voting for its annual all-star game is now open, and one of the ways for fans to take part is via a DM voting experience accessible via entry cards that were tweeted out by all 32 teams in the league, or via @NFL.

Clicking on the entry card launches a private DM, which enables fans to select position groups or search for players and teams.

Also, during the last week of voting—Dec. 7 through 14—fans will be able to vote directly via tweet by including players’ first and last names or official Twitter handles, as well as the #ProBowlVote hashtag.