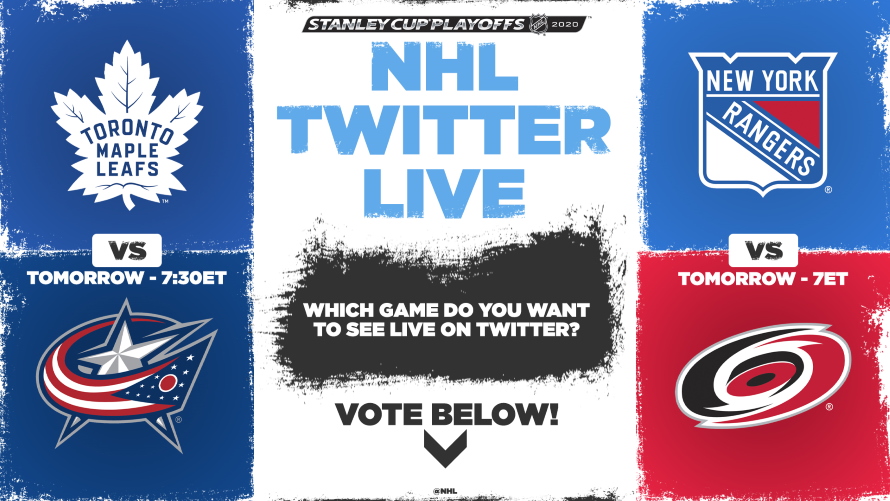 The National Hockey League is teaming up with Twitter and Disney Streaming Services to deliver live two-minute look-ins of select games during the 2020 Stanley Cup Qualifiers and Stanley Cup Playoffs to fans in the U.S.

Starting Aug. 1, when the NHL once again takes to the ice, and continuing through the first two rounds of the tournament, the league will choose two game nights per week when live look-ins will be featured on @NHL on Twitter.

Prior to those selected look-in nights, fans can go to @NHL to vote for which of two games they want to see featured, and the winning match-up will be revealed on the morning of the game.

The league said in a statement, “The live look-ins are designed to both drive tune-in to live game broadcasts on NBC Sports, regional sports networks and NHL Network, as well as to encourage fan interaction and conversation.”

The NHL said a minimum of five games will be featured as live look-in games during the conference finals, as will every game during the Stanley Cup Final.

In addition to the live look-ins, hockey fans on Twitter will have access to video highlights throughout the Stanley Cup Playoffs, as well as Twitter Moments during the conference finals and championship round, featuring tweets from top hockey personalities and content partners.

There will also be hashtag-triggered emojis for all participating teams and the Stanley Cup itself.

Twitter head of U.S. sports T.J. Adeshola said in a statement, “As the puck drops on the 2020 Stanley Cup Playoffs, Twitter will once again be home to an awesome mix of premium NHL content and real-time hockey conversation. The appetite for live sports content on Twitter is massive and, as teams hit the ice in the coming weeks, you’ll feel the roar of the crowd on Twitter during each round of the NHL postseason.”

NHL senior executive vice president and chief marketing officer Heidi Browning added, “NHL fans are fiercely passionate and are among the most engaged sports fans on social media. Everything our fans do shows us that they want to have deeper connections with the league and our teams, and this exciting partnership with Twitter and Disney Streaming Services—especially during this unprecedented time of social distancing—provides the perfect platform to facilitate fan interaction and conversation, as well as to drive broadcast tune-in. The 2020 Stanley Cup Qualifiers and Playoffs are going to be a wildly exciting and unique time for our game, and we’re thrilled to provide our fans this opportunity to demonstrate their team pride through voting for the games they want to see and to engage in conversation on social during game broadcasts.”

And Disney Streaming Services senior vp and general manager, hockey Barry Tishgart said, “The virtual fan experience has taken on a new meaning this year, and we are excited to be partnering with Twitter and the NHL to launch these new interactive experiences for hockey fans during these unprecedented times. The games are back, and the power is in the hands of the fans to vote and determine the action they want to see.”