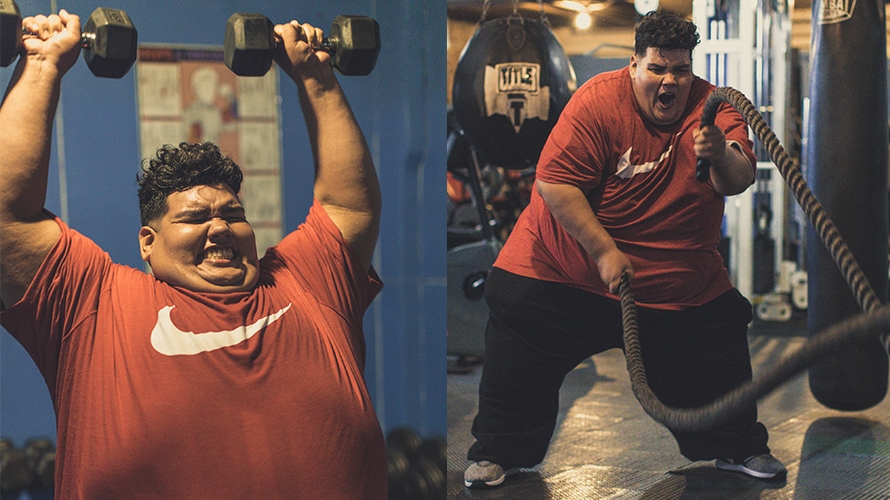 Nike dipped its toes in the IGTV waters for the first time with its documentary-style profiles of everyday athletes, which it began sharing on the platform in September.

Instagram introduced IGTV in June as a stand-alone video application enabling videos of up to one hour long.

The athletic wear and sneaker giant teamed up with its longtime content agency, Conscious Minds, on the new social media documentary storytelling approach. Wieden + Kennedy is Nike’s agency of record.

The initial video featured Chicago native Maynor De Leon and his quest to lose a staggering 500 pounds. It starts out on April 30, 2016, when he weighed “a little over 700 pounds,” and it followed him through his workouts and shared his thoughts along the way. De Leon is well on his way, having lost 200 pounds thus far.

The second featured Paralympian Sarah Reinertsen and her determination to compete despite missing one leg.

Nike has more than 82.1 million followers on the Facebook-owned photo- and video-sharing network. At the time of this post, De Leon’s video had tallied more than 702,000 views and Reinertsen’s over 670,000.

Steven Strand, director of global brand communication for Nike’s brand voice, said the goal was to showcase the way Nike products are integrated into the athletes’ daily lives, and Conscious Minds head of brand Bryant Kohler added, “You don’t need to explicitly feature product in your content for it to have an impact. We believe that if we leave a lasting impression on our community by doubling down on sport and inspiration, they’ll think of Nike the next time they need a new pair of shoes.”

The idea for the campaign was hatched earlier this year, when Nike told Conscious Minds it wanted to reset its broader strategy and creative vision.

Kohler said, “We spent a few months really diving deep to crack the future vision for the channel. Ultimately, it was all about adding value to the lives of our audience. To do that, we needed to stop acting like a company and start acting like a human.”

Enter IGTV, a relatively new platform. It was introduced in June to give everyone—brands and Instagram users—a way to create long-form, vertically oriented videos that are optimal for viewing via mobile devices.

Shortly after its debut, Bacardi teamed up with DJ A-Trak and Les Twins to produce a music video directed by fans, and MTV used the platform to announce the nominations for its Video Music Awards.

IGTV was also part of Warner Bros.’ marketing efforts for its Crazy Rich Asians feature film, and even former Vice President Joe Biden is embracing the platform, hosting an original series from ATTN:.

Strand said, “The exciting aspect of IGTV is that there isn’t really a playbook, which provides an opportunity to craft stories, test and learn what our audience is responding to specifically in that space.”

Kohler called IGTV “the single best place to tell an in-depth story on the platform,”saying that the agency’s testing has found that users are more inclined to consume longer content though IGTV than via other channels.

While IGTV is geared toward longer-form videos, Conscious Minds and Nike still aimed for a “sweet spot” of three minutes to five minutes, using “intriguing clips” from its videos in Instagram Stories to drive viewers to the full videos on IGTV.

Neither Nike nor Conscious Minds would provide specific numbers on the production costs for the videos, but Kohler said, “There is quite a delta” between the costs for IGTV videos and television spots, adding, “To be able to produce the amount of content we are aiming for, at the level of quality we strive for, we helped Nike build a new production model.”

Conscious Minds founder and executive producer Blake Heal added, “Most agencies and production companies still approach content creation traditionally: Whether it’s a big or small production, it’s approached with a mindset of triple bidding partners, bringing in multiple directors and creating a new approach from the ground up per production. For a big commercial, this process works great and has for many years. For a social video, it’s completely inefficient and is a waste of time and energy to even go through the bidding process.”

He continued, “The future of advertising will require quality content, on lean budgets, in near-real-time. Both Maynor’s and Sarah’s films were identified, developed, shot and delivered in under 10 days, all while upholding Nike’s gold standard of quality storytelling.”

And while most brands don’t have anywhere near the financial resources that Nike possesses, the IGTV space is still not closed to them.

Kohler said brands can take a similar approach to the way Conscious Minds handled this campaign for Nike, adding, “The good news for smaller brands is: You don’t need big TV budgets to make a splash in the space. Consumers are more driven by the substance of the content than they are production value. So, all that matters is that you are publishing good, entertaining content that adds value to the lives of your audience.”