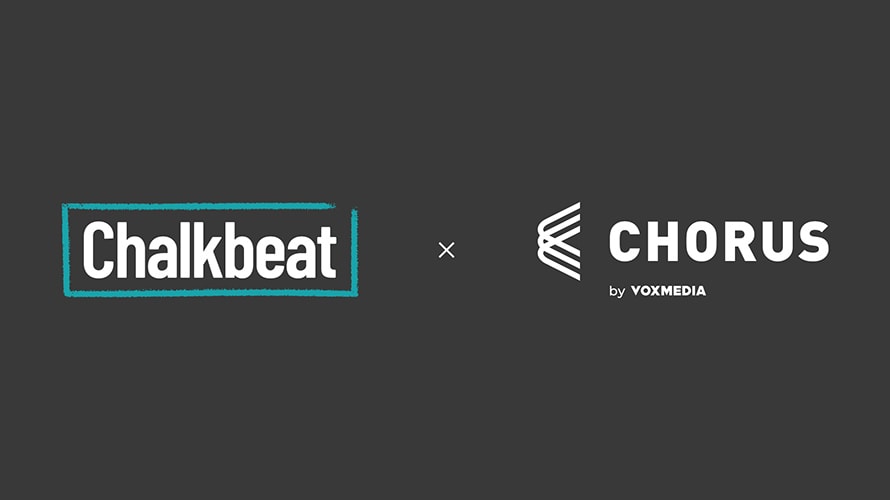 Chalkbeat is the first nonprofit news organization to join Chorus. - Credit by Provided

For the first time, a nonprofit news organization is joining Chorus, the publishing platform from Vox Media. Chalkbeat, which covers education-related issues in local communities across the country, will now be able to access the platform’s publishing tools as well as distribution offerings, company executives announced today.

“We could probably do a lot of things Chorus does but it would take a lot of effort and investment, and we’re excited to zoom forward using the Chorus platform,” said Maria Archangelo, Chalkbeat’s chief revenue officer.

Specifically, Chalkbeat’s interest was piqued by the ability to access Vox Media’s advertising offerings, including branded content, and the prospect of improving ad performance, she said. The publication will complete its transition to Chorus by the beginning of next year.

This is the publisher’s next step in growing toward a sustainable business model after successfully building up its donor base. Chalkbeat already operates in states including Colorado, New York, Illinois and New Jersey, and is looking to expand to 18 regions by 2025.

Other publishers on Chorus include the Chicago Sun-Times, The Ringer and Funny Or Die. Chalkbeat is the first new partner publicly announced on Chorus after the merger between Vox Media and New York Media was approved earlier this month.

“We understand that building a platform is not the best use of resources for every publisher, small or large,” said Trei Brundrett, COO of Vox Media, in a statement. “By building and licensing technologies like Chorus, Concert and Coral to publishers, we are proving our commitment to providing the media industry with the tools and resources needed to power their businesses.”