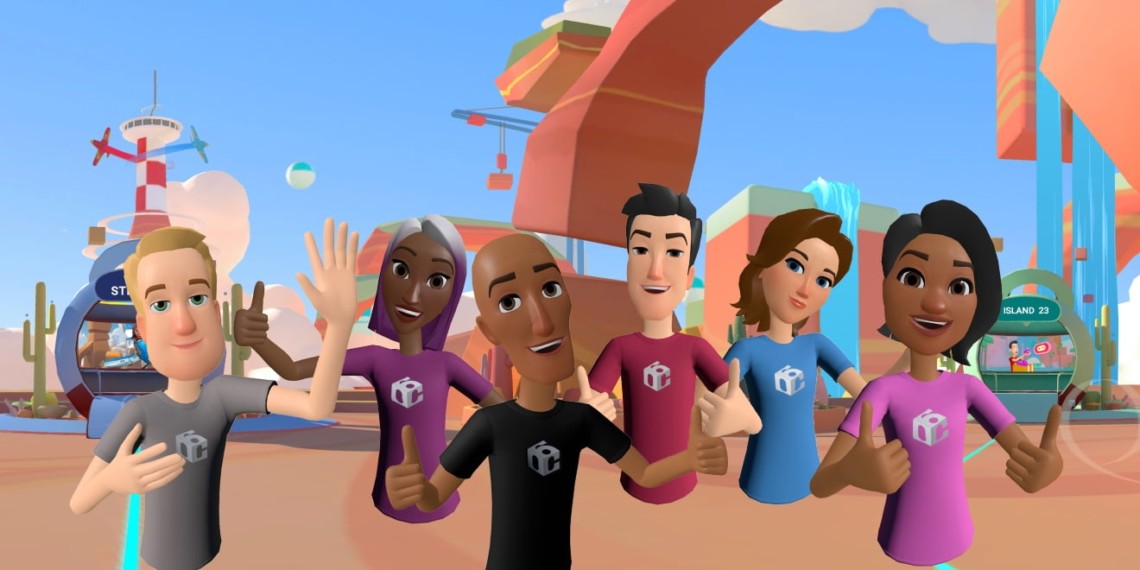 Facebook Horizon will be rolled out in beta next year Oculus

Oculus Connect 6 was highlighted by the introduction of Facebook Horizon, which was described as “an interconnected and ever-expanding social VR world where people can explore new places, play games and build communities.”

Oculus said in a blog post, “Before stepping into Horizon for the first time, people will design their own avatars from an array of style and body options to ensure that everyone can fully express their individuality. From there, magic-like portals—called telepods—will transport people from public spaces to new worlds filled with adventure and exploration.”

Facebook Spaces and Oculus Rooms will be sacrificed to make way for Facebook Horizon, with both to be shuttered Oct. 25.

Facebook Horizon will be rolled out in beta next year.

Another key update is the addition of hand tracking to the Oculus Quest headset, which is slated to be released as an experimental feature early next year.

The update will enable natural interaction in VR via users’ hands, without requiring controllers, external sensors, gloves or a computer.

Oculus said in a blog post that the technology works by approximating the shape of the user’s hand and creating a set of 3D points to accurately represent hand and finger movement in VR.

Oculus Quest owners who also own gaming PCs can use new feature Oculus Link to access content from the Oculus Rift platform.

Oculus said the software will debut in beta in November and work with most high-quality USB-C cables, adding that it will release a premium cable of its own later this year.

Oculus TV, a central hub giving users to media on Oculus Quest and Oculus Go, will be refreshed later this fall.

Oculus said in a blog post, “Media Studio makes that easier than ever by letting creators upload and publish content directly to VR, distribute it outside of VR, manage their immersive asset libraries and get analytics to see how their content performs. By providing an all-in-one solution, we’re reducing the friction of distributing immersive content, which helps creators and the community alike by getting new experiences into the ecosystem in a more efficient way.”

LiveMaps, a virtual overlay that enables people to anchor virtual content in the real world, enabling other augmented reality experiences, was introduced at Oculus Connect 6. The company wrote, “Using machine vision alongside localization and mapping technology, LiveMaps will create a shared virtual map. To deliver this technology at this scale, we envision that LiveMaps will rely on crowdsourced information captured by tomorrow’s smart devices. To populate the first generation of maps, our researchers are exploring mapping our own campuses and the use of small pieces of geotagged public images to generate point clouds—a common technique used in navigation mapping technology today.”

Facebook Reality Labs chief scientist Michael Abrash shared an update on Half Dome 2, the next iteration of the company’s prototype, aimed at being more comfortable, compact and conducive to productivity. He wrote, “This latest update to the Half Dome series of prototypes digitally switches between a large number of focal states—so many, in fact, that it appears continuous, just like the mechanical varifocal displays. For the first time, we’ve achieved a more ergonomic design with a significant reduction in weight. That opens the door to a future where we can be in VR for hours at a time, collaborating with others using any number of digital whiteboards spread throughout our ideal virtual workspace. While we’re still developing the Half Dome series of prototypes at FRL, we’re excited to see where our varifocal research takes us next.”

Finally, Oculus provided an update on its research regarding full-body Codec Avatars—which it described as “incredibly lifelike digital representations of the heads of real people”—writing, “While you won’t find this technology in a consumer product anytime soon, we imagine a future where people will be able to create ultra-realistic avatars of themselves with just a few quick snaps of their phone cameras and animate them via their headsets. And that future will usher in a new wave of fully immersive VR.”