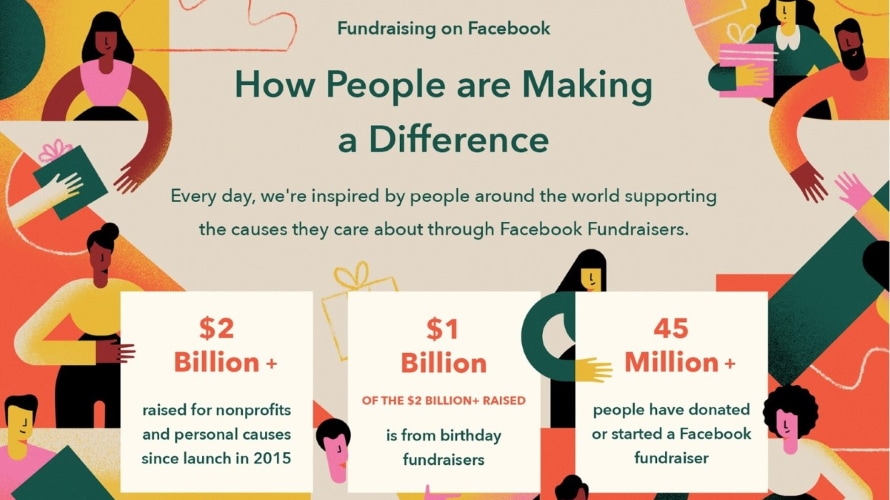 People have raised over $2 billion on Facebook to support people and causes that matter to them since the social network’s debut of fundraising tools in August 2015, including some $1 billion from birthday fundraisers alone.

Vice president of product management Naomi Gleit said in a Newsroom post, “By dedicating their special day to a nonprofit organization, people rally their friends and family to support important causes. From birthdays and Giving Tuesday to anytime throughout the year, over 45 million people have donated to or created a fundraiser on Facebook.”

She added that the donation stickers for Instagram that debuted in the U.S. in April were recently rolled out in Europe, as well, with 100% of the money raised going to the target organizations, just as with Facebook’s nonprofit fundraisers.

Gleit wrote, “Five years ago, many of us drenched ourselves in ice water to raise awareness and money for ALS (Lou Gehrig’s disease, amyotrophic lateral sclerosis), spurring major developments to fight the disease. Not only did the Ice Bucket Challenge inspire millions of people to help those with ALS, it was the inspiration behind our first fundraising tools in 2015.”

She also shared examples of nonprofits that have benefited from the social network’s fundraising tools: