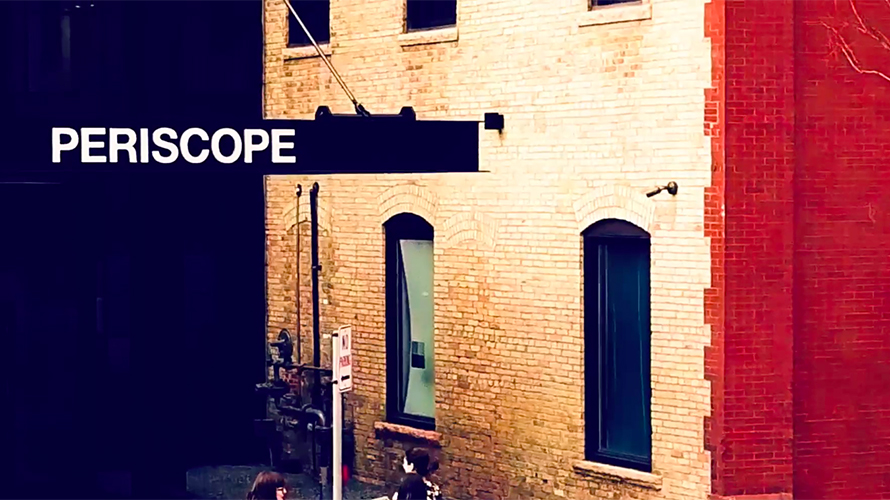 The entire staff of Minneapolis agency Periscope has walked off the job in protest of the actions of parent company Quad.

Yesterday, 13 staffers—including Nathan Young, Periscope group strategy director and co-founder of 600 & Rising—walked off the job at Periscope, citing interference from parent company Quad in the agency’s communications around Black Lives Matter as well as concerns over the release of allegedly misleading diversity data. Quad claims it now supports the agency’s use of the “Black Lives Matter” phrase.

After Periscope employees initially walked off on Wednesday, the shop’s copy editing department, in a show of solidarity, joined Young and his colleagues in the walkout.

Today, the entire staff of Periscope walked off the job in unity, citing Quad’s slow action on addressing Periscope’s support of Black Lives Matter on social media, including weeks of preventing the agency from using that phrase in its statements, a policy Quad says it has since changed after “appropriate time for assessment.”

Ultimately, the agency posted a Black Lives Matter statement on its social channels, pointing out its solidarity with the employees that walked out yesterday.

Periscope believes that #BlackLivesMatter. We say it loud and proud as 166 employees in solidarity with those who walked off the job today. We won’t tip toe around it any longer. We are responsible for making the changes and started this morning. pic.twitter.com/sSECJfQwwE

Periscope was purchased by Wisconsin-based Quad in 2018. One of the issues raised in a statement from the agency (which can be read in full below) was that “As an agency, we have prided ourselves on our fierce independence. Since our acquisition, we have lost that independence. Today, we are reclaiming it.”

The statement follows a series of demands by Periscope employees that walked out yesterday, including mandatory diversity and inclusion training for all levels of leadership and management, that Quad ceases interference in Periscope’s “editorial independence” and the release of full, accurate diversity data for Periscope in line with 600 & Rising’s reporting guidelines. Quad evp Eric Ashworth told Adweek yesterday that Quad is working to address all these issues and now appreciates what Black Lives Matter “stands for as a movement and as a phrase.”

Quad, in a statement to Adweek, issued an apology to Periscope employees and client reiterating “its commitment to help end systemic racism.”

“We respect the Periscope employees who have spoken through their actions and continue to do so this week,” said Quad CEO Joel Quadracci in reference to the walkout. “We are on a journey, and I look forward to continuing to adjust our efforts along the way. We have been asked to listen, and we are listening very intently. We are taking decisive actions and reinforcing what we know to be true: Black Lives Matter.”

Periscope had two all-hands meetings yesterday, one of which started at 9:30 p.m. local time, which lasted close to two-and-a-half hours and included Quadracci and evp Eric Ashworth. According to Young, Quadracci opened the meeting with a long statement that he characterized as “one of those non-apology apologies.”

Young said that he confronted Quadracci on the call, reminding him of a previous conversation where he and other Periscope employees of color discussed the Black Lives Matter issue with Quad leadership.

“We let him know that the things [Quadracci] was saying were insufficient,” said Young, noting that every person on the call had Black Lives Matter as their virtual background.

After the call ended, Young and other leaders, including Persicope CCO Peter Nicholson, discussed the next steps, resulting in the letter being drafted.

“I think we were just giving [Quad] the benefit of the doubt for far too long,” said Young. “It came to a head with the walkoff. Nobody was condoning the behavior or the stance of Quad at any point. So, in that sense, [actions by Persicope employees] didn’t really surprise me. Minneapolis is a progressive city. Periscope is filled with people with good hearts and good intentions. And there is not a single person that I know of at Periscope who does not believe that Black lives matter.”

While trust is still fragile, a spokesperson from Quad said that “this is a long road, and we don’t expect it to be easy, but we are fully committed to it. We are listening carefully to voices both within and outside our organization to inform our path forward. We sincerely hope this will help to restore trust and confidence.”

According to Nicholson, he felt that the meeting was tough for Quadracci to experience, but that he has taken the issues to heart and served as a wake-up call to feel “the hurt and energy of Periscope” saying that he hopes leadership understands that it’s not just personal for Young and other employees of color, but to all of the close to 180 staffers at the agency.

“Periscope in Minneapolis has witnessed first-hand the nation’s reawakening to persistent, systemic racism,” said Quadracci. “In recent days, our Periscope colleagues have made it clear that we, as a company, failed to act with the urgency, transparency and sensitivity required on this important social issue, and we agree. Quad can and will do better as we move forward on this journey together.

“They will support us,” added Nicholson, referring to Quad. “There will be disagreements, and we will persevere. I know as Persicope, we need to be concerned about ourselves, and that’s what is most important, but I think that there’s a halo effect that will help Joel in terms of what he’s trying to on a broader stance throughout the company.”

For four weeks, the leadership at Quad has prevented Periscope leadership and staff from expressing our beliefs as an agency and taking the urgent action necessary to address systemic racism.

On June 4th, Joel Quadracci issued a video statement saying that the murder of George Floyd and the resulting protests were a “wake-up” call, and that “it’s not going to get better until people like me, in my position, who think we do a lot to address the issue understand that a lot is not enough.” He pledged to do more and do better. Days later, he struck the words Black Lives Matter from a statement drafted by Periscope for release.

We do not know why the leadership at Quad took the position that we could not post the words Black Lives Matter. We heard that it was because Black Lives Matter is too closely associated with defunding the police, and that making that statement is derogatory to law enforcement officers. We disagree. We heard that it was because Quad is a publicly traded company, and that they cannot make political statements. We disagree and so do hundreds of other publicly traded companies.

Black Lives Matter is not a political statement—it is a fact. And to deny that basic fact, for any reason, is not just wrongheaded, it is morally reprehensible.

Yesterday, 13 of our staff walked off in protest to stand for what they believe in. Today, the rest of the agency is walking off in solidarity with them, as we no longer have confidence in our interim President’s ability to lead our agency and represent our values.

As an agency, we have prided ourselves on our fierce independence. Since our acquisition, we have lost that independence. Today, we are reclaiming it.

We will never again compromise our values as an agency to make our parent company feel comfortable. Their actions and inaction have had an irreversible impact on our colleagues of color and we regret that we did not take stronger action sooner to right this wrong.

On Monday, our new President Cari Bucci Hulings will take on the unenviable position of leading an agency that is deeply wounded and mistrustful of the management decisions of our parent company. She has the full support of all Periscope employees including the 13 who walked off yesterday. We are hopeful that Monday will mark a new chapter for Periscope: one where we move past doing things people love and start doing better.