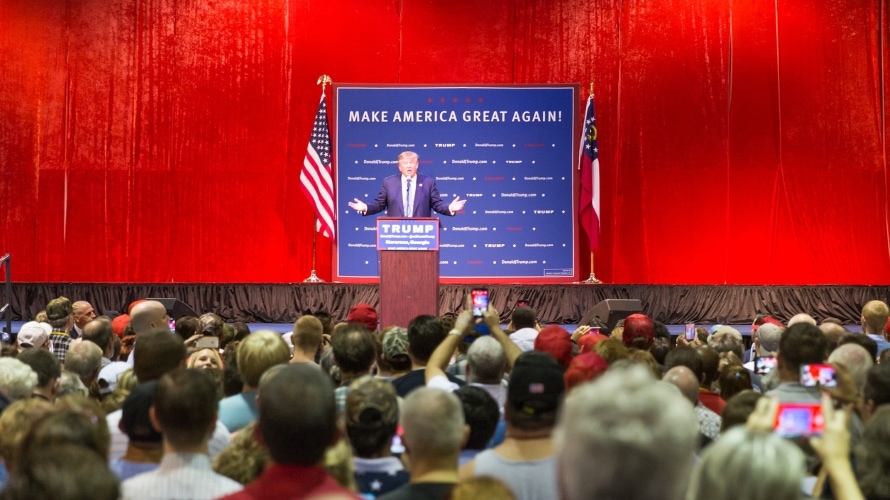 President Donald Trump is still not allowed to block Twitter users after the U.S. Court of Appeals for the Second Circuit unanimously affirmed a May 2018 ruling by the U.S. District Court for the Southern District of New York that doing so represented a violation of the First Amendment.

Judge Barrington D. Parker wrote in Tuesday’s ruling (embedded below), “We do not consider or decide whether an elected official violates the Constitution by excluding persons from a wholly private social media account. Nor do we consider or decide whether private social media companies are bound by the First Amendment when policing their platforms. We do conclude, however, that the First Amendment does not permit a public official who utilizes a social media account for all manner of official purposes to exclude persons from an otherwise‐open online dialogue because they expressed views with which the official disagrees.”

The original lawsuit was filed in 2017 by the Knight First Amendment Institute at Columbia University, representing seven plaintiffs who were blocked on Twitter by the president.

U.S. District Court for the Southern District of New York judge Naomi Reice Buchwald said in her ruling last May, “While we must recognize, and are sensitive to, the president’s personal First Amendment rights, he cannot exercise those rights in a way that infringes the corresponding First Amendment rights of those who have criticized him … This case requires us to consider whether a public official may, consistent with the First Amendment, block a person from his Twitter account in response to the political views that person has expressed, and whether the analysis differs because that public official is the president of the United States. The answer to both questions is no.”

Knight First Amendment Institute executive director Jameel Jaffer said in a release Tuesday reacting to the latest decision, “Public officials’ social media accounts are now among the most significant forums for discussion of government policy. This decision will ensure that people aren’t excluded from these forums simply because of their viewpoints, and that public officials aren’t insulated from their constituents’ criticism. The decision will help ensure the integrity and vitality of digital spaces that are increasingly important to our democracy.”

The Department of Justice represented Trump in the appeal, and spokesperson Kelly Laco said in an email to Oscar Gonzalez of CNET, “We are disappointed with the court’s decision and are exploring possible next steps. As we argued, President Trump’s decision to block users from his personal Twitter account does not violate the First Amendment.”