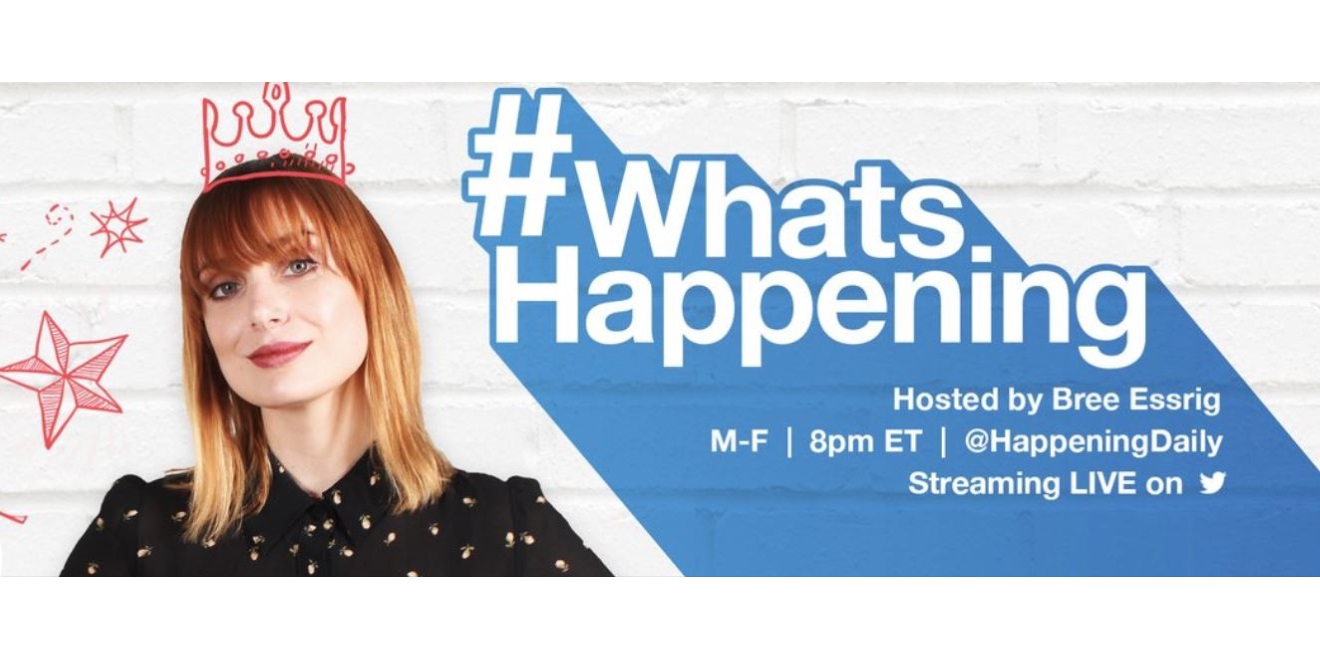 Twitter users can find out #WhatsHappening by watching the new, exclusive livestreamed program from Propagate, which debuts Monday, Oct. 9, and will livestream Monday through Friday at 8 p.m. ET/5 p.m. PT.

Propagate said in a release introducing the show that it “will deliver the most relevant stories, tweets, GIFs, clips and conversations from TV, film, comedy, sports, politics and pop culture.” Bree Essrig will host.

The Toyota Camry will be the presenting sponsor of the show’s “Feel of the Day” segment, which highlights the tweets, content and clips that sparked the most emotional responses on Twitter.

Twitter global head of live video business Todd Swidler said in a release introducing #WhatsHappening: “This live show will deliver the best of what’s happening in pop culture alongside the real-time Twitter conversation to people around the world. We are excited for Propagate to bring its fresh approach to a live entertainment show on our platform.”

Propagate co-CEOs Ben Silverman and Howard Owens added, “Twitter is at the center of every cultural conversation, with a global community of users who are quick to create instant trends through funny, smart and poignant comments. #WhatsHappening’ will identify those big moments for viewers and join the conversation.”

And Toyota Motor North America national media manager Nancy Inouye said, “Toyota is excited to be the presenting sponsor of #WhatsHappening. Just as Toyota’s guests appreciate innovation and entertainment, #WhatsHappening explores compelling and cutting-edge content on Twitter, and we look forward to bringing this to a worldwide audience together.”