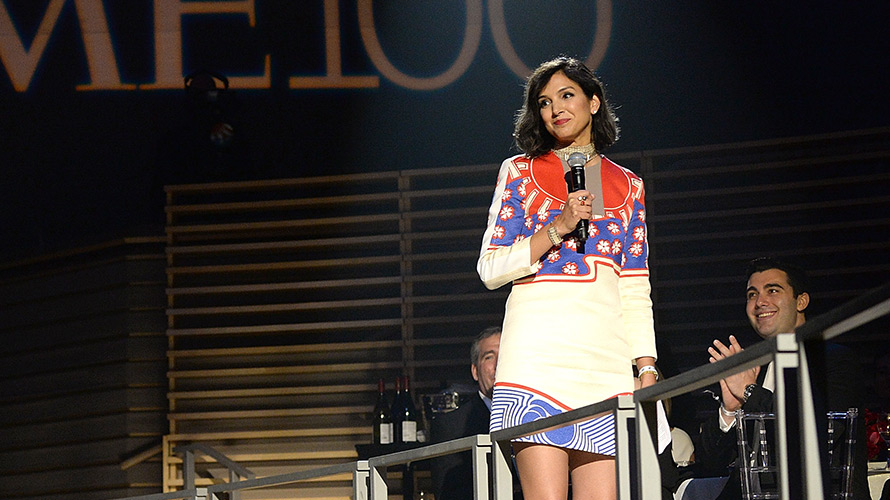 Radhika Jones has been named the new editor in chief of Vanity Fair. - Credit by Getty Images

Radhika Jones has been named the new editor in chief of Vanity Fair. This makes Jones the fifth person to hold the position since the magazine’s revival in 1983. She will take over on Dec. 11.

Jones was most recently the editorial director of books for the New York Times and took over that position last year. Prior to the Times, she worked as Time’s deputy managing editor and had been at Time Inc. since 2008.

“In Radhika, we are so proud to have a fearless and brilliant editor whose intelligence and curiosity will define the future of Vanity Fair in the years to come,” said Anna Wintour, editor in chief of Vogue and artistic director of Condé Nast.

Tina Brown, who was editor of Vanity Fair from 1984-1992, tweeted her support calling Jones a “thrilling choice.”

“There is nothing else out there quite like Vanity Fair,” said Jones in a statement. “It doesn’t just reflect our culture—it drives our understanding of it. It can mix high and low, wit and gravitas, powerful narrative and irresistible photography. It has a legacy of influential reporting, unmatchable style and, above all, dedication to its readers. I am honored to succeed Graydon Carter as editor and excited to get to work.”

Like other publications, Vanity Fair has seen traffic grow, in part, due to its coverage of President Trump, and his disdain for the media. Vanityfair.com is averaging 14 million monthly unique visitors, up 76 percent year-over-year.

Jones will see the magazine through its 150th anniversary and will oversee all content development, production and consumer experiences for Vanity Fair’s digital, social, video, print and experiential platforms.

Glamour’s editor in chief, Cindi Leive, who in September announced her own departure from the Condé Nast title, was on stage at the magazine’s Women Of The Year summit interviewing Dr. Jill Biden and former Vice President Joe Biden when the announcement about Jones was released.

Two weeks ago, Condé Nast announced it would shutter the print edition of Teen Vogue and that 80 jobs would be lost across the entire company.