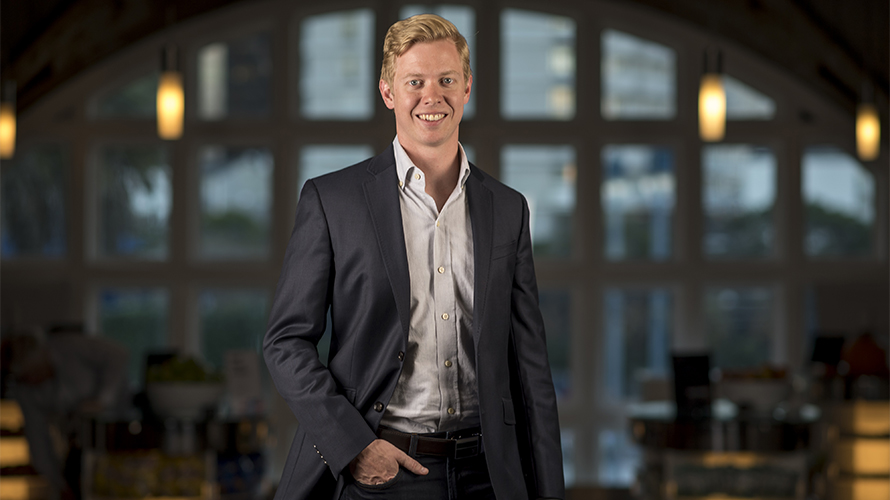 LISBON, Portugal—Reddit is closing in on its biggest face-lift yet with hopes of increasing both its users and advertisers on the platform as it works to reign in trolls and weed out fake news.

So far, a few thousand Reddit’s users have received access to the site’s first major redesign in more than a decade, but next week that pool will expand to a larger, but still small set of users. During the Web Summit tech conference this week, Reddit CEO Steve Huffman previewed what the final version will look like. Those updates—which include a heavier focus on visuals, more intuitive navigation for users and easier customization of community pages—are expected to be rolled out to everyone in the first quarter of 2018.

According to Huffman, the updates will make Reddit feel more modern like the platform’s mobile app, which he says usually performs three to five times better in terms of time spent, page views and daily sessions than the current website. (Overall, the company has grown from 240 million users last summer to more than 300 million.)

“There’s kind of quantity and quality, and I really kind of focus on the quality,” Huffman told Adweek. “That’s the ‘make Reddit welcoming’ (motto) to make sure that the users that we do have are spending more time on Reddit, finding more stuff, finding their home and aren’t just lurking at a surface level. I want to close that gap too.”

While Huffman’s preview features how the design makes for a better user experience, Huffman said he hopes it will also make Reddit more appealing—and more understandable—for brands that want to reach those users. And while advertising has been a source revenue for the company since the beginning, the company didn’t begin investing in ad products until 2010.

While it’s had advertisers since the beginning, Reddit hasn’t always had the best reputation. That’s partly because of the hate speech and trolling that are sometimes top of mind when someone thinks of the website sometimes referred to as “front page of the internet.” Just two years ago, internet activist Casey Stevens started a campaign asking advertisers to boycott Reddit until it could do a better job of monitoring itself. Reddit has worked to cleaned itself up, and Huffman said the site now takes extra precautions such as white listing brand-safe pages, which now covers 80 percent of content. It’s also put in place a way for marketers to target by keyword and also to avoid others with anti-keywords.

“I can talk about all this great stuff on Reddit and how it changes peoples’ lives and on a small scale it makes you laugh and on a large scale you can find support for some serious things,” he said. “And then you visit Reddit’s front page and you’re just like ‘What?’”

“There’s a difference between what maybe people perceive versus what Reddit actually is. And we can counteract by showing them what’s actually on Reddit and there’s awesome, amazing stuff here."
Reddit CEO Steve Huffman

One of the most recent brands to run a campaign on Reddit was Audi, which sponsored an AMA (“Ask Me Anything”) interview with Elizabeth Banks and Adam Scott while they drove around at 115 miles per hour. Huffman said auto brands such as Audi and Toyota, along with various entertainment brands tend to do well when they can target a specific audience.

This past summer, Reddit even made its pitch to advertisers in Cannes, touting its large and passionate audience while also dispelling concerns about the prevalence of trolls.

“There’s a difference between what maybe people perceive versus what Reddit actually is,” he told Adweek in Lisbon. “And we can counteract by showing them what’s actually on Reddit and there’s awesome, amazing stuff here. Yeah, there’s some weird and fringy stuff too, but that’s life. That’s the world—And they may be your customers. Even crazy people drive cars.”

However, there’s another potential problem that plagues not just Reddit but also others as well: fake news, which includes anyone who might share a conspiracy theory, hate speech or propaganda on a page. That’s somewhat easier to do on this website because of the anonymous posts-and-comments culture baked into the community. However, late last month, Reddit shut down several pages affiliated with Nazism and violent content.

It’s a tricky issue to solve because taking a laissez-faire approach to free speech is part of what makes Reddit Reddit. But while it might seem easy enough to ban one group, there are others that are more nuanced or tougher to identify. Huffman said people have been trying to game Reddit since the beginning. That in a way gives them a head start compared to Google and Facebook, which are now grappling with similar issues on their organic and sponsored content sections in light of evidence that Russian operatives have been active on the platform.

He said the Russian revelations are a sign that society needs to “strengthen our immune system between what’s real and what’s not.” And while it might be easy to ban Russian propagandists or Nazi sympathizers, it’s not as clear to know when something might be satire or simply biased reporting.

In a way, it might be a good thing that Congress has started having hearings about whether it should regulate some of the internet’s biggest players. Huffman doesn’t think they should be regulated, but added that there should be more communication between Silicon Valley and Washington. At the same time, he needs to make sure that users’ privacy is still secure.

“I kind of feel like this relationship between a parent and children who are fighting and they’re like ‘You guys solve this yourself or we’re going to solve it for you,'” he said. “That’s not an unreasonable position to take. I don’t love hearing it, but like look. I get it.”

Huffman said he and the company’s CTO are leading the effort to investigate whether Russian operatives have been active on Reddit pages. So far they’ve found a few things, he said, but not a lot.

However, he said these aren’t just tech problems.

“There are tech solutions, but these are people problems,” he said. “And this is a society problem and we as Americans and citizens of a modern society do have to work together to uphold our values. And part of that is agreeing on what our values are.”