It worked with Lucidity on the first test 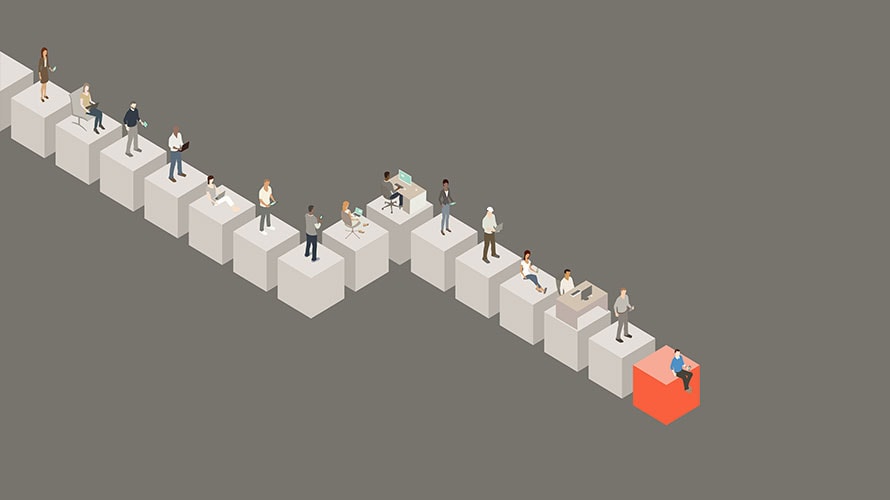 Lucidity wanted to find out which impressions and clicks were real traffic and which were more likely bots or gamed.
Getty Images
Share
By Marty Swant
|
February 11, 2019
Share

A new pilot test for blockchain-powered digital ad campaigns is shedding a little more light on what’s already become obvious: Clicks are not always as human as they appear.

To better understand how much waste exists in digital campaigns, IAB Tech Lab and Lucidity spent the second half of 2018 running a dozen campaigns from brands like Toyota written onto Lucidity’s blockchain technology.

By ingesting signals from all parts of the supply chain and writing them onto a blockchain, Lucidity verified which impressions and clicks were real traffic and which were likely from bid caching—a controversial process of storing bid requests and then using them to bid on other inventory—or bot fraud. The findings paint a picture of the type of waste that exists in the ad-tech ecosystem. Of the 29 million impressions tracked, only 85.9 percent were verified using the tracked signals from demand-side and supply-side platforms. Meanwhile, just 59.8 percent percent of clicks could be confirmed as human traffic—leaving about 22,000 of 55,000 clicks unaccounted for.

Campaigns that moved ad spend away from faulty traffic led to a click-through conversion rate of 22 percent, compared with a 7 percent conversion rate for those that weren’t optimized. In other words, the campaigns that didn’t change anything attracted three times the total number of clicks, but only one-third the optimized campaigns’ results.

While Toyota was the only brand disclosed as a part of the pilot, Lucidity said there were a number of other major advertisers including a movie studio, a beer company and a retailer. Results of the pilot, which were released today, also showed a difference between the match rates—the process of verifying ads—of ads on websites and those inside of apps. The match rate of websites was 96.4 percent, while the match rate of in-app ads was just 64.9 percent.

The results come as marketers continue to grapple with how to detect and avoid digital ad fraud. While several people were arrested recently as part of an investigation into the use of bots to siphon revenue, other ad-fraud networks still exist. Last week, the measurement company DoubleVerify revealed that it had identified a bot network that perpetrated ad fraud by circumventing protections such ads.txt, an industry program that is supposed to prevent the sale of ads on unauthorized inventory.

Lucidity’s pilot is just one of several the IAB Tech Lab ran last year. Other companies, including MetaX, Kochava, and Fusion7, are also collaborating with the IAB on blockchain pilots. The results of those are expected later this year.

“I do think it provides some evidence of the benefits of transparency,” said Dennis Buchheim, senior vice president and general manager of the IAB Tech Lab. “And honestly … the benefits of getting different participants in the ecosystem to attach themselves to transactions gives us that more complete view of how an ad request flowed and generated impressions and clicks.”

Later this week, Kochava plans to roll out a pilot with the IAB that takes more of an open-source approach to blockchain-enabled advertising. Rather than requiring marketers to have different standards for each ad network, Kochava’s blockchain platform, Xchng, will create a common protocol that’s applicable to many ad networks instead of just one.

“Our thesis since the beginning has not been a business for selling media,” said Kochava CEO Charles Manning. “It’s been a set of pipes for which we want the industry to standardize around. … What better way to do that than to have an open-source implementation?”

While the use of blockchain technology in digital advertising was a much-hyped topic in 2018, it still accounts for a relatively small sliver of the digital advertising market. However, it continues to generate interest. The IAB Tech Lab’s working group for blockchain—the group providing oversight for the pilots—is the second most popular within the trade organization. (The most popular is IAB’s group focused on improving and standardizing real-time bidding on ad exchanges.)

Buchheim said blockchain chatter in 2019 has already become “less frothy.” That’s partly because brands have been forced to redirect their focus to issues such as data privacy—thanks to the enforcement of laws in Europe and, soon, California.

Buchheim said this year will be less about “knee-jerk” reactions to blockchain technology and more about what might actually work in the long term.

“I think it’s fair to say that it’s highly likely that blockchain has a bigger impact on the ad industry than it appears now,” he said. “But it’s going to be a little while.”