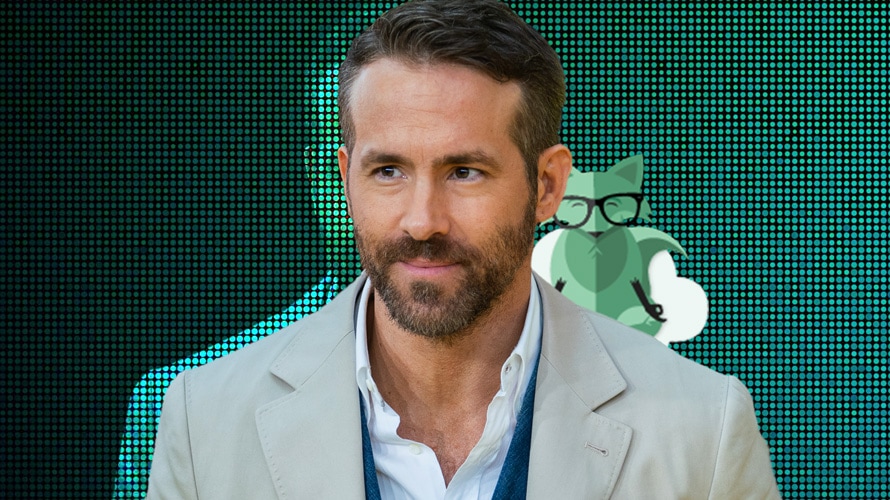 The next venture for Ryan Reynolds, the dry-humored actor and marketing genius who bought a gin company early last year, is something a little less glamorous: an ownership stake in the budget mobile carrier Mint Mobile.

“It’s a bit unconventional, which is why I like it,” said Reynolds in a statement. “Celebrities generally invest in high-end products like skincare brands or delicious gin companies. Yet Mint is making wireless way more affordable at a time when the average American is paying $65 a month. I’m excited to champion a more practical approach to the most essential technology.”

Mint Mobile’s main message to potential converts is that it has plans for $15 per month. The company sees itself as a disrupter of the mobile network carrier industry.

“Mint Mobile’s consumer-centric approach and maniacal focus on generating consumer value has kicked Mint into hyper-growth mode,” said Mint’s CEO David Glickman in a statement. “It’s fitting that the most disruptive wireless company is now owned by the most innovative marketer on the planet.”

Mint’s in-house marketing team, alongside Ruffian Productions, caught the nation’s attention last year during the Super Bowl with an unconventional spot that used Chunky Style Milk to communicate the tagline “That’s not right!” Some people loved it; many were disturbed.

But according to Ruffian director Evan Silver, it worked.

“The creative gamble certainly paid off for Mint in millions of free media dollars, brand recognition and massive customer growth,” Silver told Adweek in August. “It crossed into popular culture in a big way, making it on news outlets, blogs and late-night shows. It took on a life of its own online after the game.”

It seems like Reynolds could be a good fit for the unexpected personality of the Mint Mobile brand. His marketing for Aviation Gin has included stunts like an attempted truce with Hugh Jackman following a Twitter feud, sneaking an ad inside not one—but two—other ads and even teaming up with “that guy” from the Netflix Fyre Festival documentary.

“Our minty fresh owner Ryan Reynolds,” it reads. Following is a message from the man himself: “While every other tech titan is off chasing rockets, I’ll corner the budget-friendly wireless sector. Like most people, I only use rockets 10-12 times a year, but I use my mobile service every day.”

Reynolds sat down with Adweek in June when he was named to our annual Creative 100 list and described the thought process behind marketing he’s done for Aviation Gin. “How can we tackle something that is culturally relevant, have fun with it and be self-deprecating,” he said, “while also creating a certain level of brand awareness?”

We can’t wait to see what this looks like wrapped in mint.