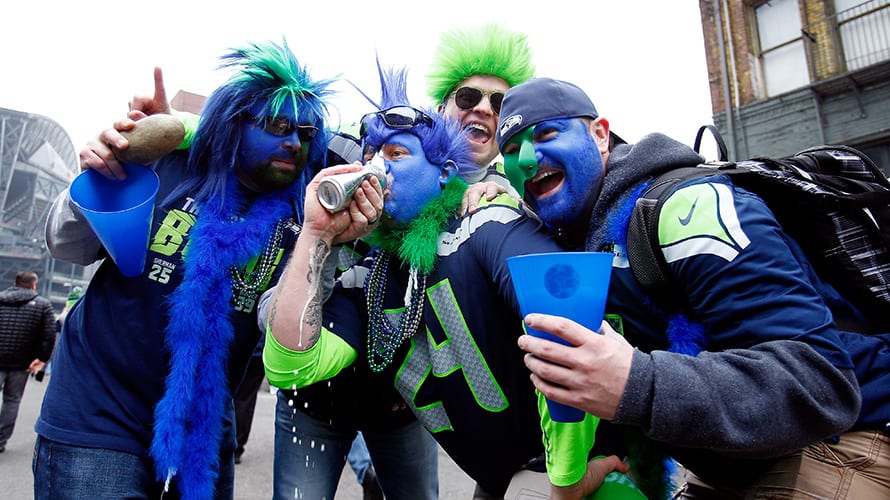 Members of identification service Clear can tap to enter the stadium and buy concessions. - Credit by Getty Images

The Seattle Seahawks will take on the Indianapolis Colts in their first preseason game of 2018 on Aug. 9, and for the first time, fans at CenturyLink Field will be able to enter the stadium and buy concessions, including beer, with their fingerprints.

CenturyLink Field teamed up with biometrics company Clear to make that possible. It is the first NFL stadium to do so. The Seattle Sounders soccer team also plays at CenturyLink, and its fans will be able to avail themselves of the fingerprint-to-enter-and-purchase option, too, as will fans of the Mariners, who play at Safeco Field.

Clear said in a statement that the state of Washington has OK’d biometric-based age validation as a replacement for traditional ID check, so Clear members can use their fingerprints to prove they are of legal age to purchase alcohol. Clear said it marks the first time in the U.S. that biometrics are replacing IDs for age verification.

This option is available in Clear lanes at two of CenturyLink Field’s gates as well as at Clear Concessions in the Delta Sky360 Club near sections 210 and 234.

At Safeco Field, it is available in Clear lanes at two gates as well as at Double Play Chicken and Sausage and Shortstop Beer.

Membership is $179 per year. Members can add up to three family members for $50 each. Children under 18 are free.

The service, which Clear claims can get members through airport security in less than five minutes, is available at 38 airports and stadiums in the U.S., including the homes of the Marlins, Yankees, Mets, Rockies, Giants, Tigers, Braves and A’s, as well as the NBA’s Miami Heat.

Clear says it has “millions of members.”