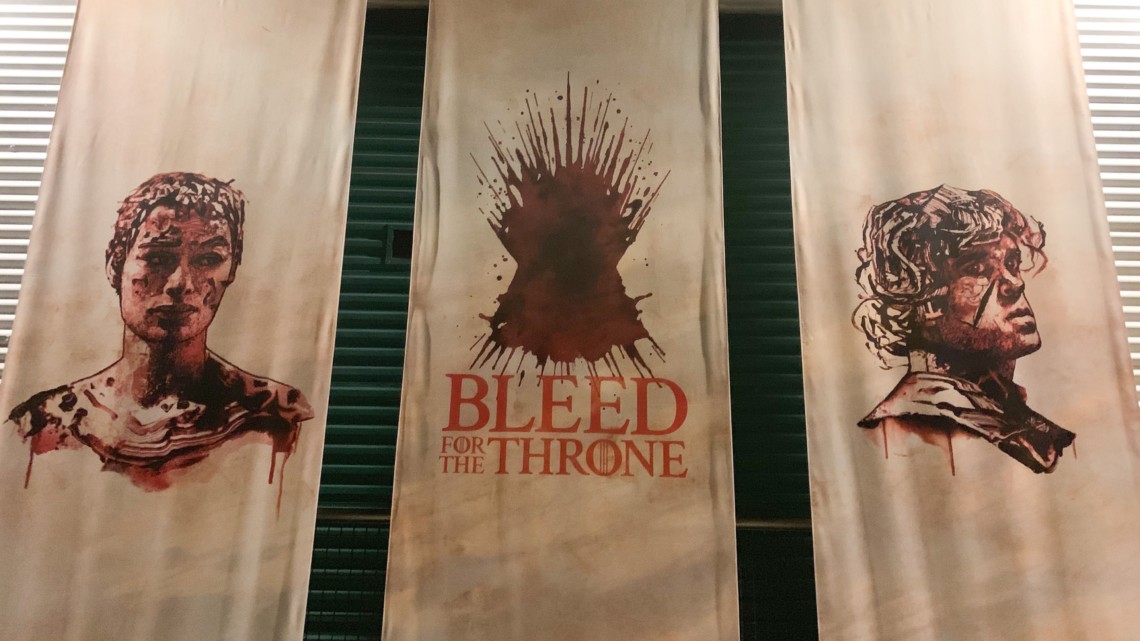 Using AR, fans were able to get immersed in SXSW's Game of Thrones activation. Dianna McDougall

Snapchat and HBO are using augmented reality to enhance the Game of Thrones experience at this year’s SXSW.

At the castle and battle-training area created in Austin, Texas, to promote the upcoming season of the Game of Thrones, Snapchat worked with HBO to create several AR components that added a digital layer to the real-life experience.

Using Snapchat’s AR marker tech—a tool that connects the digital AR technology in a phone to real-world objects—massive banners outside featuring various characters became digitally splattered with blood when scanned with the lens on the app’s camera.

With another lens, a map outside a tent within the training grounds came to life with fire. Additionally, each visitor got a pin, and when they scanned it with Snapchat, it digitally caught fire and sparkled.

This isn’t the first time a brand has used Snap’s AR marker tech tool. The company also worked with Foot Locker and Nike last month to make LeBron James pop out of a wall in stores.

In addition to the HBO integration, Snap has a larger presence of its own this year at the annual digital media festival, taking over a bar in downtown Austin for three days of panels and other events.