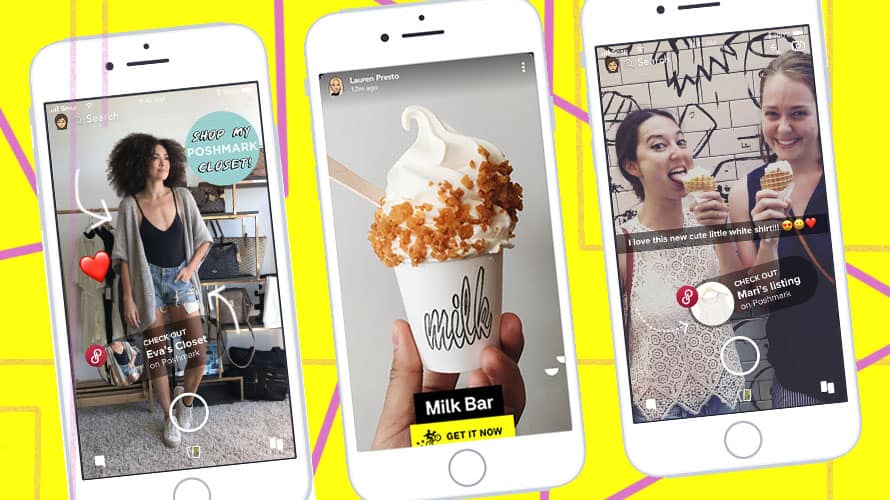 After years of not offering a public application-programming interface like those of Facebook and Twitter, Snapchat is finally providing some access to the developer community with its introduction of Snap Kit, a set of four APIs that will enable developers to incorporate parts of the messaging app’s experience into their own apps.

“From an advertiser’s perspective, this is a massive opportunity for Snap to gain more signals about its users and what they’re interested in on and off of Snapchat,” said Aaron Goldman, chief marketing officer at marketing technology firm 4C Insights. “Overall, Snap Kit will certainly make Snap more pervasive. In some ways, it’s an example of Snap turning the tables and borrowing a strategy from Facebook.”

Developers must ensure Snapchat users know their login data is being used, and the only information that is shared when they log into other apps is their display names and, optionally, their Bitmoji avatars.

Personally identifiable information, such as age, gender, location, is not shared, nor is any data on users’ friends. A Snapchat spokesperson said, “We have never offered a product like an open social graph, and we do not share—or allow Snapchatters to share their own—friend network information with third parties.”

Snap Kit will also automatically disconnect apps that users have not signed into with Snapchat in more than 90 days.

Snapchat said any further third-party integrations beyond its launch partners for Snap Kit must go through a review and approval process involving its trust and safety and customer operations teams, and developers must agree to its privacy standards.

Snap Inc. vice president of product Jacob Andreou tolda TechCrunch, “It really became challenging for us to see our users then use other products throughout their day and have to lower their expectations … having to be OK with the fact that all of their information and data would be shared. I think one of the parts that [CEO Evan Spiegel] was really excited about with this release is how much better our approach to our users in that way really is—without relying on things like policy or developers’ best intentions or them writing perfect bug-free code, but instead by design, not even exposing these things to begin with.”

Creative Kit enables developers to integrate their own content—stickers, filters, links—directly into the Snapchat camera.

Developers can also let users of their apps bring highlights from those apps—high scores, workout stats, playlists—directly into the Snapchat preview screen to customize and share with friends.

Postmates is one of Snapchat’s launch partners for Creative Kit, and it said in a blog post, “Starting today, you can share two things with friends: any restaurant and its complete menu (in case you’re getting food for others) or the real-time status of an order, including a visual map of where the food is.”

Login Kit lets developers allow users to link their Snapchat accounts to their apps and bring their Bitmoji avatars with them. Snapchat said the API makes it easier for people to unlock features and speeds the login process.

Bitmoji Kit gives developers the capability to allow users to bring their Bitmoji stickers into the experience, and the API puts the onus on developers and makes the integration seamless for users.

Dating app Tinder, a Bitmoji Kit launch partner, said its users can use their Bitmoji as ice-breakers by sending them directly in Tinder chat.

And Story Kit enables developers to embed Snapchat Stories in their own platforms. In addition, public Our Story and Snap Map content can be searched based on location, time, captions and other criteria so developers “can see what their fan base is up to,” a Snapchat spokesperson said.

Pandora product manager Laura Eng said, “In the coming weeks, Pandora listeners will be able to share their favorite songs with any Snapchatter in the U.S. You don’t even have to connect your Snapchat and Pandora apps. SoundHound said in a blog post that its users can create customizable music Snaps that contain song details, exclusive animations, Snapchat effects and playback links to SoundHound.