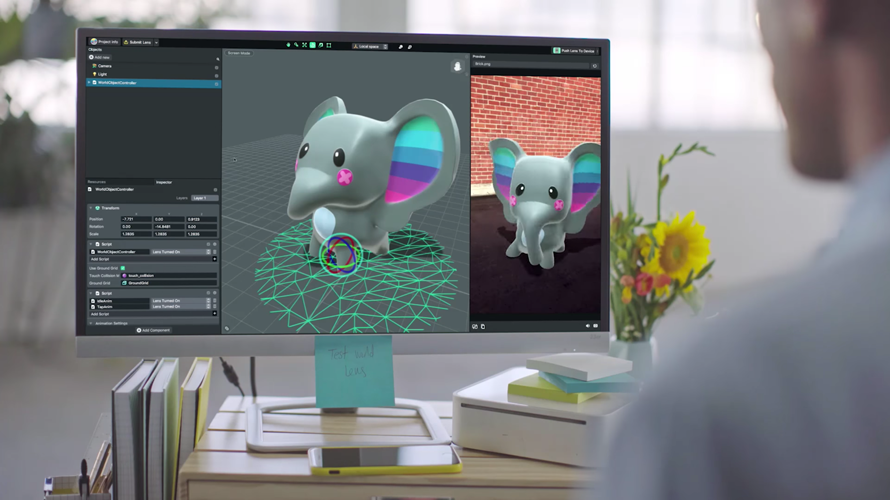 The company is giving brands and users the resources to run campaigns.

Want your own version of Snapchat’s viral dancing hotdog filter? Now you can make it.

Much like Snapchat’s six-month-old self-serve ad platform, the idea is to give brands and users the resources to run campaigns (and hopefully help users above the age of 30 understand how its features work).

According to Snapchat, more than 3,000 lenses have been created over the past year—including sponsored graphics for Bud Light, Warner Bros. and BMW—and 70 million people (or roughly one-third of Snap’s daily active users) play with a lens every day. The app also claims that a mind-boggling 1 trillion photos will be taken with Snapchat this year. There are 31,536,000 seconds in a year; so we are talking about 31,710 Snaps per second. Anyway.

The launch of Lens Studio falls on the heels of Facebook also opening up its augmented reality platform to creators and developers this week, showing how important augmented reality features are becoming to social platforms’ next wave of innovation.

It’s another example of the back-and-forth battle between Facebook and Snapchat to copy and subsequently one-up each other’s features. While Facebook and Instagram have borrowed Snapchat’s stories and augmented reality features, Snapchat’s recent redesign includes an algorithm powered by machine learning, much like Facebook’s newsfeed.

“When you open it up to the masses, you have the ability for more ideas to generate so that it’s not in a ‘walled garden,'” said Jeff Malmad, managing director of Mindshare North America’s Life+. “If you unleash people and you let the masses participate in the creation of something that’s new, you’ll start to find new and unique things that maybe you didn’t realize you should or could do.”

Up until now, Snapchat’s sales and creative teams have been handling all aspects of lenses, with the average campaign taking six to eight weeks to turnaround. Now, the seven firms will also create lenses and were chosen by Snapchat because they specialize in “3D modeling, texturing, rigging and animation.”

The firms will only handle creative for lenses, while Snapchat will manage media buying. In the past, lenses have included a minimum ad spend anywhere from $250,000 for normal days to $750,ooo for bigger buys around holidays like Christmas or Halloween. Lenses are now priced on a cost-per-impression basis from $8 to $20 based on targeting.

Orli LeWinter, svp of strategy and social marketing at 360i, commented that Snapchat opening up its AR platform “will remove some of the barrier to entry for brands to participate in lenses and other immersive experiences, like AR Stories and overall make the platform more open to more types of advertisers.”