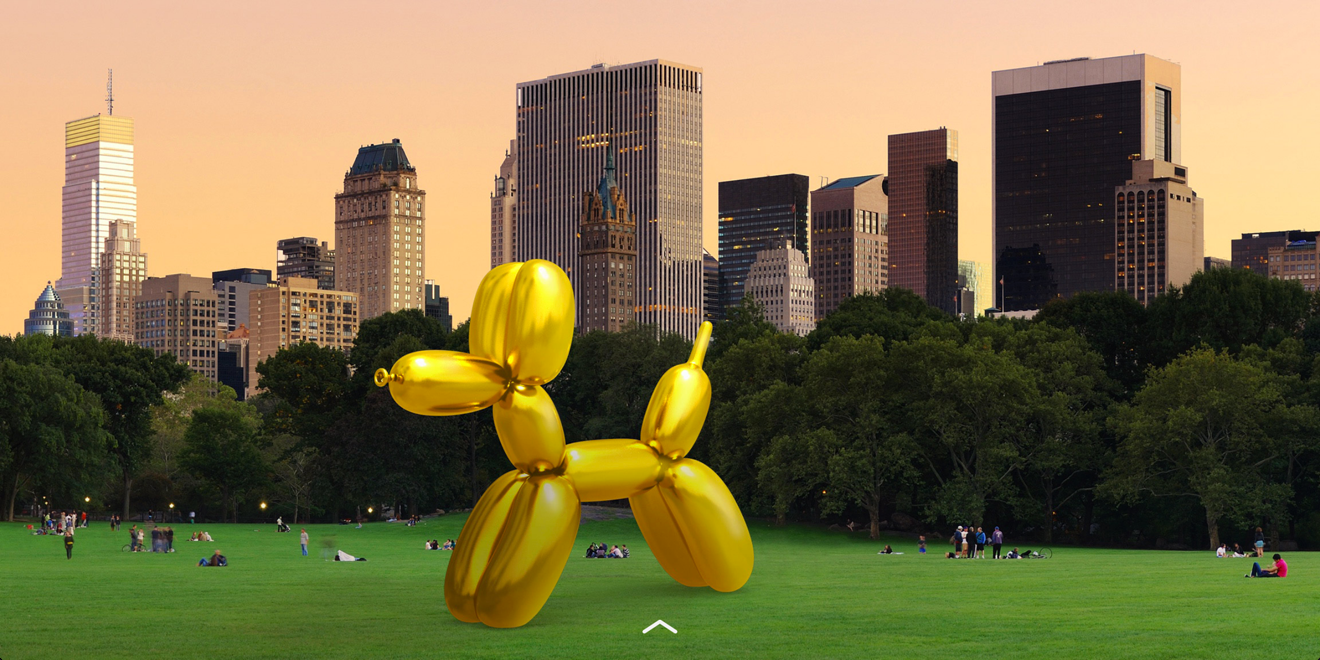 The app is working with American artist Jeff Koons to create AR world lenses. Koons created lenses based on some of his most famous works that Snapchat users can unlock in nine cities: New York; Paris; London; Toronto; Sydney; Chicago; Rio de Janeiro; Washington, D.C.; and Venice, Calif. To use one of the lenses, users have to have Snapchat open within 300 meters of the location. For instance, people strolling through New York’s Central Park can overlay a three-story-tall graphic of one of Koons’ famous balloon dogs to their photos and videos.

The news initially leaked on Monday when CEO Evan Spiegel was interviewed by Walter Isaacson at Vanity Fair’s New Establishment conference in Los Angeles and Snapchat posted a link to a website with a countdown clock to today.

The lenses will be available at each location for a couple of weeks before they move on to a new spot, and users can track the whereabouts of the lenses on a microsite. Snapchat is also asking artists to work with them on the website, hinting that future collaborations are in the works.

The intriguing gradual rollout of art installations mimics how Snapchat launched Spectacles last year, with colorful vending machines popping up all over the country and trackable on a website.

Snapchat has been ramping up its AR efforts. Last week, the app launched sponsored world lenses that let brands design AR decals that appear in the real world. Bud Light and Warner Bros. are the first two brands to design lenses and build on the hype from the app’s dancing hot dog graphic that went viral this summer.

“I recently saw a dancing bacon, which was a lot of fun,” Spiegel said at the Vanity Fair conference today. “The lenses are an example of the way Snapchat is trying to remove friction from the creative process. The fact we can bring these ginormous sculptures anywhere in the world is just the beginning of inspiring young people all over the world to create with our cameras.”