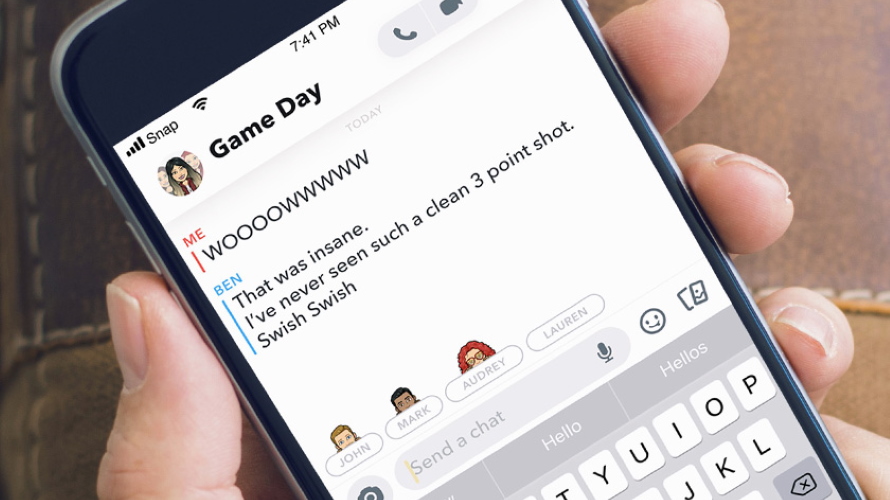 While everyone else’s mind is on Super Bowl LIV, Snapchat is already focused on March Madness.

According to Snap Inc. internal surveys, nearly 75% of Snapchatters who intend to watch the 2019-20 NCAA Men’s Division I Basketball Championship use the messaging application while watching live sports.

In addition, over 65% of that group will use Snapchat to chat with their friends about the games, and more than 60% will update their Stories during those games, with the same percentage saying they may watch related Snapchat Stories. 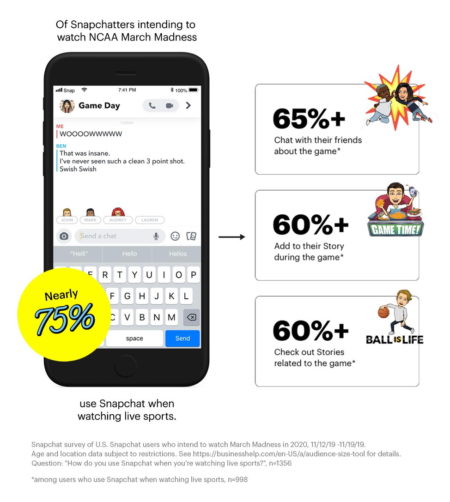 Snapchat
Curated Our Stories will feature Snapchatters’ best moments off the court.

Snapchat said in a blog post, “Generation Z uses Snapchat to enhance their live sports experience. Brand marketers wanting to truly ‘own’ a live sports event can use Snapchat’s advertising products to amplify their brand with Gen Z before, during and after each game. This can engender incremental brand awareness and campaign reach, as seen in past ad campaigns.”

According to data from Nielsen studies commissioned by Snap Inc., Snapchat is seven times more efficient than television at reaching advertisers’ target audiences, on average.

Snapchat saw incremental reach up 23% on average among its advertisers’ target audiences, according to Nielsen, and 72% of the app’s Gen Z reach was not reached by TV.

The company also shared the results of a multiproduct campaign run by sandwich chain Subway during the 2018-19 NCAA Men’s Division I Basketball Championship tournament, which included Snap Ads, lenses, filters and a takeover of the app’s Discover channel in its attempt to reach Gen Z and millennial consumers.

Kantar found that the campaign drove lifts of six points in ad awareness and eight points in brand affinity, with the latter two figures rising to 13 points and 17 points, respectively, among Gen Z and millennials. 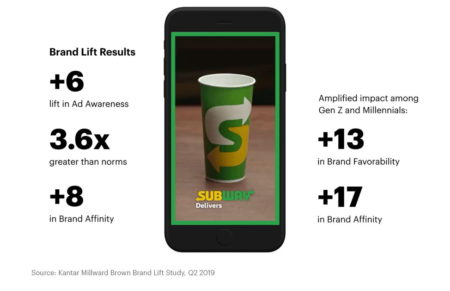 Snapchat
Subway media director Melissa Sutton said in the blog post, “Snapchat has been a great partner for us. Last year’s March Madness campaign was a perfect example of how its platform can drive successful advertising results. By collaborating on creative, innovative ads across a variety of formats, we were able to reach its valuable, unique Gen Z audience in a highly impactful way.”

And Snapchat concluded, “Marketers can look forward to March Madness on Snapchat in 2020 because of the hyper-relevant content on our platform, Snapchatters’ engagement during live sports events, our proven ability to add incremental reach to TV advertising and the strong performance advertisers saw during March Madness in 2019.”