Snapchat’s CFO Is Resigning After Less Than a Year 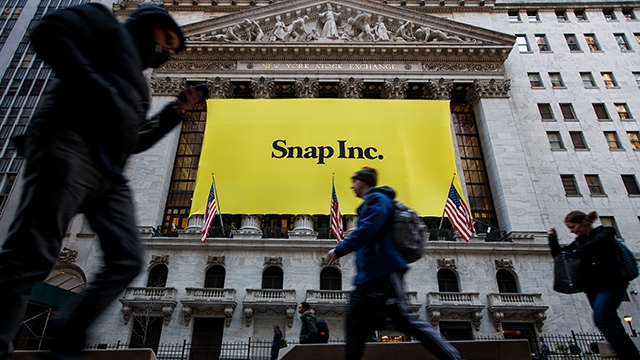 Snap Inc.’s chief financial officer is leaving after less than year in the role.

According to a filing today with the Securities and Exchange Commission, Tim Stone is resigning to “pursue other opportunities.” In the filing, the company said Stone isn’t leaving because of any disagreement related to “our accounting, strategy, management, operations, policies, regulatory matters, or practices (financial or otherwise)” and that a final date for his departure has not yet been decided.

Stone joined the company in May 2018 after more than 20 years at Amazon. According to an SEC filing at that time, his starting salary was $500,000 along with restricted stock units worth $20 million.

After news of Stone’s departure, Snap shares fell sharply in after-hours trading after ending the day on a gain. In its latest filing, the company said it still plans to report fourth-quarter revenue and adjusted earnings results that are “slightly favorable to the top end of our previously reported quarterly guidance ranges.”

In a memo sent to the company’s staff, Snap CEO Evan Spiegel said Stone “has made a big impact in his short time on our team.”

“I know we have all benefitted from his customer focus and the way he has encouraged all of us to operate as owners,” Spiegel wrote.

Stone is the latest in a string of executive departures at the company. On Monday the company’s human resources chief quit just a few months after its head of content left in November and its chief strategy officer resigned in September.