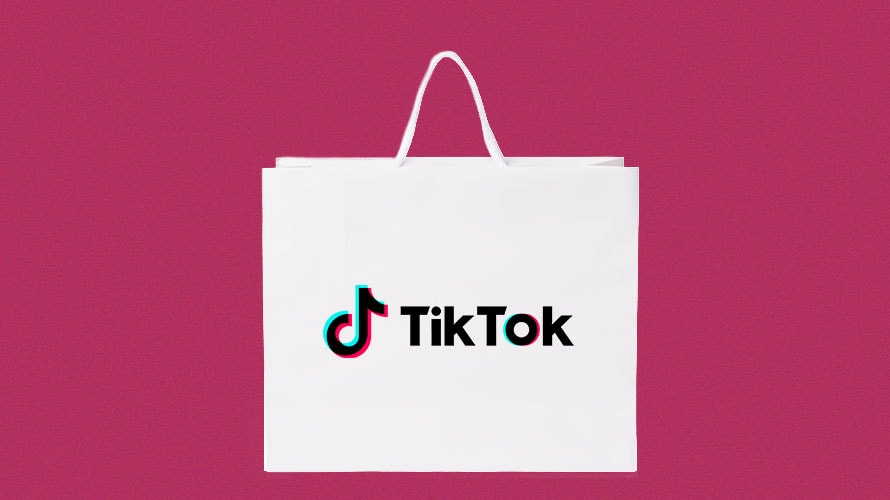 Every major social platform is attempting to understand shopping behavior. On Snapchat, that means testing out exclusive drops with Jordan Brand or Adidas. On Pinterest, it looks a little more like personalized ads based around what users pin to their digital board. Other platforms, like Google and Instagram, are also wading into the crowded place with shoppable ads or checkout options.

And then there’s TikTok, which is ahead of these companies in other parts of the world and beginning to test the shopping waters in the U.S. by creating opportunities for brands to experiment with its ad offerings.

Take Hollister, for example, which is running in-feed video ads encouraging users to shop while browsing the app. Tapping on the “shop now” button, pushes users to a microsite experience where they can browse and shop while still in the TikTok app.

“TikTok has been on our radar for a little while, and this opportunity opened up a couple of weeks ago to try it,” said Michael Scheiner, svp, marketing at Hollister. “At this point, it’s really more about that test and learn. But so far, we’re pretty excited about the results that we’re seeing.”

Scheiner said Hollister has used the platform for about a month and is measuring engagement, reach and traffic. He declined to share specific numbers but said the company is “pleased” with what it’s seeing.

Lesley Parks, senior strategist, Wunderman Thompson, said it’s not too early for a brand like Hollister to start taking advantage of an emerging platform like TikTok and learning about how Gen Z shops. Variety reported that by October 2018, TikTok was downloaded 80 million times by U.S.

Currently, TikTok offers brands in-feed video ads that show up between user-generated content along with branded hashtag challenges, in which brands or creators encourage users to make their own videos using a promoted hashtag, and brand takeover ads, where a full-page ad appears when a TikTok user first opens the app.

Both brand takeover and in-feed video ads can include links to shoppable pages hosted outside of TikTok, where brands can encourage users to purchase their products on mobile. Brand takeover ads cost between $50,000 and $100,000, and branded hashtag challenges are being sold for a flat fee of $150,000 for six days with promotion, Adweek previously reported.

Noah Mallin, head of content and experience at Wavemaker, said it wouldn’t surprise him to see an in-app shoppable ad option in TikTok in the future.

“I’m not sure the scale is there yet beyond the app downloads, but it could be a very interesting place for ecomm fashion and beauty,” Mallin told Adweek.

Media buyers and planners have told Adweek that TikTok is top of mind for them as they figure out more ways to reach the Gen Z audience. It’s a particularly appealing platform for consumer-packaged-goods brands and retailers looking to reach women between 16 and 24 because of the app’s user base, but it’s still a testing ground in the U.S.. Many of the agency-side conversations about using the platform remain exploratory and are focused on general brand-building and awareness, said one buyer, who was not authorized to publicly discuss platform partnerships.

TikTok is building out more ad options to make its platform more appealing to a wider set of marketers. It is working on building out a self-serve biddable ad platform that could become available as soon as this summer, Adweek previously reported, and there is interest from both media planners and the platform in making more inroads with direct-response marketing options. That “shop now” option encouraging consumers to buy products right away is just one way direct-response marketing could look.

A spokesperson for TikTok did respond to requests for comment.

Hollister isn’t the only clothing brand to test the TikTok waters. Guess ran a branded hashtag challenge, #InMyDenim, that it promoted in 2018. Gymshark, a U.K.-based athletic wear company, leveraged TikTok using a handful of influencers on the platform.


In China, shopping capabilities aren’t just an advertising tool; they’re an in-app feature. In December, the platform rolled out a shopping cart feature that let popular users set up personal ecommerce pages through which other TikTok users could browse and buy. Xiaofeng Wang, senior analyst at Forrester, said that according to her estimates, more than 60,000 influencers and brands used the shopping cart feature and that brands that started using it early sold out 100,000 items on Singles’ Day—the world’s biggest shopping day.


“I think the feature has great potential, and it will become another important monetization model besides advertising for TikTok,” Wang said. “Early adopters, no matter retailers or brands, will gain competitive advantages by leveraging emerging platforms like TikTok.”

While it might be easy to compare what TikTok is doing to Instagram’s efforts to lure shoppers and brands to its shopping tools, Parks said TikTok is shaping up to be more like Snapchat, considering the ephemeral, curated content. However, while social commerce is alive and well in China, Parks cautions against thinking that same type of behavior can exist in the U.S.

“The difference between the Chinese market and the American market , especially the American teenage market, is they’re not purchasing at the same cliff as the Chinese consumer is,” Parks said. “I wouldn’t imagine a world where advertisers would surpass 100,000 items sold on launch, but I imagine it will be successful, especially for those lower price-point items.”

For now, expect to see these ad formats on the platform, as marketers figure out what works.

“In terms of creative capabilities, it’s going to be an exciting canvas for advertisers to play in,” Parks said. “There’s a lot of white space to be occupied by brands who have something to say.”

@itstheannmarie annmarie.alcantara@adweek.com Ann-Marie Alcántara is a tech reporter for Adweek, focusing on direct-to-consumer brands and ecommerce.
@kelseymsutton kelsey.sutton@adweek.com Kelsey Sutton is the streaming editor at Adweek, where she covers the business of streaming television.