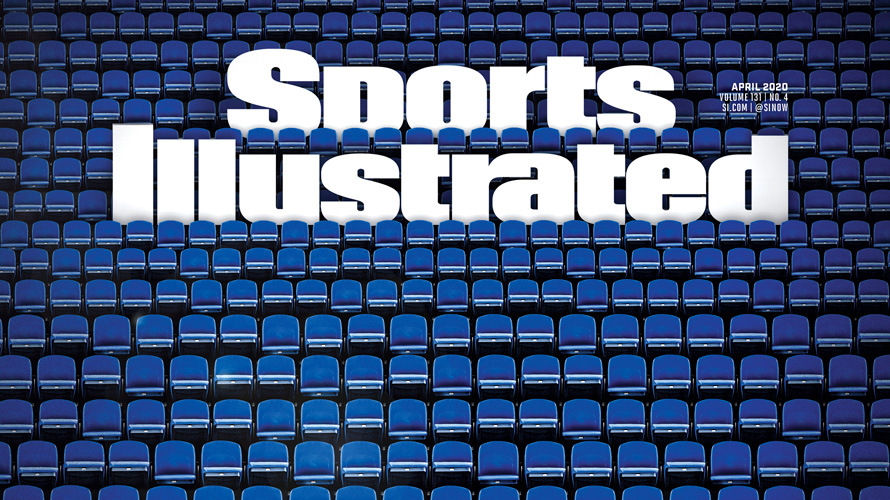 Editors at Sports Illustrated had just nearly put the magazine to bed when Utah Jazz center Rudy Gobert announced he tested positive for COVID-19 on March 11. From there, the game that pitted Gobert’s team against the Oklahoma City Thunder was postponed and, soon after, the NBA suspended its 2019-2020 season indefinitely.

Suddenly, SI’s upcoming magazine issue, with a cover featuring an NBA star and a focus on the playoffs (which editors may use later), wasn’t very timely.

“It became very clear that we had to change gears at the last minute,” said Stephen Cannella, co-editor in chief of Sports Illustrated.

Major sports leagues including the NHL, MLS and MLB have put their games, if not whole seasons, on hold or outright canceled. It left SI editors tasked with piecing together a print product that would still feel fresh and relevant amid a storm that picked up the sports industry, as it had all others, twirled it around and plopped it back to ground.

On top of it all, SI readers wouldn’t see the magazine until about two weeks later.

“How do you anticipate a story that’s changing minute by minute and what the vibe will be in two weeks?” Cannella said. “That’s a challenge with a monthly sports magazine, under any circumstances. The sports world can change very quickly.”

Sports Illustrated began printing monthly earlier this year, and only recently began operating independently, after Meredith sold the former Time Inc. title in May last year to Authentic Brands Group for $110 million. Under new ownership, the media organization went through a period of layoffs, in what executives later said was necessary to correct the business.

A smaller newsroom staff has the potential to give the media outlet another obstacle in navigating the new normal, said Scott Rosner, academic director of the master of science in sports management program, at Columbia University.

“How Sports Illustrated would’ve covered this 10 years ago as a publication is likely to be seismically different than how they’ll cover it in 2020,” Rosner said.

Now, the task ahead of its staff members, as for all media organizations, is determining what level of appetite consumers will have for coronavirus-related stories versus stories not related to the pandemic. A task that can be hard to navigate, especially as traffic surrounding the coronavirus surges (SI says itself included) even though it can be difficult to monetize.

“A lot of it’s gut, a lot of it’s let’s throw out as many ideas as possible and see how we can find ways to tell stories about how people are continuing to do their jobs,” said Ryan Hunt, co-editor in chief of Sports Illustrated.

For this upcoming issue, the team settled on a mix, with the cover devoted to a powerful image that shows empty stadium seating, without much text, letting the image speak for the situation. 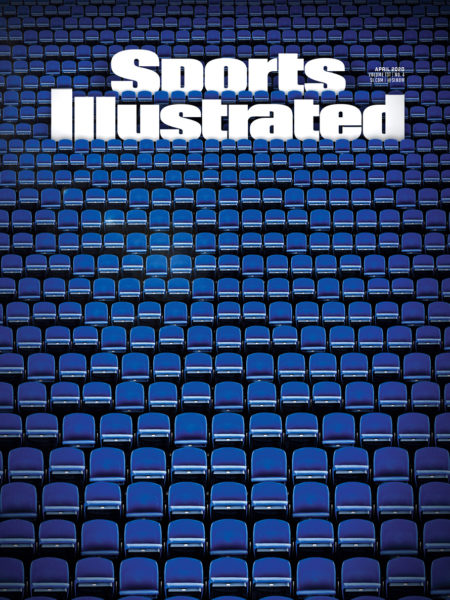 Sports Illustrated's cover came together in just a few days.
Provided by Sports Illustrated
Inside the issue, readers will find stories related to the virus, like a financial look at how the NBA will fare without the games as a revenue source and how the virus brought audiences and athletes closer together.

“We are a news organization, but SI’s calling card has always been not strictly events coverage. We’re storytellers,” Cannella said. “People want to consume and hear and enjoy stories of all kinds right now.”

The April issue, which closed last week and was delivered to homes on Thursday, will be around a normal size at 84 pages and 13 ad pages, from advertisers like Gatorade, Snickers, Harry’s and Skechers. A full page ad costs $100,000, according to its website.

The edition had to come together mostly digitally, and using the same tools that many virtual workforces have adopted, including email, Slack and Google Hangouts, Cannella said. It’s been a process that is “not quite as seamless as it usually is,” Cannella said, with tasks that test the bandwidth of the digital tools they’re using, like photo editing and moving large files.

Another challenge: having the crucial, special subsect of humans who prefer to physically edit print copy to work from home. But just like in other ways in the newsroom, they’re adapting quickly on their feet, and an expense from the magazine’s copy chief to buy a printer was greenlit.

“With the thought that we might be working like this for a month or more, we were willing to spring for a $200 printer,” Cannella said.