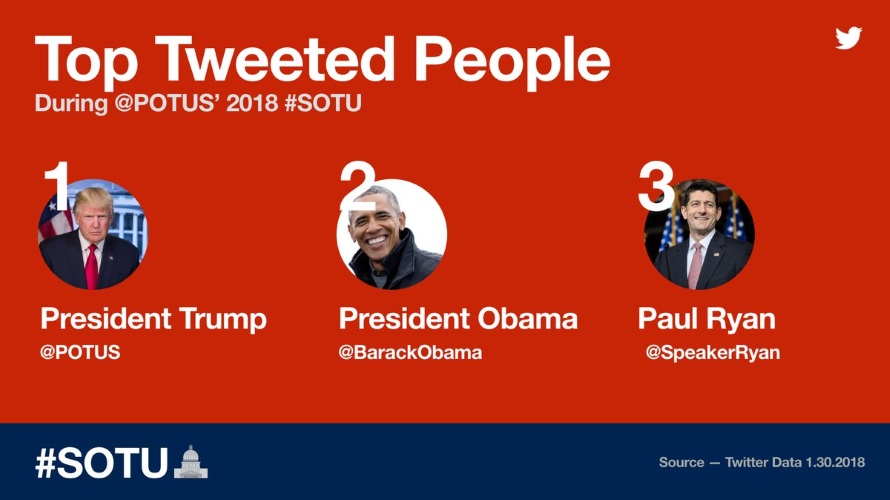 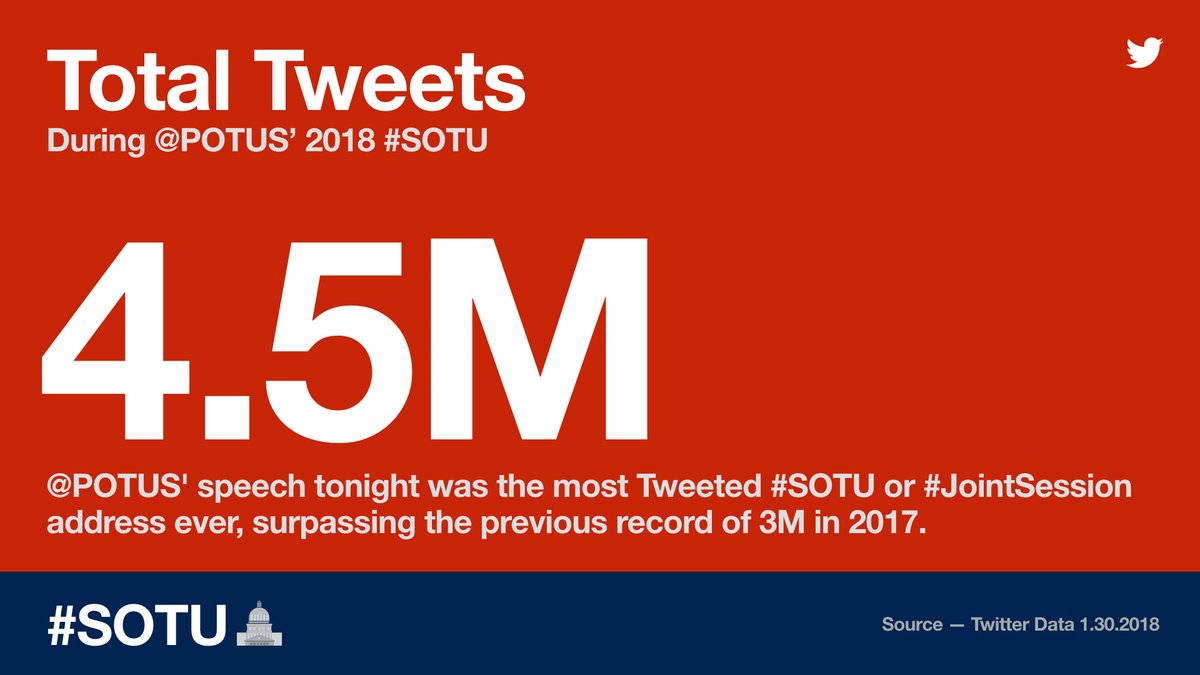 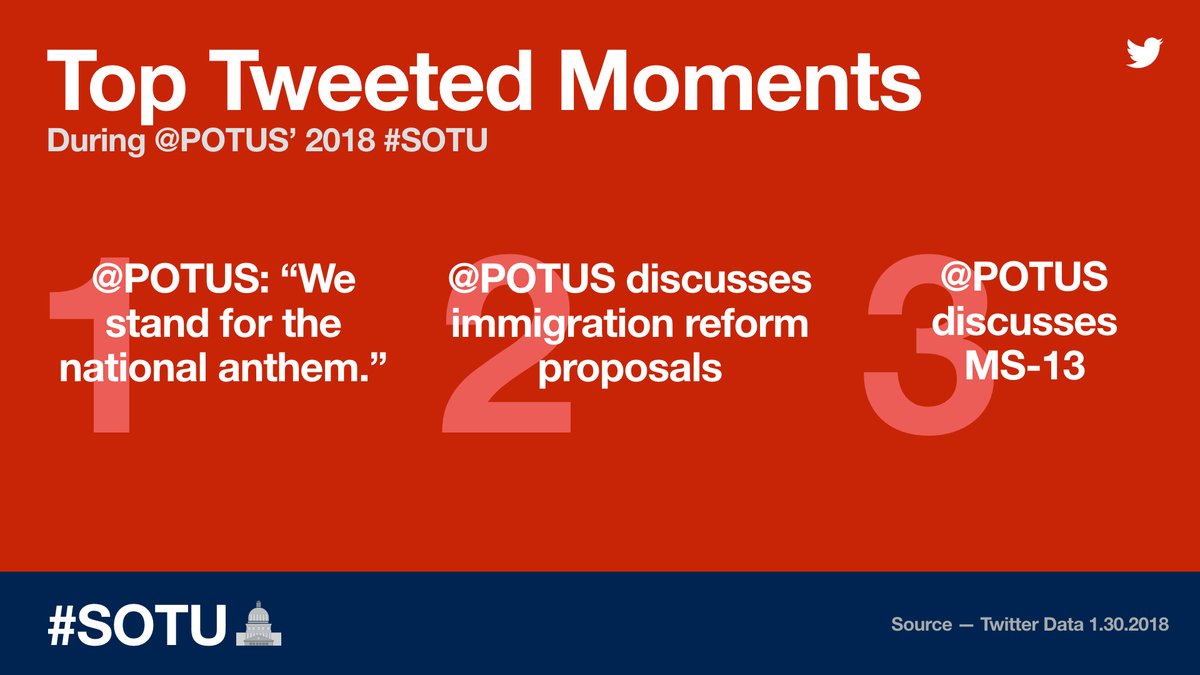 And the most-tweeted-about people during the SOTU were:

Finally, the most-retweeted tweet was Trump’s invitation to join him for the address:

Join me live for the #SOTUhttps://t.co/0SLktWxfHi

Meanwhile, on Facebook, ABC News and Fox News were among media outlets that livestreamed the SOTU, and social media marketing platform Socialbakers examined the contrasting reactions on the two networks’ feeds.