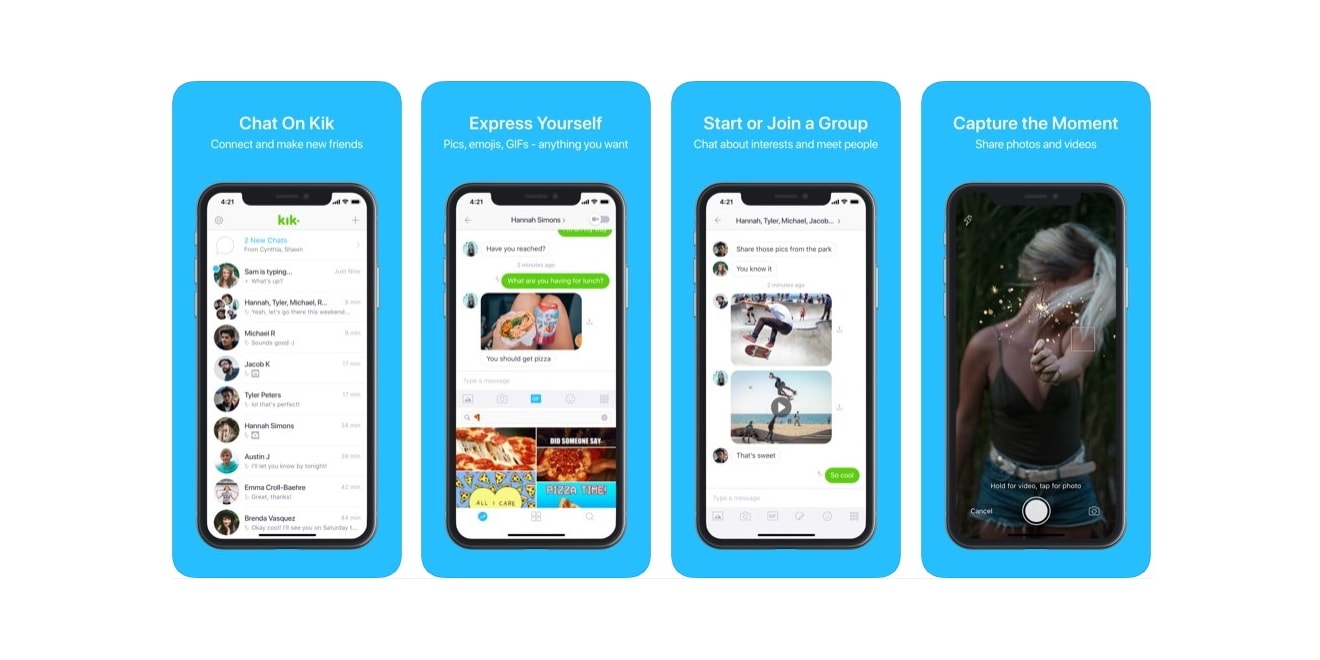 Kik for the iPhone - Credit by Kik/iTunes App Store

Reports of the demise of messaging application Kik turned out to be greatly exaggerated, as holding company MediaLab revealed late last week that it will acquire the app, which will remain active, but it will introduce advertising.

MediaLab said in a blog post on the Kik website, “We believe that Kik’s best days remain ahead of it. As part of that long-term commitment, we need to ensure that we’re able to cover our expenses. So, over the coming weeks, we’ll be introducing ads to the service. While we know that some of you may not love that idea, we plan to do it in a way that it is nonintrusive and in no way takes away from what makes Kik great (no annoying full-screen video takeovers or things like that).”

Last month, Ted Livingston, founder and CEO of Kik and cryptocurrency Kin, said in a Medium post that he was shuttering the messaging app to focus on the cryptocurrency, citing pressure from the Securities and Exchange Commission.

MediaLab—with other internet holdings including anonymous social media app Whisper and online mixtape distribution platform Datpiff—said in the blog post that it agreed to acquire Kik, and it will maintain and develop the app going forward.

The company said its plans for the app over the next few months revolved around “getting back to basics,” including making Kik faster, more reliable and less buggy, as well as making it the best place to connect with people who have similar interests and eliminating spam bots and unwanted messages.

MediaLab added that some features that it felt weren’t optimized will be sunset, such as the video chat toggle and Kik’s third-party bots platform.

The most recent data for Kik indicated that it had 300 million registered users as of May 2016, while Livingston said in his Medium post revealing his decision that Kin has over 2 million monthly active earners and 600,000 monthly active spenders.

MediaLab explained the motivation behind its acquisition in the blog post: “Ted Livingston and the rest of the team at Kik have spent the past nine years building something truly special. At the risk of sounding cheesy, we are still passionate believers in what the internet promised to bring in its early days—a connected and shared experience amongst people regardless of geography or time zone. Kik is one of those amazing places that brings us back to those early aspirations. One where you can instantly connect with someone from halfway around the world and forge a connection through common interest. Whether it be a passion for an obscure manga or your favorite football team, Kik has shown an incredible ability to provide a platform for new friendships to be forged through your mobile phone. As a group of nonconformists ourselves, we resonate with the Kik ethos and felt this was a community we wanted to help continue.”

The company also elaborated on the relationship between Kik and Kin: “We are fans of Kin and believe in its long-term potential. We are excited to further partner with Ted and his team on expanding the Kin integration and have plans to further support the project. We’ll have more to share on that front soon.”