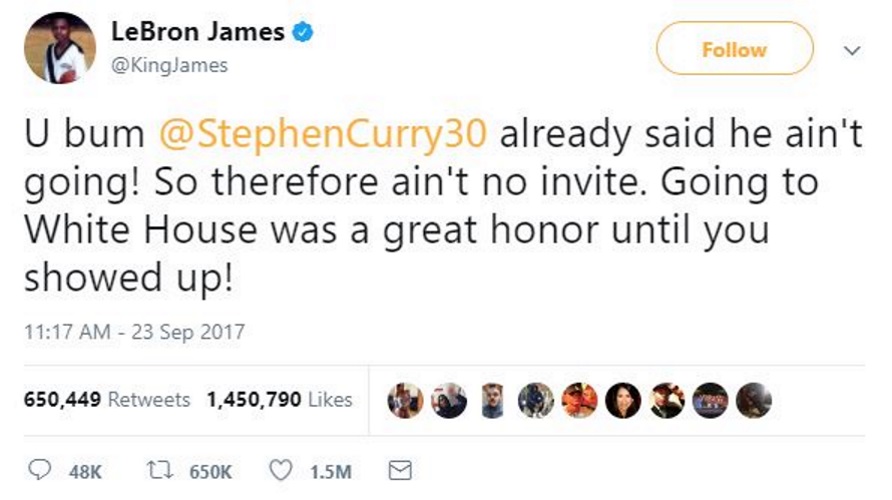 Twitter became a battleground between athletes and President Donald Trump this past weekend.

The social network said in an email to Social Pro Daily that from 9 p.m. ET Friday through Sunday night, more than 3.8 million tweets referenced the hashtags #takeaknee or #taketheknee, including some 2.5 million on Sunday alone, in response to Trump bashing National Football League players who protest by kneeling during the national anthem.

After Trump rescinded his invitation for the National Basketball Association champion Golden State Warriors to visit the White House, the response from NBA superstar LeBron James went viral, with more than 650,000 retweets and over 1.45 million likes at the time of this post.