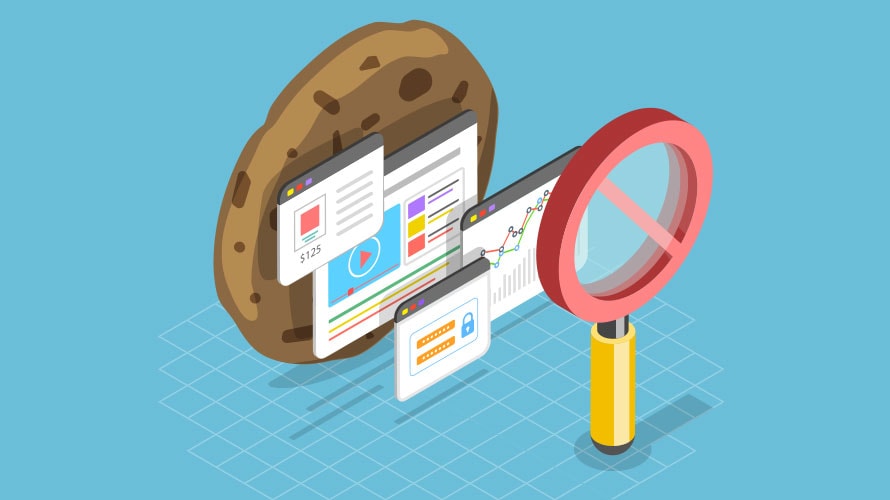 If Google were to block third-party cookies, it could be a massive change for the industry. - Credit by iStock

Google officially unveiled its much-touted privacy overhaul at its flagship Developer I/O conference this week, introducing a series of updates that have been widely hailed as sensible and fall just short of the widely feared “ITP in Chrome” scenario.

The announcement prompted a collective sigh of relief from those who make their money from ad tech (in particular from third-party data) as they won’t be switched off by default, a widely held fear over the past two months.

However, many believe this to be a portent of things to come in an industry where walled gardens are escalating ever-higher around (increasingly valuable) first-party data and that the majority of ad tech will have to wean itself off the cookie.

Google’s latest updates are based on the tenets of transparency, control and maintaining respect for the users’ choice on whether they are tracked by advertisers in the market-leading Chrome browser. Arguably, the most impactful update to the ad-tech and mar-tech sectors is that Google has declared war on “opaque” practices such as fingerprinting, a method often used by ad tech in environments where the normal functionality of cookies are depreciated.

And citing Facebook’s recently unveiled privacy commitment, he explained that as walled garden providers make it more difficult for advertisers to access objective data on how their campaigns are performing, the more important it will be for brands to have a direct relationship with consumers.

This will place an even greater premium on first-party data assets—of which S4 Capital is reportedly in market for—that will become greater or “more valuable,” he told Adweek.

In a post on Quora, Brian O’Kelley, an influential ad-tech figure and former CEO of AppNexus, said that in an ideal world the industry’s major browser providers would collaborate to end third-party cookies but allow for transparent targeting through a standardized API.

“There will be much uproar about whether Google’s own cookies are treated differently [in Chrome] than everyone else’s; if so, then anti-trust swords will be rattled,” he wrote.

“If not, then everyone will kick off a process (a la GDPR) of working with all of their publishers to make sure their cookies are properly labeled and then will cross their collective fingers hoping that consumers don’t block or clear 3rd-party [sic] cookies.”

Nathan Woodman, CDO, Havas Media Group, told Adweek that moves to improve privacy only serve to elevate the walled gardens ever-higher and that advertisers are beginning to find their options more polarizing.

When asked about the potential implications such measures to restrict ad tracking will have on advertisers and how they can assess the efficacy of their campaigns, Woodman suggested that brands will devise methods that are less reliant on third-party data.

This could include going all-in on a first-party data solution owned by one of the walled gardens or partnering with an identity resolution provider for audience segmentation, activation and measurement. Alternatively, they can build their own first-party ad tech.

The reality is that most brands will opt for a solution somewhere between the first and third option, depending on the importance of digital to their core business.

“The change created by Google’s announcement will force a lot of companies to seek new models of attribution that are not dependent on directly observed ad exposure,” Woodman added.

Additionally, there are attribution methodologies that can be more accurate than the current default means of using directly observed cookie matching, or mobile ID measurement. Although, they will take some time to mature, according to Woodman.

The industry has been fueled by speculation that cookies will soon become an outdated mode of ad targeting and tracking, particularly since Apple’s introduction of Intelligent Tracking Prevention in its Safari web browser, which is strict in its cookie restrictions.

This has led to a sizable (and growing) blind spot for advertisers that depend on directly observed ad exposure for measurement in that environment and one that is causing many ad-tech companies to diversify.

Speaking with Adweek prior to Google’s announcement, Danny Hopwood, president, digital display, EMEA, at Omnicom Media Group, said the speculation in the weeks leading up to the announcement will have caused companies to examine their reliance on cookies.

“I think there are some companies that have been impacted by ITP in Safari and trying to figure out this problem,” he said.

Rob Webster, CEO of Canton Marketing Solutions, said the latest updates (particularly the fingerprinting restrictions) are indicative of its desire to publicly declare its respect for data privacy while fending off potential antitrust criticisms (all sources consulted for this article shared a similar opinion about this).

“Fingerprinting has been around for a while and is normally used for tracking in environments where cookies do not work [such as Apple devices where Safari is the default browser],” he said.

Given the relatively small footprint of such devices (the Safari web browser has less than 20% market share), the vastly superior scale of Chrome (which has roughly 60% market share) poses new questions, according to multiple sources.

Webster added, “However, with this update, for [Chrome] users that choose to block tracking cookies, having no fingerprinting available either would (in essence) make them invisible from almost all tracking and targeting efforts.”

So, while the latest Chrome updates do not spell the hammer-blow to ad tech that was initially feared, it does signal to the industry that a more consumer-friendly approach to tracking, targeting and identity is necessary.

Jordan Mitchell, the IAB Tech Lab executive who took responsibility for coordinating the trade body’s pre-emptive moves for such measures, told Adweek the latest moves by browser controllers are a sign that things have to change.

“Clearly, this means that the tracking and data-sharing practices that our industry is accustomed to will no longer be successful and we should work together,” he said.

“I think the only way to do this is to show that we can be trusted and accountable to honoring the preferences set to a standardized ID, so that we can continue to have things like measurement, attribution, personalization, etcetera.”