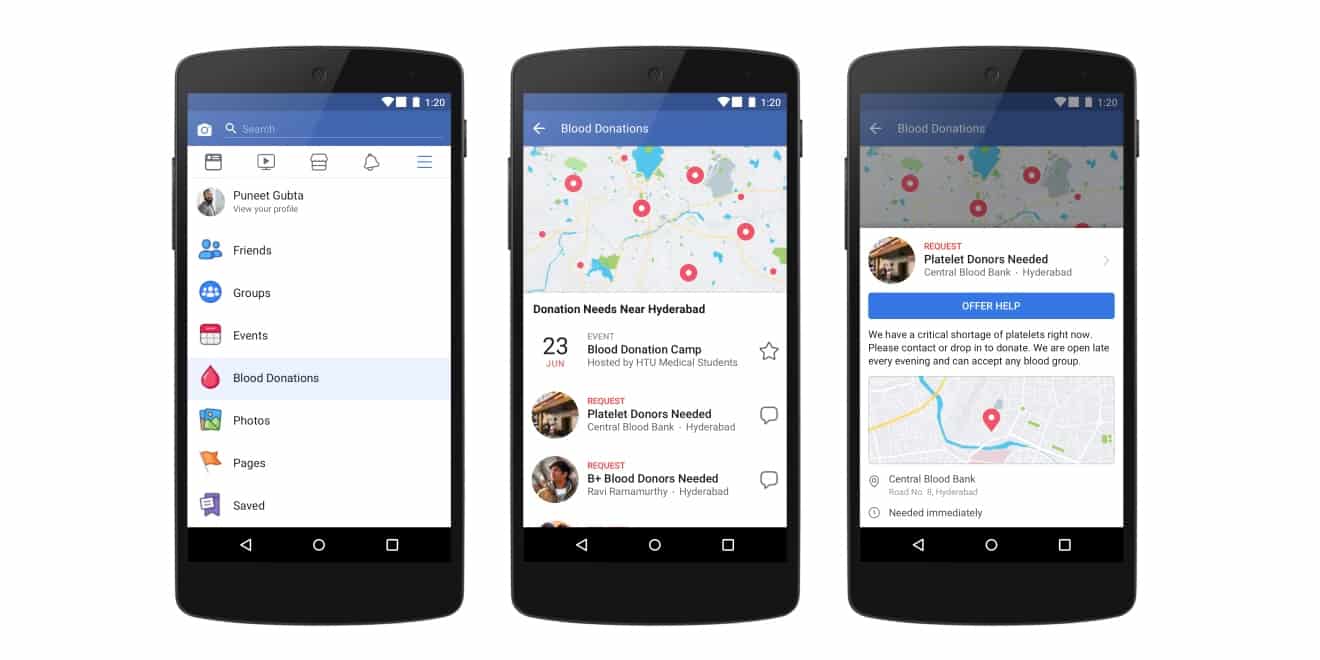 Facebook is marking World Blood Donor Day Thursday with the rollout of its Blood Donations on Facebook center in India, Bangladesh and Pakistan.

Blood Donations on Facebook enables users in those countries to find nearby opportunities to donate blood, as well as to receive notifications when there is a need for blood nearby.

Facebook introduced a blood donation feature in India last October, and the social network announced at its F8 global developer conference in May that the feature would be improved and extended to Bangladesh and Pakistan.

Blood Donations on Facebook rolled out in India, Bangladesh and Pakistan
Facebook
Product lead, health Hema Budaraju said in a Newsroom post that more than 11 million people have signed up in those three countries, and “thousands of donations have been facilitated” through the social network.

She wrote, “We know that when donors have information and opportunities to give, they step up to help. But often donors don’t know where and when to donate. Blood Donations on Facebook shows people opportunities to donate in their city, including nearby blood donation events, requests for blood donors and blood banks. We have also made it easy for organizations to add requests and events to the center. People will be able to access Blood Donations on Facebook from the explore menu on their device.”

Budaraju noted that blood donations are typically at their lowest in May and June in many countries, including India, so Facebook will run a campaign throughout June to encourage and educate people on the process, and the social network will team up with organizations including the National Blood Transfusion Council, a division of India’s Ministry of Health and Family Welfare, and Giants Welfare Foundation to organize more than 2,000 donation events on Facebook this month, which will be featured in Blood Donations on Facebook.