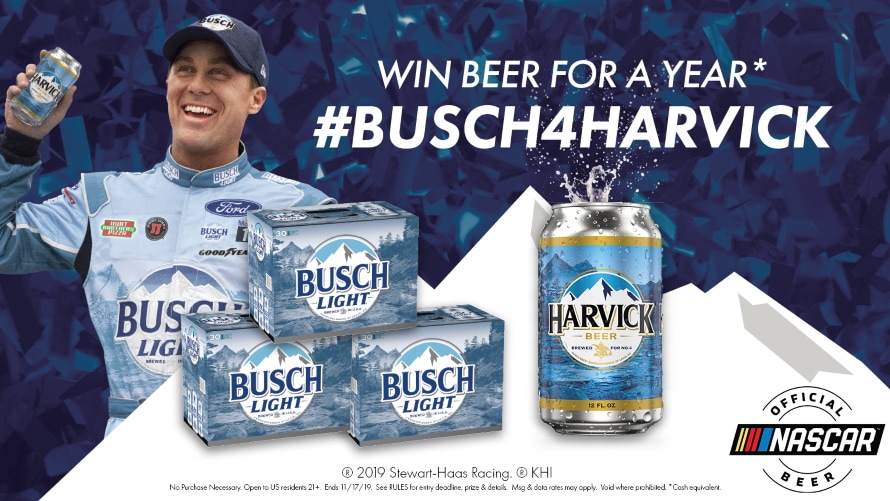 Busch will toast the Nascar driver it sponsors, Kevin Harvick, and his fans with a Twitter promotion as he tries to bring home the championship trophy at the 2019 Ford EcoBoost 400 Sunday from Homestead-Miami Speedway.

If Harvick takes or holds the lead at any point during Sunday’s race, fans who include the #Busch4Harvick hashtag in their tweets will be entered into a drawing to win beer for a year and a signed, limited-edition Harvick Busch can.

Busch will match the number of winners to the final number of laps Harvick leads during the race.

The driver of the #4 car is our #1 guy. So, for every lap @KevinHarvick leads during the championship, we're giving a year’s worth of Busch (cash equivalent) and a signed HARVICK can. Tweet #Busch4Harvick and #sweepstakes while he's leading on Sunday for your chance to win. pic.twitter.com/DPwT0AkqoO 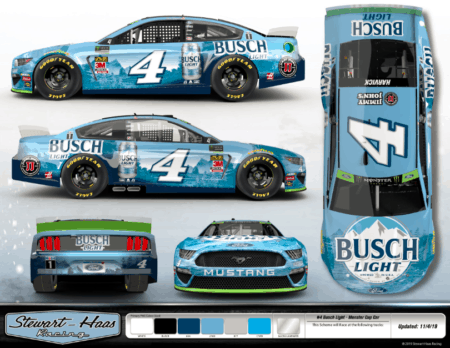