Stacy Spikes' ad-supported PreShow is on Kickstarter. Adweek saw it in action 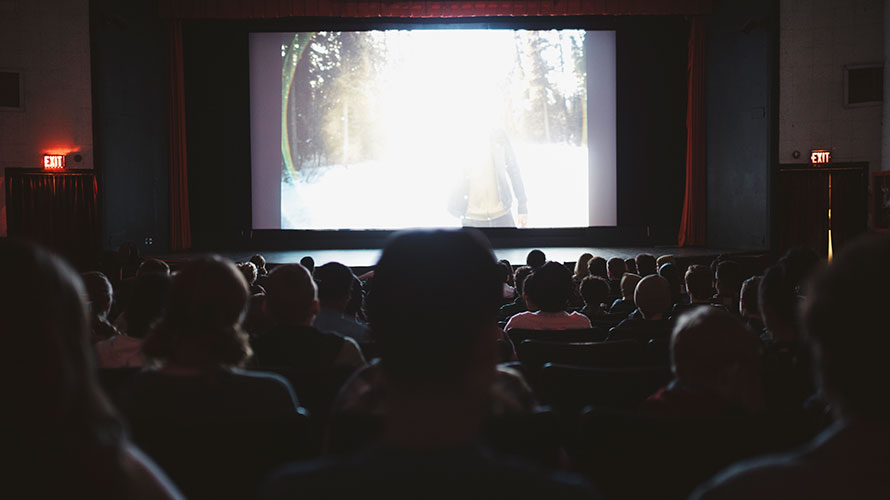 Spikes said the Kickstarter, which has a $10,000 target, is less about raising money than it is about reaching the film community on the platform.
Getty Images
Share
By Marty Swant
|
March 21, 2019
Share

Stacy Spikes, the co-founder of MoviePass, wants movie fans to watch 15 to 20 minutes of highly produced ads and other branded content on their mobile devices in exchange for a free ticket to a movie of their choice. PreShow, which is coming out of stealth mode today, will begin with a Kickstarter; early backers will have access to a beta version later this year.

By launching on Kickstarter instead of utilizing venture capital or other funds, Spikes—who gave Adweek an in-person demo—hopes he’ll be able to grow the user base in a more controlled and sustainable way. There are three donation tiers: $60, which will give early access to PreShow’s beta debut sometime in July, granting 30 invites for the giver’s friends to also join the beta for free; $25, which will come with 10 invites and beta access in September; and $15 for access in November and invites for five friends.

Spikes said the Kickstarter, which has a $10,000 target, is less about raising money than it is about reaching the film community on the platform. It’s also a way to test and change PreShow before rolling it out to the broader public next year. That slower rollout could also help Spikes get buy-in from advertisers along the way.

“The Kickstarter seemed to make the most sense because [of] the community in and of itself—you’re giving to the pilot program,” Spikes told Adweek. “And it’s a film community, so you really want to start with people who like movies versus going to raise VC money … Kickstarter began by funding films. It’s a community that loves the space. We figured, what better place to start than there?”

To ensure viewers are actually watching all 15 or 20 minutes of ads, PreShow is using Apple’s facial recognition software with three-step authentication. PreShow can identify that the face matches the user’s account, and it can tell if the person is looking away from the screen, or if they move away or get someone else to watch instead. If, at any time, it seems they’re not paying attention, PreShow will pause until the person is back into view. Spikes said users will be able to watch just part of the content and finish later, or even download a session onto their device to watch on subway or plane.

Earlier this week, Adweek got an early preview of how the facial tracking would work. In its current form, the unreleased version puts a thin green box around the video content when a person is in view, and a red box when that person looks away or moves out of view. When Spikes would look away during the demo, the video paused until he was back in view, and then it would automatically begin playing again. However, he said PreShow might not have the color-coded box when it rolls out to actual users.

To redeem their free movie, PreShow will transfer money for a ticket onto either a digital or physical credit card, which might be familiar to anyone who once used MoviePass. However, one difference is that PreShow won’t require a user to be physically present at a theater before reserving a ticket, Spikes said. He also highlighted that each user will only be able to have a maximum of two free movies on a card at once in order to prevent anyone from watching ads all day and stockpiling points.

While early users of MoviePass loved the concept of paying just $10 a month to see a movie a day, later adopters who began using the service after it was acquired in 2017 might have less-flattering memories of shifting prices, unavailable movies and frustrating customer service. Spikes, who left the company after Helios and Matheson purchased it, said many of the issues came after he left. He said it’s important not to rush something out the door too soon.

“The big thing is you always have to build something with integrity. And if you can build something that people love that delivers on the brand promise, stay with that and stick to that. … We had done something that was completely different.”
-Stacy Spikes, co-founder of Moviepass, on the platform's initial success

PreShow is hoping it will be able to utilize already-existing spending during the actual preshow series of ads that runs before each film. As people become more accustomed to reserving seats ahead of time, Spikes said there’s less incentive for people to arrive early for the commercials. He also wants to go after spending from the product placement market, which might be interested in advertising ahead of a movie as a way to double-down on messaging.

PreShow won’t be just traditional 30-second spots pitching products, Spikes explained. Rather, the plan is to use the time for branded content or brand-sponsored behind-the-scenes movie footage.

PreShow is still deciding on a pricing structure for advertisers, but Spikes said it won’t necessarily be impressions-based; he likened it to how brands sponsoring Spotify playlists. He also said ad rates will vary for each regional market, much like the price of a movie ticket varies between larger metropolitan cities and suburban or rural regions.

While PreShow won’t initially offer personalized viewing experiences, that’s the goal, Spikes said. A future user, for example, will be able to select their preferred movie genres, along with brands they want to hear from or interests that might be relevant to a hobby or upcoming vacation. He said the data won’t be sold to third parties, but will instead remain within PreShow’s own platform. There will also be a direct-response component. Brands will be able to use their allotted time for a call-to-action (for example, an auto advertiser will be able to ask users to sign up for a free test drive).

“I feel like there’s so much flexibility and room for this product to grow in. I feel like any client that wants to make their product more essential to their audience’s day to day life would be interested in something like this."
-Anush Prabhu, managing partner and chief strategy officer, MediaCom, on PreShow

While Spikes doesn’t have any brands lined up yet, he’s in talks with agencies who might be interested in buying media on PreShow.

Anush Prabhu, managing partner and chief strategy officer of MediaCom, said the ad-supported media market is a space that’s “weirdly untouched,” describing the idea of PreShow as “really fabulous.” Prabhu said he’s already shown it to other teams at GroupM and plans to spend with some advertisers during the beta trial.

According to Prabhu, combining interest-based targeting with compelling content creates an “awesome creative playground” for brand that want to reach an attentive audience. That might be appealing not just from traditional ad budgets, but also from other areas of spending, such CRM or innovation budgets.

“I feel like there’s so much flexibility and room for this product to grow in,” he said. “I feel like any client that wants to make their product more essential to their audience’s day to day life would be interested in something like this.”