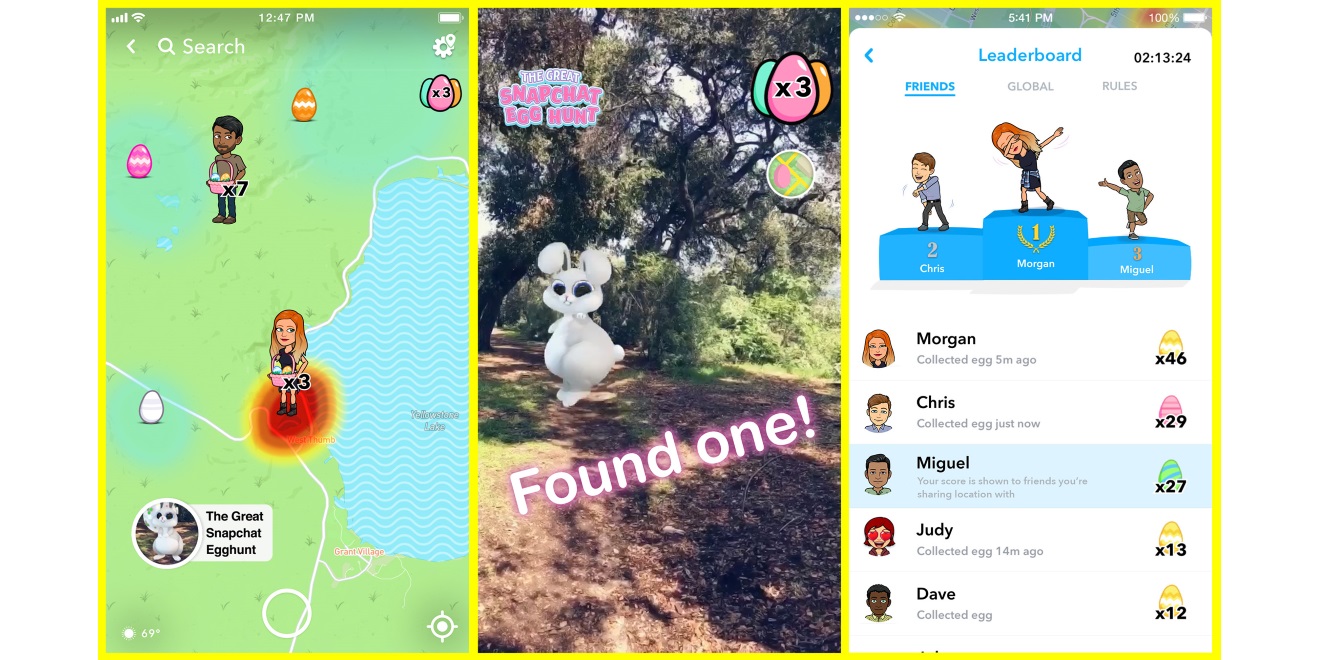 The Easter Bunny came to Snapchat and brought a taste of Pokemon Go with him.

Snapchat Friday introduced The Great Snapchat Egg Hunt, a Snap Map-based game that gives users until April Fool’s Day—9 a.m. PT April 1/midnight ET April 2—to collect as many eggs as they can.

Here’s how it works: Starting Friday, users in the U.S. and Canada will start seeing decorated eggs on their Snap Maps, “hidden” in public locations such as coffee shops, shopping centers, airports, college campuses and amusement parks. More than 1 million eggs will be hidden. 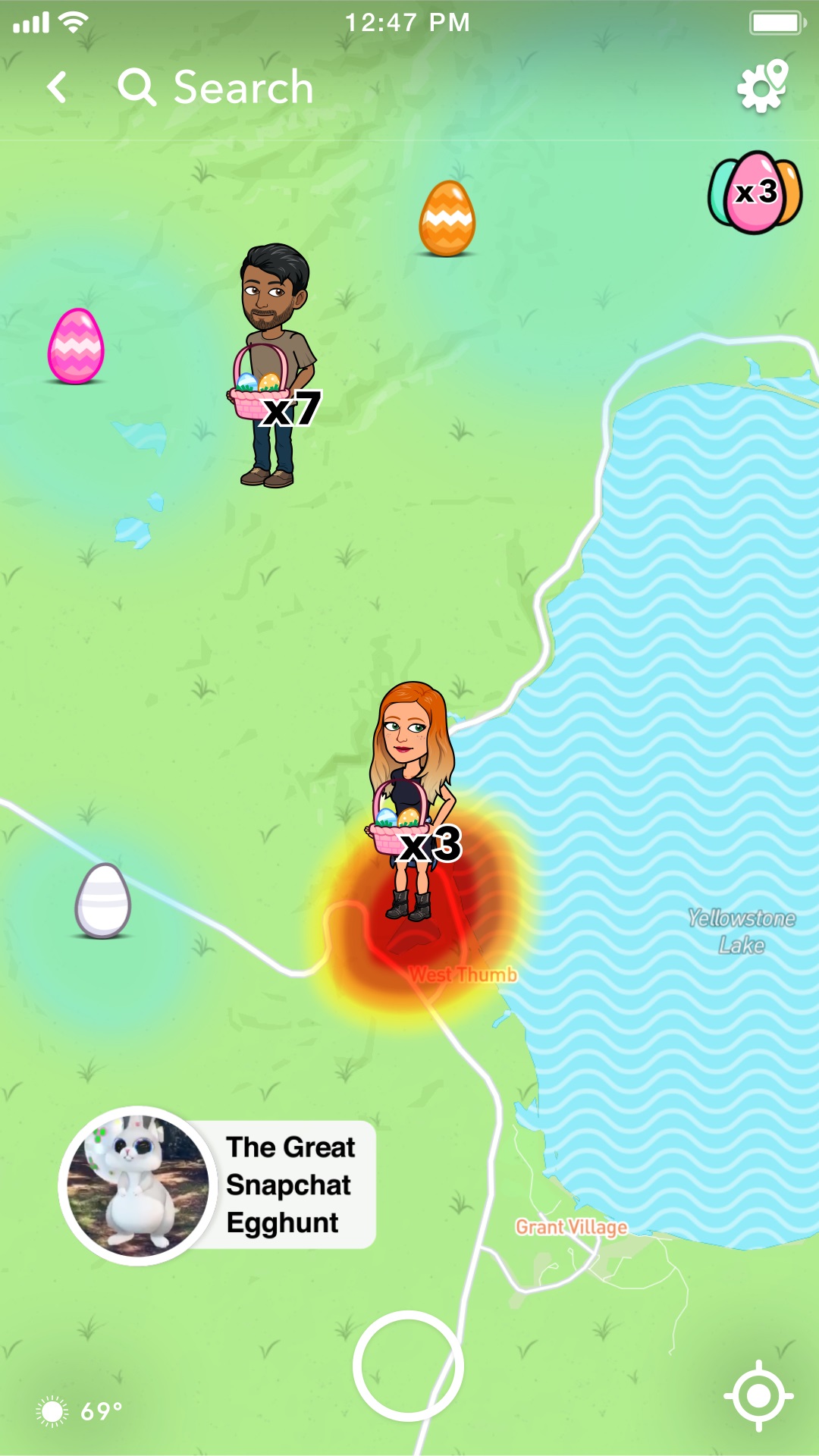 When users are near the locations where eggs are shown on their Snap Maps, they can tap the eggs to open 3D World Lenses on the rear-facing cameras of their smartphones and collect one point (or five points for rare golden eggs). 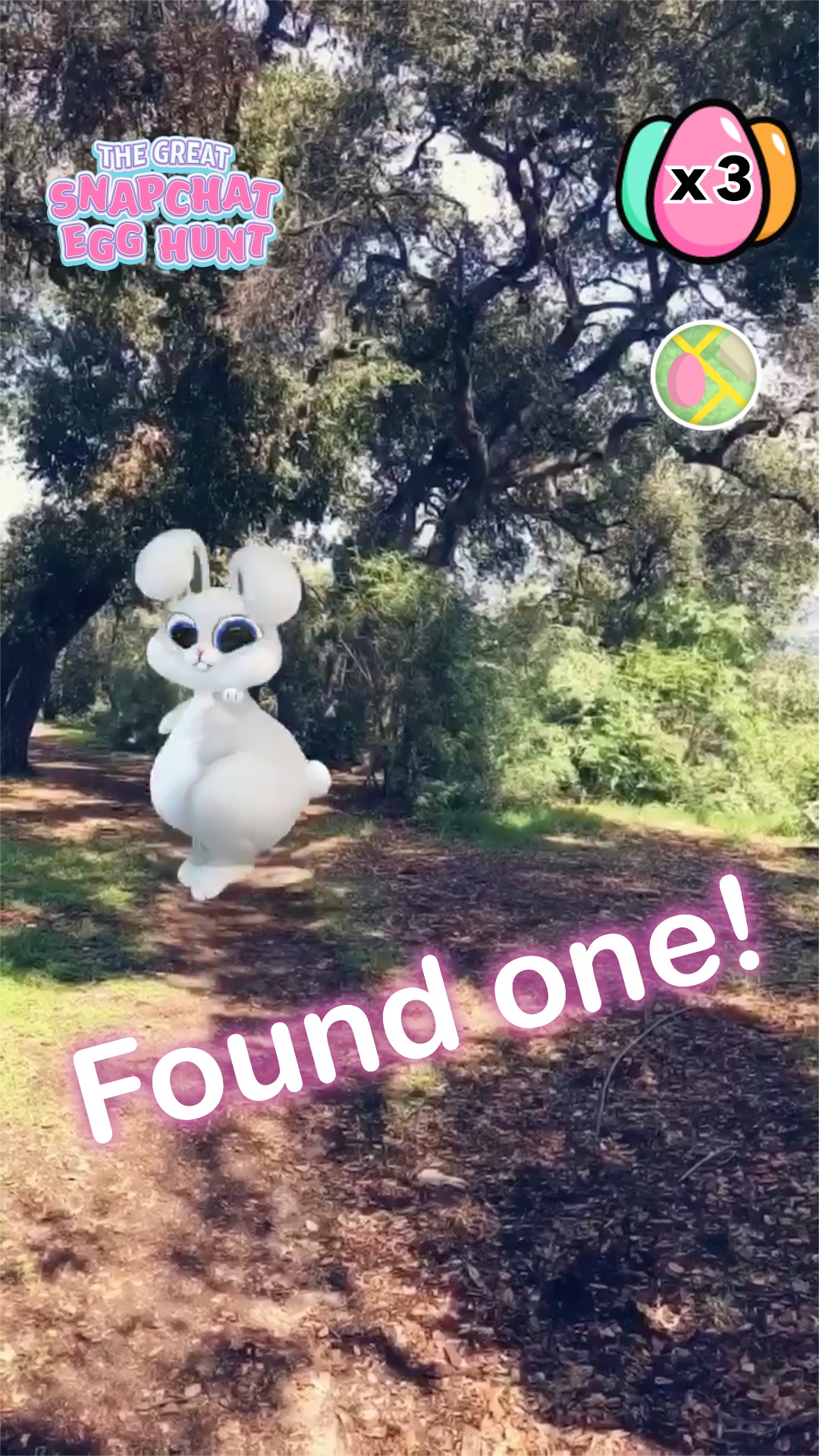 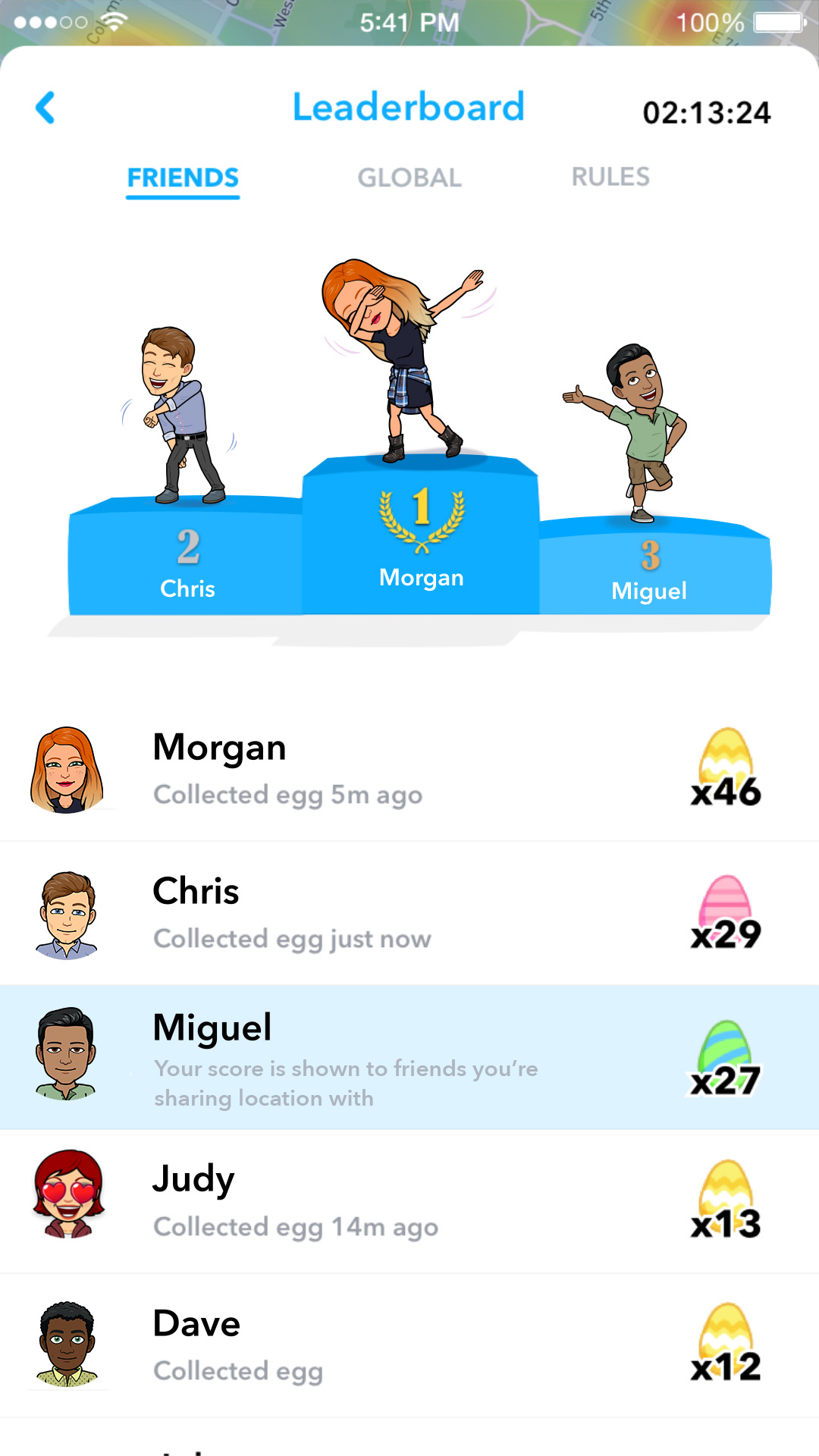 Snapchat stressed that the game is not a race, saying that users will have the opportunity to collect every egg that appears on their Snap Maps, and those eggs are not removed if friends get there first, remaining in the same locations for the duration of The Great Snapchat Egg Hunt.

Privacy options are the same as those for normal Snap Map usage: Users can share their location with all friends, a group of selected friends or no one by going into Ghost Mode.

Users in Ghost Mode can still participate in The Great Snapchat Egg Hunt, and their scores will only be visible to them.