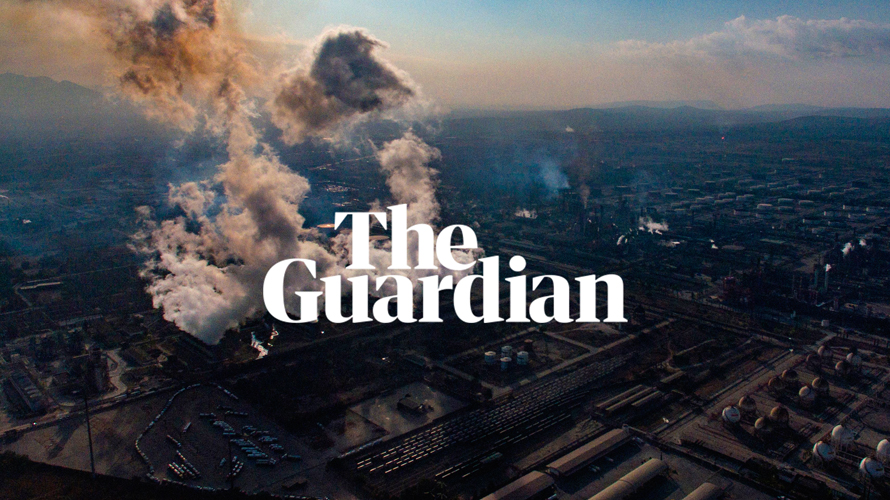 The Guardian makes the move as consumers and companies are increasingly looking to align with brands that share their values. - Credit by The Guardian

At a time when climate change is ravaging the world, and “sustainability” has moved beyond phrase du jour to an actual business model, philosophical—if not ethical and moral—questions vex media company executives. Do they continue taking money from companies they believe to be damaging the planet?

Today, The Guardian announced that it will no longer take advertising money from companies that extract fossil fuels.

In an interview with Adweek, the company’s acting CEO Anna Bateson said its decision to not do business with these advertisers was made in large part because of “what we saw and heard from readers on our bushfire coverage in Australia. [The climate crisis] is the existential crisis of our time.”

Bateson said this has been an “ongoing discussion” and a “healthy debate.” But the devastating environmental impact in Australia, where the outlet has a strong presence, brought ongoing feedback and questions about whether the media company could keep taking advertising dollars while receiving support for its powerful environmental editorial coverage, she said.

“We are beginning to push a modern view of advertising,” she said. “As we move into a post-cookie, more contextually significant world, I think the idea that an advertiser will choose to align with values and sense of trust in that brand, and around the right kind of formats and access of knowledge of readers, [means] it was the right time to take the step, where before we weren’t quite ready.”

Earlier on Wednesday, in a joint statement, Bateson and Hamish Nicklin, The Guardian’s chief revenue officer, said: “Our decision is based on the decades-long efforts by many in that industry to prevent meaningful climate action by governments around the world.”

This is not an insubstantial decision. The Guardian generates about 40% of its revenue (the company made about $292 million in 2018) from advertising, and by not accepting ad money from fossil fuel companies, the publisher may see a dent. Bateson declined to mention how much money these advertisers spent with The Guardian last year, but said “it was reasonably significant.”

Companies in the gas and oil industry tend to be big spenders. According to Kantar Media, petroleum companies spent $68.3 million in the U.S. on corporate advertising between January and September 2019 (these are ads that might run on an op-ed page or general corporate equity-building ads on TV).

“The funding model for The Guardian—like most high-quality media companies—is going to remain precarious over the next few years,” the statement reads. “It’s true that rejecting some adverts might make our lives a tiny bit tougher in the very short term. Nonetheless, we believe building a more purposeful organization and remaining financially sustainable have to go hand-in-hand.”

Over the last year, The Guardian has made increasing efforts to put its money where its mouth is. Last October, it became the first major international news company to become a certified B Corporation, which are businesses that “meet the highest standards of verified social and environmental performance, public transparency and legal accountability to balance profit and purpose.”

The Guardian also put forth a plan in October to reach net-zero carbon emissions by 2030. As editor in chief Katharine Viner said at the time, they believe the climate crisis is “the most urgent issue of our times.”

Today’s move was applauded by organizations like Greenpeace that have been pushing media companies to no longer accept money from the oil and gas industry.

“For too long, fossil fuel giants like BP and Shell, who are causing our climate emergency, have been able to get away with greenwashed advertising while investing 97% of their business in oil and gas,” said Mel Evans, senior climate campaigner for Greenpeace UK, in a statement. “This is a watershed moment, and The Guardian must be applauded for this bold move to end the legitimacy of fossil fuels.”

While The Guardian has chosen not to take ad money from these companies, will other media outlets follow suit? The New York Times, which stopped taking cigarette company money for ads that promote smoking in 1999, and The Washington Post did not respond to requests for comment.

The Guardian’s move can be seen as the corporate analog of 1971’s Public Health Cigarette Smoking Act, which banned cigarette ads from broadcast television. (The last cigarette commercial to appear on TV was a Virginia Slims spot at 11:59 p.m. during The Tonight Show.) Tobacco ads still run in print, although in 2007, R.J. Reynolds, owner of Camel and Pall Mall, did say it wouldn’t run ads in consumer magazines or newspapers.

When asked if The Guardian will look at other industries that have a negative effect on people and/or the planet and weigh whether to accept their ad money, Bateson said, “We believe in advertising, and we believe in consumer choice. This is the right conversation, and as the world develops, as readers and public opinion develop, we’ll look at how we approach it.”