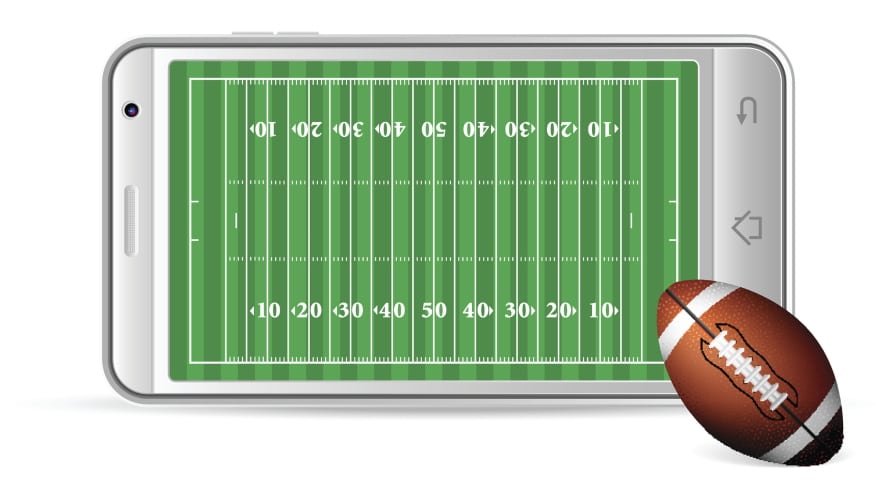 The league and Facebook initially partnered up in September 2017 with a multiyear global pact covering NFL Game Recaps from all 256 regular-season games and postseason clashes, as well as existing NFL Films franchises including NFL Turning Point and Sound FX.

Under the multiyear extension, which was revealed Thursday, Facebook Watch will continue to get recaps from all 256 regular-season games and postseason clashes, including the Super Bowl, as well as video highlights from events such as the Pro Bowl, the NFL Scouting Combine and the NFL Draft.

The league said more than 22 million people watched at least one minute of an installment of NFL Game Recaps on Facebook Watch in 2017 and 2018, with 28% of those views coming from outside of the U.S.

The NFL added that unique viewers of NFL Game Recaps rose 32% in 2018 compared with the previous season. 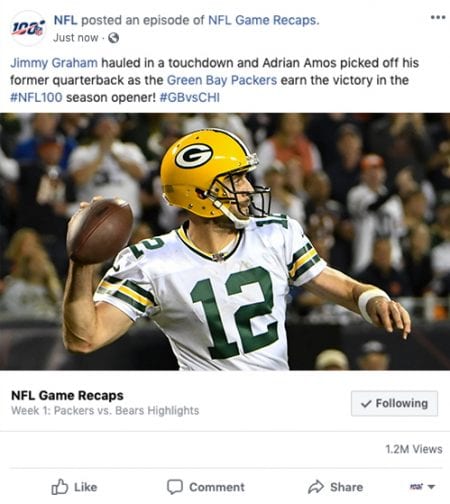 The league will also create Facebook groups based on specific content themes and share relevant video to those groups, and it will host a weekly Watch Party for one game recap each week throughout the regular season, with the aim of sparking conversations and connections.

The NFL has been active on the social and digital front of late.

The league struck a new partnership with Reddit last week for another season of Ask Me Anything question-and-answer sessions, as well as a video series derived from those AMAs.

The league also has ongoing relationships with Twitter and Snapchat, and it dabbled in social commerce with an Instagram shopping initiative for this year’s NFL Draft in April.

Facebook head of league and media sports partnerships Rob Shaw said in a release Thursday, “We’re thrilled to partner with the NFL to bring some of sports’ most-talked-about moments and storylines back to Facebook Watch. The past two seasons show how well NFL content performs on Facebook, and we look forward to helping the league find more ways to engage fans through products like Facebook groups and Watch Party.”

NFL vice president of digital media business development Blake Stuchin added, “Facebook continues to be an important partner in accessing millions of highly engaged fans around the world. As we celebrate our 100th season, we look forward to providing even more exciting ways for NFL fans on Facebook to watch, share and talk about their favorite NFL moments.”