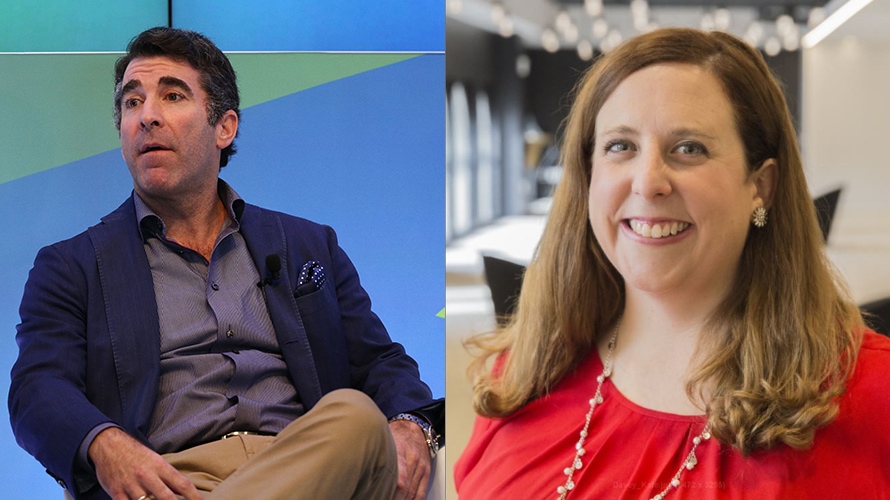 Hartman (l.) exited this week, and Kate Davey was named as his replacement on an interim basis. - Credit by Getty Images, The Washington Post

Hartman had been in the position, which included leading print and digital advertising as well as advertising for targeted products, since December 2014. He split his time between offices in New York and Washington, D.C.

Fred Ryan, publisher and chief executive officer of The Washington Post, thanked Davey for taking on the position  in an email to staffers obtained by Adweek and called the team “the best in the business.”

“We deeply value you and the extraordinary work you’ve put into delivering record-breaking results, year after year,” he continued. “I am personally committed to helping ensure your continued success.”

Hartman joined The Washington Post after serving as group publisher for three magazine titles—Time, Fortune and Money—and their respective websites. In that role, he oversaw ad sales and marketing internationally. Prior to Time Inc., Hartman was publisher of The Week and TheWeek.com.

In his role as the Post’s CRO, Hartman was named last year to Adweek’s list of 50 top industry leaders in marketing, media and technology. He was credited at the time for initiatives to usher in a new period of growth for the Jeff Bezos-owned company, including building a nine-figure ad business and launching a brand studio as well as Red, an ad-tech division.

Hartman recently participated in a journalism summit in Key Biscayne, Fla., where he talked about WaPo’s subscription business strategy.

In a Thursday email to staff obtained by Adweek, Davey said she hoped everyone “had a few moments to process the news.”

“I encourage everyone to use this moment to dig deep and be inspired to think about what you can do to lead yourself and others to a successful 2018 and even greater 2019,” Davey wrote.