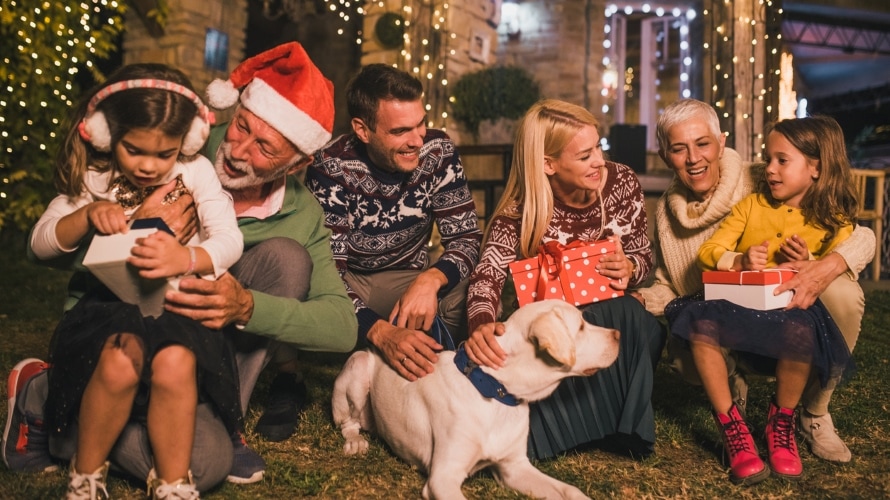 People on Facebook and Instagram were caught up in the holiday spirit in December, as Christmas and New Year’s Eve absolutely dominated conversation on both networks for the month, according to the newest installment of Hot Topics from Facebook IQ, the social network’s research arm.

In the entertainment category, Facebook users headed for the cinema, talking up Jason Momoa, Bradley Cooper and Sandra Bullock, while Instagrammers took to their couches to watch the Golden Globe Awards.

Scarves and LG Electronics topped talk about brands and products on Facebook, while Instagrammers discussed Ole Henriksen and the Canon EOS 70D camera.

Catriona Gray and Richard Overton were the most-discussed people on Facebook last month, while Miley Cyrus and David Goggins captured the attention of Instagrammers.

Finally, in the food and drink category, Facebook users opted tor the spice of Vietnamese food, while Instagrammers clinked their champagne glasses in December. 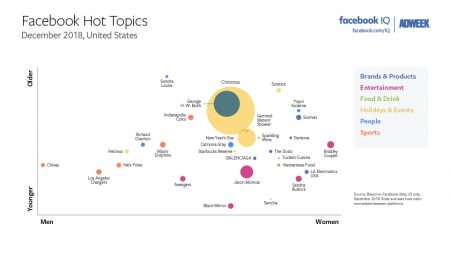 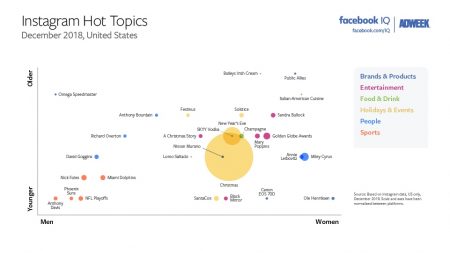