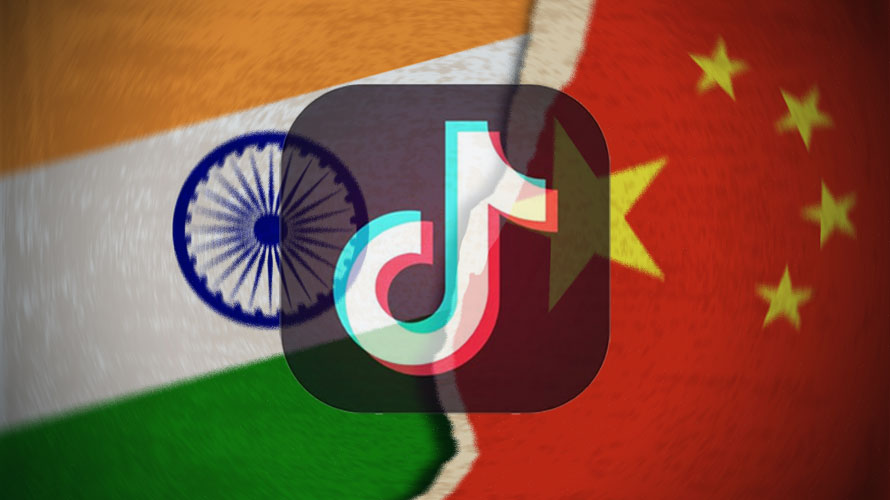 The government of India said today that it will ban 59 mobile apps with ties to China, including TikTok, amid escalating military tensions between the two Asian superpowers along their shared border.

The apps “pose a threat to [the] sovereignty and integrity of India,” India’s Ministry of Electronics and IT said in a news release, noting data security and privacy concerns.

On that list is TikTok, owned by the Chinese company ByteDance, perhaps the most influential emerging social media platform in the world in recent years, as well as Tencent’s WeChat and Sina Weibo, prominent social platforms in mainland China.

India was the No. 1 country for mobile downloads of TikTok at 46.6 million in February alone, according to app analytics firm Sensor Tower. By comparison, the United States, where TikTok has grown astronomically in recent months, saw 6.4 million downloads during the same time period.

“Building empowered local management teams in the countries where TikTok operates, including India, has been critical to our global success,” TikTok spokesperson Laura Perez said in an email Monday night. “While the Government of India has issued an interim order to block 59 apps, the ByteDance team of around 2000 in India is committed to working with the government to demonstrate our dedication to user security and our commitment to the country overall. We are proud to provide hundreds of millions of users in India – and around the world – a creative platform for their stories, performances, education, and, often, a way to make their livelihood.”

TikTok was already briefly banned in India over child safety concerns last year, but after the company appealed, its app was allowed to be reinstated in the App Store and Google Play.

Last week, The Hindustan Times reported that the Indian intelligence community recommended a list of 52 apps to Prime Minister Narendra Modi’s government for removal. That original list included Zoom, which has seen enormous user and revenue growth in recent months due to the Covid-19 pandemic. Zoom, a U.S.-based company, was not among those banned today.

The decision comes two weeks after tensions between India and China’s military forces became deadly along their shared border; 20 Indian soldiers were killed in a recent skirmish.

TikTok has often been criticized around the world for issues of user privacy and the app’s proximity to the Chinese government.

In the U.S., TikTok is under intense scrutiny. ByteDance’s 2017 acquisition of Musical.ly, which was rebranded as TikTok, is under a national security review by the Committee on Foreign Investment in the United States. Additionally, the company was fined $5.7 million by the Federal Trade Commission over children’s privacy violations last year, and a pending Senate bill would prohibit the app from all federal government phones.

Spokespeople for TikTok have previously denied it is owned by a Chinese company. Rather, as they told The New York Times recently, TikTok and all Chinese properties are owned by ByteDance Ltd., a company incorporated in the Cayman Islands.

The platform has gained additional momentum in the U.S. and hired Kevin Mayer, the former head of Disney’s streaming operation, to be its new CEO in May.

This article has been updated to include a statement from TikTok.